The desi vs videsi argument – which side are you on? 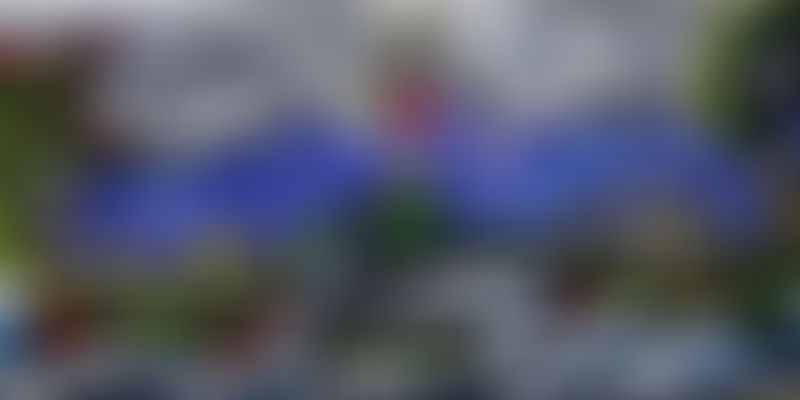 When Skipper Sourav Ganguly waved his shirt wildly from the balcony of Lord’s stadium after India defeated England in the 2002 Natwest Series final, it was an epochal moment for Indian cricket. It signified the beginning of the aggressive era of Indian cricket, and fans in India rejoiced.

You would think a similar response would greet Paytm’s Vijay Shekhar Sharma when he publicly took on WhatsApp this month, or in earlier instances when Flipkart and Ola founders took on multi-national competition. Far from it, they were met with outright derision at worst, and snide comments at best. Very few supported the founders.

An investor had this to say:

We Indians automatically assume that what’s foreign is always better compared to the Indian option. We also do not like to see another Indian succeed. Between WhatsApp and Paytm, we would rather the former succeed not the latter. For years we were told study well, learn good English, top the IITs and IIMs and you will get a good job at an MNC. That’s the pinnacle. You do that and then you see some guy starting up, getting large rounds of investor money, making money with his business, buying a bungalow in Lutyen’s Delhi, and you are unhappy. You have to pull him down. We would rather celebrate the Indian origin executive who heads an MNC, rather than an Indian entrepreneur who builds a successful startup.”

There is merit in this argument, but is it simply a case of sour grapes and ‘colonial hangover’?

Step back a bit to take a bigger picture look, and you will see a struggle is underway - a struggle to shape the character, and maybe even the soul, of the Indian startup ecosystem. Even as this ecosystem has grown rapidly over the last few years, most of the narratives have focused either around the hero’s journeys of successful founders, or the funding amounts and valuations that have been in the news.

But do we know what the character of the Indian startup ecosystem is? The Silicon Valley ecosystem evolved over decades. Companies like Apple, Microsoft and even Google, in their infancy, did not face the intense scrutiny that companies and founders are subjected to in this era of 24x7 news coverage. Today, we associate the Valley with meritocracy, geekiness, brashness and even cut throat-ness. That character did not evolve overnight.

The tech startup ecosystem in India is very different from the traditional businesses that this country is used to. Startup founders and employees take their cues from the Valley, and yet there is a sort of spillover effect from the traditional industry, where public genteel-ness and geniality mask the actual ferociousness of competition.

It is in this context that we should look at the reactions of many in the immediate industry and beyond, when faced with obvious aggression from startup founders.

We want our startup founders to be aggressive, and take on global competition, but also be nice and help each other out. (Many working women will understand this conundrum!)

Let’s get one point straight. Everyone YourStory spoke to for this article says that in the Paytm Vs WhatsApp spat, they are on Paytm’s side on the point of special treatment given to the global messaging leader.

NPCI giving special treatment to WhatsApp is wrong. There are other fintech startups who have also complained that NPCI is not transparent. NPCI should be more transparent, put all the guidelines clearly on their website. And they should not give special treatment to anyone. As a national institution they just shouldn’t do it,” says Mohandas Pai, Co-founder of Aarin Capital.

What are the issues then?

The first one is this: the Indian biggies—Flipkart, Paytm and Ola—raised lots of money, used tactics like heavy discounting and ensured Indian competition was all but wiped out. Now when the MNCs like Uber, Amazon, WhatsApp and Google use similar tactics, they are crying foul.

“Look at Ola and Uber or even ecommerce companies. They have a lot of capital at their disposal, they have been doing massive discounting, predatory pricing etc, and destroying everyone else,” says Mohandas Pai.

Now that multi-nationals like Amazon, Uber, Google and WhatsApp have become direct market share threats, there are howls of protest, or so say those who are calling out Flipkart, Paytm and Ola.

The counter to that is that this is business. These companies, just like all companies in the world, are here to scale up and out compete competition. Facebook, Google, Microsoft and other large giants did the same in the US. So, it follows, these companies will protest when they are under threat.

“Why shouldn’t a Flipkart or Paytm selectively complain or selectively protest? Why shouldn’t they demand protection? They are businessmen at the end of the day. Also, these entrepreneurs and companies didn’t get protection or favouritism when they started out. They have grown on their own steam so far. They did not get more funding as a result of favouritism. That cannot be taken away from them,” says the investor quoted earlier. He spoke on condition of anonymity.

True. But the counter to the counter is then these companies should not have a problem when the Government opts to protect the little guys like it has in the case of retail, or sets tariff limits.

The second issue is this: now that they have got loads of capital, they want to close the gates and not let in foreign competition.

However, in the latest Paytm-WhatsApp spat, Vijay Shekhar Sharma said he isn’t against open markets, but against special treatment. But, Flipkart and Ola founders Sachin Bansal and Bhavish Aggarwal in late-2016 had demanded the Government keep foreign companies out of India like China has done. These two firms, along with other ‘Indian’ companies like MakeMyTrip, Hike and Quikr have also reportedly formed a lobby group, Indiatech.org, to represent the interests of local companies.

We are not China. Hopefully not going the US way. We should be an open economy. Indian consumers deserve the best. The government or ecosystem should not prevent anyone from entering India. As much as we want to celebrate our startups, it should not be because of protection,” says K Vaitheeswaran, founder of ecommerce pioneer Indiaplaza, and author of Failing to Succeed – The story of India’s first e-commerce company.

The opposing side’s counter to this is the same as the earlier point: “why not?” “The earlier generation of entrepreneurs demanded and got protection but they are feted as heroes. Why not Sachin Bansal. Why shouldn't they demand protection?” asks the investor quoted earlier.

Do they bleed blue?

That brings us to the crux of the issue that most have. Are these companies really ‘Indian’?

What is an Indian company? It should be registered in India, Indians are in senior management, and they decide the future of the company and not someone outside India. None of these companies tick all these points. What is the difference between a Flipkart and an Amazon. The decisions are made by overseas investors in both cases. Then how can it be India vs overseas,” asks Mohandas Pai.

Flipkart is foreign owned and domiciled. Paytm is subsidiary of a foreign company and operates at their behest. As deeply loss making companies, their long term strategy is driven by the beliefs of investors, which are entirely foreign. In that sense, this call for nationalism is disingenuous. In fact, this flavour of nationalism is itself borrowed from the Chinese,” says Kashyap Deorah, serial entrepreneur and author of The Golden Tap: The Inside Story of Hyper-Funded Indian Startups.

But is this the fault of these founders? It is not like they refused Indian money and opted for foreign sources of capital.

“Nationalism point doesn't fly with me. None of them are Indian. I wish they were Indian. But that’s not possible. To complete, you need massive capital and for that you need foreign capital,” says Vaitheeswaran.

The issues raised are complex and there are no easy answers. But people have started taking sides. There is a churning going on under the surface; what side are you on?