The devil in the angel tax 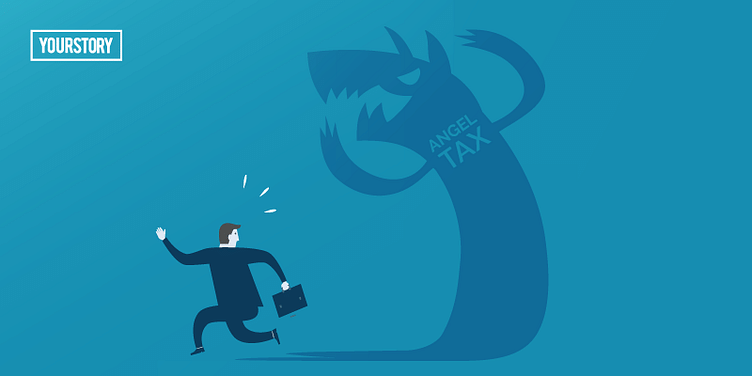 How Section 68 of the Income Tax Act is more nefarious than Section 56(2)(viib).

As the entire Startup and Angel Investor ecosystem in India cheers the recent relaxations by the Tax authorities about “no coercive measures” to recover outstanding amounts and a clear deadline for the disposal of pending appeals by 31st March 2018, we must aware that every silver cloud has a dark lining. While many column inches have been dedicated to the angel tax (section 56(2)(viib)), none have spoken about a far more nefarious section: Section 68 (Unexplained Cash Credits).

Section 68 of the Income Tax Act, 1961 states that any sum credited to the books of accounts of an assessee can be charged to tax if:

Where any sum is found credited in the books of an assessee maintained for any previous year, and the assessee offers no explanation about the nature and source thereof or the explanation offered by him is not, in the opinion of the Assessing Officer, satisfactory, the sum so credited may be charged to income-tax as the income of the assessee of that previous year.

The issue for startups:

The issue for Startups arises specifically from the text which follows:

Provided that where the assessee is a company (not being a company in which the public are substantially interested), and the sum so credited consists of share application money, share capital, share premium or any such amount by whatever name called, any explanation offered by such assessee-company shall be deemed to be not satisfactory, unless—

(a) the person, being a resident in whose name such credit is recorded in the books of such company also offers an explanation about the nature and source of such sum so credited; and

(b) such explanation in the opinion of the Assessing Officer aforesaid has been found to be satisfactory:

Several startups, faced with the sword of section 56(2)(viib), also have to contend with section 68, which again allows for significant discretionary powers in the hands of the Assessing Officer, compounded by the discretionary powers already afforded by section 56(2)(viib). The link between the two sections actually pierces the corporate veil of the Company, wherein they need to obtain the books of accounts of their investors and explain to the tax authorities the source of the funds from the investors’ perspective.

Some of the startups who have gotten notices under 56(2)(viib) have also received notices under section 68. The demand under 68 is harsher still as some of the Startups have been asked to provide the Income Tax Returns and bank statements or books of accounts of their investors for the past 3 years so that they can trace the source of the funds.

While Section 56(2)(viib) taxes any such excess premium in the hands of the Startups at the Maximum Marginal Rate, Section 68 has a tax rate of 83.25% as it falls under the provisions of Section 115BBE. 115BBE states that the income will be taxed at 60% and will be further increased by 25% surcharge, 6% penalty, i.e., the final tax rate comes out to be 83.25% (including cess). The 6% penalty won’t be levied if the return of income and tax has been paid on or before the end of relevant previous year.

While the intent of Section 56(2)(viib) and Section 68 were to plug loopholes in the law to prevent the laundering of black money, Startups have inadvertently been caught in the crosshairs of these provisions as collateral damage. Thankfully, the Tax Department and Government have taken cognizance of this and are assuring all stakeholders that remedial measures will be instituted.

The fact that the Department stated that “no coercive measures” would be taken shows that they have the right intentions in mind and are looking to nurture the Startup ecosystem.

Thus we are hopeful that while the Angel Tax provision gets rectified, the other associated sections should also be amended to ensure that law-abiding startups don’t end up as collateral damage in the Government’s campaign against Black Money.

After all, a tax is not the best form of defence.