With nearly 300,000 kg of e-waste saved from reaching landfills, Karo Sambhav is creating wealth from waste 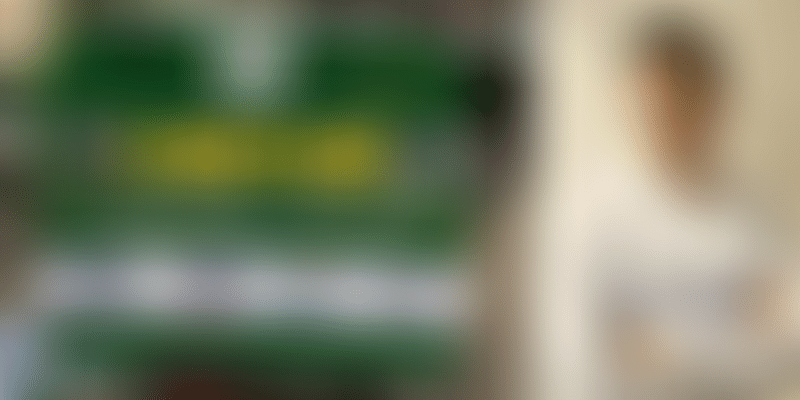 By engaging with citizens and MNCs including Apple, Lenovo, Dell and HP, Karo Sambhav has successfully kept nearly 300,000 kg of e-waste away from landfills.

India is the fourth largest electronic waste producer in the world. The devices which produce e-waste in the country include appliances such as refrigerators, laptops, lamps, printers, phones, calculators, among other things.

The accessibility of cheap mobile phones has majorly contributed to the generation of e-waste, according to the Global E-Waste Monitor 2017.

With over 650 million mobile phones in circulation, including 300 million smartphones, over 25 percent of them end up as e-waste annually.

Further with the increasing thrust being given to Digital India and computer access, India today produces 2 million tonnes of e-waste annually against the global 44.7 million tonnes.

Recognising the immediate dangers of unchecked e-waste which ends up in landfills, Pranshu Singhal founded Karo Sambhav to enable a sustainable and systemic transformation of India’s e-waste sector.

“The problem of e-waste is only going to grow exponentially. It’s important to engage with the issue because the problem cannot be solved without behavioural shift on how we treat e-waste,” he says.

With an end-to-end value chain for management of e-waste and by engaging citizens, MNCs including Apple, Lenovo, Dell and HP, Karo Sambhav has successfully kept 2,91,310 kg of e-waste away from landfills.

A whopping 95 percent of this waste is primarily treated and broken down by the unorganised market. “For the last two decades, the problem of e-waste has been talked about, discussed and regulated, but has lacked a holistic stakeholder approach,” Pranshu adds.

Despite this vast amount of waste production, India did not have a central e-waste (management) rule until 2016. The Environment Ministry has mandated industries to collect 10 percent of e-waste during 2017-18 through the Extended Producer Responsibility (EPR) plan.

Engaging with this opportunity, Karo Sambhav, founded in May 2017, partnered with industry associations, state IT departments, municipal corporations, NGOs, informal sector waste pickers, collectors and aggregators to build a country wide cohesive e-waste movement. Their aim was to enable people and institutions to responsibly recycle their electronic waste while ensuring sustainable livelihoods for waste pickers and aggregators.

Varsha Ganguly from URMUL Trust says, “We have all learnt about different aspects of e-waste. Translating this understanding through our actions has given us a sense of social commitment and hopes for a better world — economically and environmentally. Until now, as individuals, we did not know where to and how to dispose our electrical and electronic waste and therefore were not doing anything proactively for e-waste disposal.”

By connecting with Karo Sambhav, today URMUL trust is spreading the message that scientific recycling and safe e-waste disposal is possible. It was through the URMUL’s sustained efforts that two aggregators from Bikaner — Pankaj and Shabir (Bablu) — decided to go beyond the business of trading e-waste.

The duo are currently engaging with other aggregators across Rajasthan to spread awareness on e-waste management, fair business tactics, and ethical way of disposing e-waste.

“We started with addressing the environmental impacts of e-waste. The actual challenges we ended up addressing were those of social issues — creation of sustainable livelihoods, health, education, corruption and legitimacy of business,” Pranshu adds.

Today, the organisation is present in 28 states, three union territories and 68 cities. Its work includes collection and awareness on e-waste; its community awareness programmes have reached 1,000 plus schools.

Swati Ganguly, Director of Juana Technologies, says, “Through Karo Sambhav, we have become a part of a larger e-waste ecosystem. We have reached out to over 550 schools through its school programme.”

Through regular interaction with students in the form of workshops and seminars, Swati’s team is creating awareness on crucial environment and social issues.

Referring to the informal e-waste aggregators of Seelampur, a district in Delhi infamous for the mishandling of e-waste, Swati says, “Now students are aware of the impact of toxic metals. The emotional impact of this learning is crucial for future behavioural change.”

Karo Sambhav has partnered with offices, government institution, school, universities, and hospitals including Ashoka University and Jammu and Kashmir Academy of Art, Culture and Languages. They dismantle and recycle the electronic equipment in an environmentally sound way.

The organisation has also launched a mobile application which provides a user a 360-degree solution for their e-waste. Individuals can request the Karo Sambhav team to collect their e-waste, irrespective of the quantity or weight, from a pick-up location and also track its recycling process. The app also connects waste picker, repair shops, and waste aggregators under one platform.

“Our principal producer partners are Apple, Dell, Hewlett Packard (HP), and Lenovo. These organisations are thought leaders who believed in our concept and vision even before things were up and running on the ground. Getting these four producers members together is our biggest success thus far,” Pranshu shares.

Essentially Karo Sambhav works with companies and processes their e-waste- collection and its recycling. It also engages with the employees and creates a discourse on e-waste — what it is, why it should not be hoarded or irresponsibly discarded, and why it needs to be recycled responsibly.

Further, it has set up ‘take-back channels’ to collect old and unwanted electronic products or parts that have reached their end-of-life.

Through their waste picker and aggregator programme, the organisation engages with electronic repair shops as well as 2,171 on-ground partners that the company classifies as ‘e-waste picker’, ‘e-waste aggregator’, ‘dismantler’, and ‘recycler.’

Business with a purpose

Pranshu (38) never thought he would become an entrepreneur. He was always passionate about having a proper waste management system in place. He knew that there was no way to solve this problem of e-waste recycling without getting deeply involved in the sector.

A Chevening Gurukul Fellow 2015 from King’s College London, Pranshu believes that the aim of entrepreneurship should be to solve a problem.

His vision is to create a legitimate market where the entire ecosystem benefits. “We want the waste pickers, especially from marginalised communities, to become legitimate channels of e-waste collection. We want people to not only become responsible but also to be inspired towards making the right decisions.”