Gig economy: An empowering trend here to stay or a stumbling block that compromises on labour welfare? 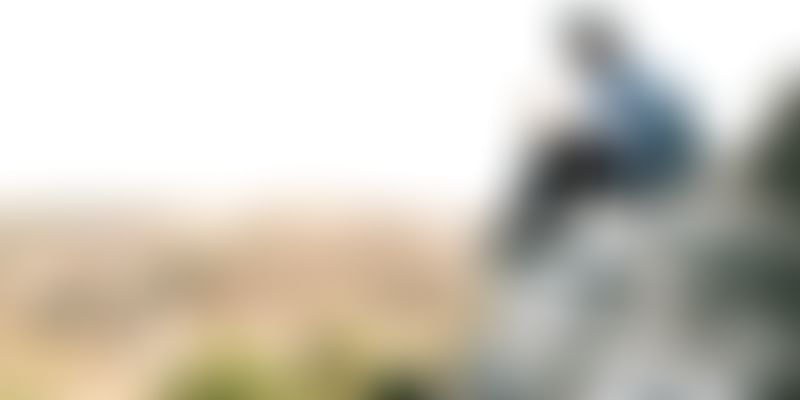 We look into the good, bad and ugly of the gig economy, a fast catching trend that promises to revolutionise the Indian economy in the coming decades.

Imagine the nature of a job that is flexible, convenient and lets you choose exactly what you want to do from the choicest of options. As utopian as it sounds, jobs as these are a commonplace reality in India, a booming economy that is slowly shifting towards a gig-based economy (also referred to as peer-to-peer economy or shared economy or collaborative economy), a fast catching trend that involves outsourcing of work, project-based employment, public private partnership etc.

So, what exactly is gig economy? How does it work? Does it actually compromise on labour laws? Here, we try to burst the bubble and demystify half-truths surrounding this trend.

How does gig economy work?

India, being one of the fast emerging economies in the world, is a country where both formal and informal sectors of work thrive to coexist. According to Santosh Kumar, Assistant Commissioner, Employees Provident Fund Organisation, Ministry of Labour and Employment, the sheer demographic size of the country trivializes the formalization process of employment.

The need for one million jobs each month is unmet by paltry growth of formal employment which grows at the rate of 1-2 lakh each month. So, a huge workforce is getting casual and shifting to informal work by increasingly getting involved in freelancing/gig economy he explains.

Very simply put, gig economy involves people taking up pieces of work on a contract basis for a small duration, at the completion of which they move to another gig that neither promises them any continuity of labour nor provides benefits that come mandated with holding a regular job.

Still, why is it so popular and sought after?

"Flexibility of work hours, better work-life balance, freedom to choose etc… might be a few obvious reasons made possible due to technological advancements, globalisation and eroding employee-employer relations", says Santosh.

Poornima Ranjit is a Chennai-based freelance graphic designer. When questioned why she prefers freelance to holding a regular job, the 28-year-old says,

Freedom of creativity, focusing only on projects that I am interested in and choosing to work for/reject any project that comes my way. This is because it helps me perform better and be a better designer, than when I am loaded with mundane/not-so-relevant responsibilities.

Is it here to stay?

With the philosophical tone of gig economy being the one that conforms to idea of capitalism, individualism, liberalism, meritocracy and market forces, it’s easy to mistake the trend to be still in the infant stages in India as compared to the US and the UK.

However, according to a recently released report by PayPal, India now contributes one in every 4 freelancers across the globe. The report titled, Insights into the freelancers ecosystem, indicated India as the biggest market for freelancers, with web and mobile development, web designing, Internet research and data entry being the key focus areas for Indian freelancers who earn an average of Rs 19 lakh every year through various contract-based employment opportunities.

“Besides, the automation, technology inclusion, penetration of internet and mobile technology, entrepreneurial forces unleashed by incubating centres, microcredit support, government endeavours in the startup space, MUDRA schemes, Skill India, Digital India etc., are all fuelling the Indian gig economy which potentially seems to blow up to $350 billion plus economy by 2025,” opines Santosh.

What does it compromise on?

Even as gig-based jobs promise good earnings from multiple sources with lesser obligations, it mostly affects people working in the most inevitable service sectors, say, for example, those railway caterers affected by the digitisation of food orders, auto drivers losing out because of Ola & Uber taxis etc.

“Gig economy encourages an individual-based work culture. So it does not bind an individual to any one enterprise, and so the obligation of the enterprise to look after the employee gets trivialised,” says Santosh.

It is not bound by labour laws like the Factories Act to ensure good working conditions; or Social Securities Act that guarantee maternity benefits to women; or Gratuity Act to pay lump sum amounts to people working with an enterprise for long; or Provident Fund and other miscellaneous acts that safeguard pensions, life-long-support and secured future of employees, he elaborates.

It’s an easy guess why gig-based contracts are such a big hit with the millennial employers, who save up on investing in the skilling of their regularised workforce. Citing it as an alibi for not adhering to mandated labour laws, employers garner more profits by getting work done for cheaper rates than industry standards (which are still of increased efficiency and quality thanks to the highly competitive market trends).

What are the issues that people who take to gigs face?

However, it’s no cakewalk for employees who have little control over payment delays, career development opportunities, negotiations on pay hikes, promotions, etc…

Ask Poornima about the different kinds of issues freelancers usually face and she lists payment hassles among her top worries.

Clients refused to make payments on time or, even worse, refuse to pay at all, because they are not satisfied with the level/quality of work. It also takes a while for clients to trust you and hand over work, since you’re not in direct liaison with the client on a daily basis.

However, freelancing is calculated choice for many like Poornima who do not regret missing out social security benefits that come with a regular job. “Freelancing has its own perks including having enough time to work on projects and avoiding time spent on commute to work. So, I am happy with these perks even if it means missing out on some benefits,” she says.

Experts like Madan Padaki, serial entrepreneur and founder of 1Bridge Enterprise also agree that the gig economy in India is here to stay.

However, the real challenge according to him lies in "exploring how it can work better when provided along with a variety of social security nets like insurance, fair wages etc".

How is rural India catching up with this trend?

Culturally speaking, gig-based work is not a new discovery for rural population, who shift to several odd jobs depending on the seasonality of agricultural labour and changing needs.

The key for several rural households in India is to keep the income going. So, it hardly matters if it comes from running a grocery store, doing MGNREGA work, selling SIM cards or marketing handicrafts, says Madan.

Hence, with gig-based jobs having a huge potential to tap into rural or rather ‘ruban’ markets, “technological interventions can hold the key to increasing the predictability of jobs (in terms of choices and opportunities) and career progression from a consumer standpoint, to make gigs work effectively,” he adds.

Can India afford it?

Having debated the popular discourses, can India, still recovering from the limping losses of economic reshuffles like the demonetisation, afford a rampant growth in gig-based labour like most other first-world countries do?

Santosh has a rather discouraging answer:

Indian economy, despite being connected to the developed world, cannot afford to overlook the societal reality where state-led compassionate care is an ever felt need as the very legislation of right to work exemplifies it.

He highlights how the gig economy can flourish in a well-developed setup where people are capable to take care of their basic needs. “However, for India, which is swiftly embracing gigs, it is likely to create social chaos in the longer run for it would result in an extremely random work culture, the functionality of which is difficult to predict,” he concludes.