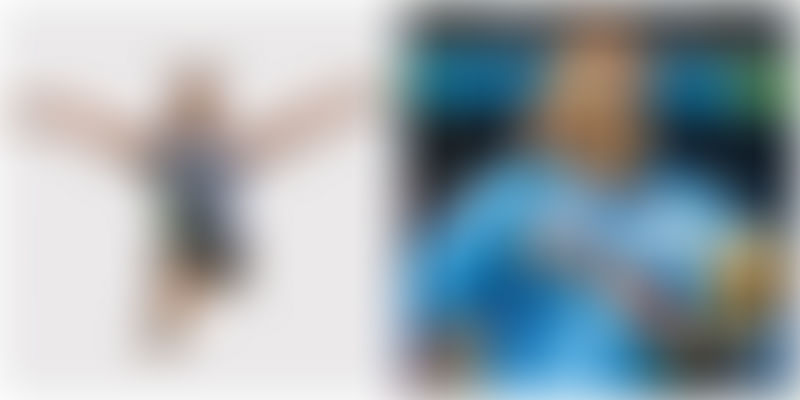 Established in 2008, this non-profit has funded and supported many Olympic and Paralympic champions like Kidambi Srikanth, Dipa Karmakar, Sharath Gayakwad, among others.

Bhavani Devi, a temple priest’s daughter from Chennai is rapidly climbing the world rankings in fencing, a category that is hardly acknowledged among competitive sports in India. From crowdfunding for her initial tournaments, training in Italy and winning medals, Bhavani has come a long way.

Born in a village in a suburb on the Bengaluru-Mysuru highway, Chikkarangappa, has had a remarkable sporting journey as well. The son of an agriculturist and a labourer, he started working at the Eagleton Golf Resort Bengaluru at the age of 10 mostly to support his family’s meagre earnings. Today, he has a number of accolades to his credit, and is considered one of the most talented young golfers in the country.

Behind many such success stories is GoSports Foundation, a not-for-profit working towards providing career support, funding and access to sports science expertise to some of India's top sporting talents.

Founded in 2008, the current trustees of GoSports include Nandan Kamath, Abishek Laxminarayan, and Thomas Ollapally. The foundation had to bootstrap for a long time before it received financial support in the form of CSR investments and regular donations.

Contributions from our individual and corporate donors who have been with us from the beginning and have kept the foundation going in difficult times. Most of the initial funding came from the first circle of family and friends, says Deepthi Bopaiah, Executive Director at GoSports Foundation.

The foundation envisages an India where young athletes with world-class potential receive all the support, knowledge and encouragement necessary to achieve their dreams.GoSports Foundation currently supports 93 athletes (including 39 Paralympic champions) across 14 different categories.

The ‘athletic’ journey so far

The Bengaluru-based non-profit organisation with athletes from all corners of the country functions on the belief that sporting champions are made when the right talent gets the right support at the right time. “Earlier we used to get various kinds of requests from sportsmen across India including seeking funding support for professional rackets, shoes, etc...So, the scholarships provided prior to 2012 were more ad hoc in nature,” says Deepthi explaining how the foundation’s nature of work has evolved over the years.

Today, the foundation has a full-fledged team that monitors the performance of many sporting talents at various national level championships.

The basic eligibility for all athletes who apply to our scholarships is to be a champion at the national level in their respective sport, shares Deepthi, adding how they have already received over three hundred applications for the current year.

Once the athlete applies for a scholarship, it is then carefully vetted taking into consideration their needs, economic background, and their access to training and expertise. Shortlisted candidates have to then undergo an interview round before they are on boarded to avail scholarships ranging from a one lakh to fifteen lakh rupees.

It was at various junctures in the past few years that sporting legends like Abhinav Bindra, Rahul Dravid, and Pullela Gopichand came on board as advisors at GoSports foundation.

With the key focus being the creation of enriching sporting ecosystem, each of these sporting legends advises the foundation on areas including long-term athlete development, the importance of mentorship at crucial points in athlete careers, and knowledge building and advocacy, to groom budding Olympians and Paralympians to cope with the rigours of competing at the highest levels.

While promising talents like Dipa Karmakar (4th in vault at Rio Olympics), Manish Rawat (racewalker who finished 13th at the Rio Olympics) and ace shuttler Kidambi Srikanth (quarterfinalist at the Rio Olympics and 4-time Superseries champion in 2017) were mentored under the Rahul Dravid Athlete Mentorship Programme, others like archer Nishant Kumawat (silver medalist at the Commonwealth Youth Games 2015), shuttler Harsheel Dani (semifinalist at Syed Modi International Badminton Championships 2017) and shooter Shriyanka Sadangi (silver medal at Intershoot Shooting Championships, Netherlands) are being groomed for the future under the Abhinav Bindra Targeting Performance Programme.

Apart from athlete scholarship and mentorship programmes, GoSports Foundation is also involved in conducting various sports education programmes (for both athletes and coaches in the form of seminars, conclaves, etc) and research in the field of sports law and policy.

“We have conducted several workshops for international teams where sportsmen are taught how to talk confidently, address the media, and even manage their finances better. We are also working towards several HR partnerships that will enable us to get private sector jobs for athletes who are looking for them,” says Deepthi.

Apart from being Official Knowledge Partner to BCCI, GoSports Foundation has also acted like an information aggregator for expert opinions on injuries of athletes, and impending surgeries, etc.

The larger aim is to create conducive sporting environments that aids the success of our future Olympians. This also includes facilitating access to address athletes’ science needs such as right nutrition, strength, and conditioning treatments under the guidance of our Head of Sports Science, John Gloster, explains Deepthi.

Deepthi is nostalgic when she recalls several lesser known talents who were supported by GoSports at an early stage before they went on to win laurels for the country.

Rani Rampal, who currently captains the Indian Women’s Hockey team; Devendra Jhajharia, first Indian to win two Paralympic gold medals; Sharath Gayakwad, a Paralympic swimmer who holds the record for most number of medals won by an Indian at any multi-discipline event; HS Prannoy, World No. 10 and regarded as the giant-killer in Indian badminton, and the list goes on.

We believe in providing talent a platform to excel. Be it future Olympians or Paralympians, they have to be champions in their own sport first, says Deepthi.

The Para Champions Programme (funded by corporates like IndusInd Bank, Sony Pictures Network, and Bry-Air) currently supports over 35 elite differently-abled Indian sportspersons. Of the 19-member contingent that represented India at the 2016 Summer Paralympics held at Rio, 11 members were funded and supported by GoSports foundation.

More medals waiting to be won

“If one has played any kind of competitive sport in India, they cannot deny the fact there is no dearth of sporting talent in India.

However, the major gap that exists is in the kind of early recognition, support and encouragement they receive to excel in their fields. And this is where we are trying to intevene and help,” quips Deepthi who dreams of sending larger contingents of Indian players to upcoming Olympic Games.

She acknowledges how CSR funding has helped the non-profit grow ten times their initial size. However, “lack of larger sums invested to ensure persistent improvement of sports infrastructure is still an issue,” according to Deepthi. “Apart from regular funding, it’s the dearth of expertise in the field of sports science that acts as another major roadblock in the way of professionalising Indian sports,” she adds.

Despite the major challenges, GoSports strives to become a credible voice in Indian sports by functioning as an impact oriented organisation that also diversifies its support system to sports that are not included in Olympic categories.

Ask Deepthi what keeps her team at GoSports going and she signs off saying,

It’s the joy of making India proud by enabling our sportsmen to win more medals and highlighting their incredible stories of achievements to create role models for inspiration.