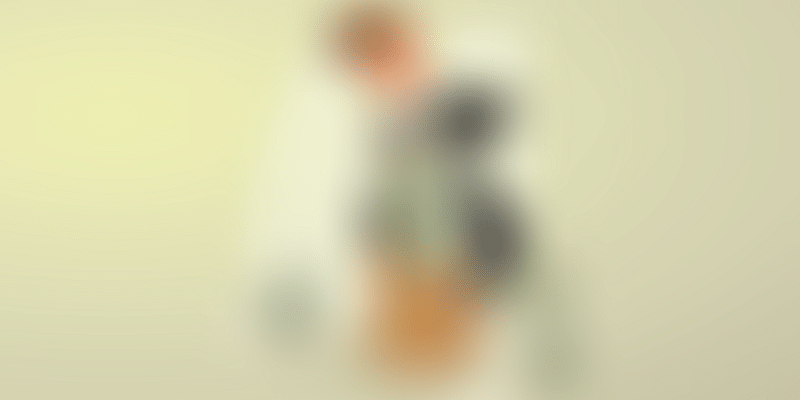 As per the fossil record, the first apes to walk on two legs appeared around 6 million years ago. Those were our earliest ancestors, and over thousands of millennia, civilization has moved forward in leaps and bounds. However, the necessity of innovation remains unchanged; in those times, it was likely a choice between innovating or dying, and today, it is much the same – companies and entrepreneurs that don’t innovate in today’s world rarely survive.

Now, more than ever, we are embracing a state of constant innovation and self-improvement. If you are not the best in what you do, there is very little chance that your work will be appreciated or noticed. To truly receive acclaim, one must achieve milestones or create something that shows potential. But, we know that masterpieces are not created in a day.

In his 2008 work Outliers: The Story of Success, noted author Malcolm Gladwell popularised the concept of the 10,000-hour rule, which in essence states that if one practices a skill in a correct way for 10,000 hours over a lifetime, they would essentially become an expert in the skill. The concept was based on the research of Swedish psychologist Anders Ericsson, who laid out the idea in his concept of deliberate practice. The last decade has seen an intense debate over the validity of Malcolm’s claims, and the answer is still uncertain. So is there a defined path to achieving mastery over a skill/business? How does one go about becoming the master of their chosen field of work?

We always talk about people who have succeeded in building multi-billion dollar empires and how they have achieved it. In a way, we are all driven by success and the rewards that await us at the end. But beyond the dollar bills, what is the purpose of an entrepreneur? Like the saying goes: with power comes responsibility – and in addition, so does risk.

Listening to the journeys of entrepreneurs who have gone through their tough times and emerged victoriously, a common takeaway is to “be better than the best, by pursuing what you love”. To be good at anything, apart from inherent talent, one also has to hustle and struggle and hone mastery of their skill/activity/task.

Learning the science of a business and achieving mastery in it comes in three different processes:

In today’s world, mastery requires firmly taking charge of one’s path towards it and constantly working towards its achievement. Mastery is a mix of acquiring skills and the fluency and confidence needed to solve problems through intuition, instinct, and rationality. By acquiring the skills necessary to solve a primary problem, while keeping secondary factors in mind, one can hope to work towards achieving mastery of those skills in due time.

Take, for example, Tanmay Bakshi, the 14-year old who began on a quest to master programming at a very young age. At the age of 9, he built his first iPhone app and became the youngest app developer the world has ever seen. While he possessed the basic skills necessary to get him started on his journey, he focussed on improving them steadily and mastered them as a young kid, paving the way for his success and acclaimed mastery in his chosen field. Tanmay has today partnered with IBM Watson to work on various AI projects, an enviable goal for anybody working in his field.

Immerse yourself into something that you can dedicate relentless hours into. Taking up a problem just for the sake of it will empty your fuel tank and suck you dry in the long run. Instead, find a sense of purpose that guides your path to mastery and you’ll get there eventually.

We are so caught up with the notion of performance and success that we often do not care to make accurate observations of the world around us, and this makes achieving mastery that much harder. The true masters are careful observers of the world around them, constantly seeking and soaking in information that they then use to make themselves more skilled and masterful.

Elon Musk, a self-taught programmer and the CEO of SpaceX and Tesla, is a revolutionary visionary who believes in inventing rather than imitating the master. From a solar-driven roadster to the Hyperloop and the works of the Boring Company, Elon has often been called one of the most innovative minds of the modern age.

Throughout his life, Elon has practised a subtle way of keen observation that has influenced all his work. For instance, he has often said that his knowledge about rockets and space tech has come from immersing himself into books and through continuous and immersive learning. Even as a kid, he was keen on experimenting with various branches of science. Elon’s observations on the functioning of rockets have informed his experiments with them at SpaceX – a process of trying, failing, and finally succeeding.

Observation can lead to learning the intuitive way of achieving success in the field and domain. The same goes for an entrepreneur – to understand a problem, one has to ground themselves with the reality and observe the problem carefully, before working on the necessary solution.

Starting a business or a startup often means entering a work environment with limited experience and actions. Gradually entrepreneurs can accelerate from passive observation to active experimentation. In today’s tech-powered world, algorithms and automation can help us adopt an iterative approach easily; one can – and should – try out different models and solutions before finding the one that solves the problem the best.

Take the example of a potter. Have you seen the way a potter restructures his work again and again until he gets the uniform and perfect shape he/she is looking for? It’s a worthwhile lesson for entrepreneurs as well – iterate till you get it right. Don’t be satisfied with the first working solution or logical answer you get; dig deeper, and you might find something totally new and unexpected that’s even better.

Mastery of an activity is defined by how much time and effort you dedicate towards it. Do not be passive in your pursuits; be completely absorbed and self-energised till you attain the level of perfection you desire. Rome was not built in a day; why should your mastery in your chosen field?