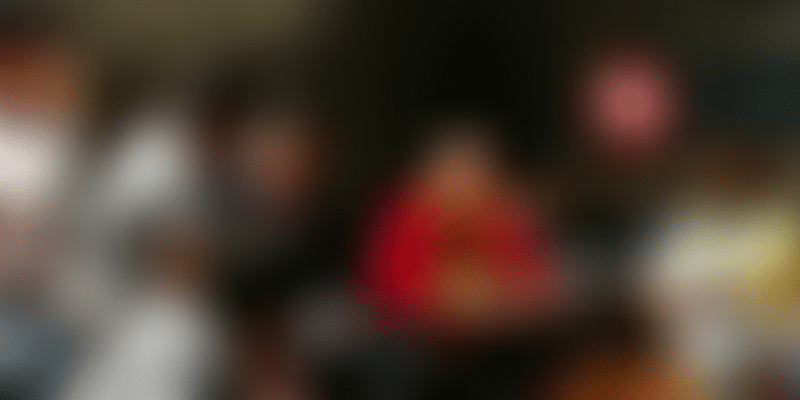 Peter Vesterbacka, the man who built the Angry Birds franchise, is attempting to do just that ― educate the heart. Peter, regarded as the father of the Nordic startup revolution, quit Rovio (the gaming company behind Angry Birds), in 2016 to set up his own education venture, Lightneer. At Lightneer, Peter’s endeavour is to use cool, innovative games to make education fun and appealing for kids.

The difference between learning and education, says Peter, is more pronounced than ever before. Kids might rote learn a lot, especially in Asian countries, but where is the education? If you’re not having fun while learning, there’s no education, he states.

At a session organised by ThinQbate (a Mumbai-based startup incubator) on Friday, Peter observes: “The school system in Asian countries kills initiative and creativity. A good education system shouldn’t be killing initiative in kids.”

Lightneer makes “amazing games backed up with amazing science”. “Our goal is to make learning as fun as the best games in the world,” he tells a room full of startup founders, evangelists, product developers and designers.

Big Bang Legends, one of the learning games developed by Lightneer, involves characters named after atoms. Essentially, it is a chemistry lesson delivered entertainingly to kids as young as five.

At the end of the 50-minute-game, when kids were asked if they learnt anything, they rattled off names of atoms faster than their teachers could blink.

Peter says, “Teachers were surprised that their kids learnt so fast. They know the periodic table by heart just by playing games and having fun.”

In fact, any subject can be adapted into a game. Particle physics, Peter says, can be taught through Pokemon. Clearly, entrepreneurs need to create innovation to motivate kids.

The 51-year-old entrepreneur, who’s also credited for developing the ‘European Silicon Valley’, urges that education should be an experience like entertainment. Myriad new technologies, including VR, AR, and AI, can come together to create that rich educational experience.

How does gamified learning play out in India though? Can a nation of 1.3 billion people, with several millions struggling to gain basic literacy, implement such sophisticated learning?

Peter asserts entrepreneurship is the only thing that can change the world.

He says: “I believe in the three Es ― Education, Entrepreneurship and Entertainment ― coming together. Create an educational system that maximises entrepreneurship. Don't create a system that only asks you to memorise stuff. You have to decide if you want the American Dream or the Finnish Reality in Indian schools.”

But, Rome was not built in a day. The “Finnish Reality” took decades to come about. Finland, with its creative, innovative and experimentative education system, counts teaching among its most sought-after professions.

Peter says, “Finland was a poor country 100 years ago. Today, we have the smartest kids in the world. They know better English than other European kids because they are playing these learning games in English.”

There are no shortcuts

What will it take India, a country where the resistance to non-conventional modes of learning is fairly high, to adapt this model?

“A lot of patience and dedication. There are no shortcuts,” Peter tells YourStory in a brief chat. “You have to look at credible examples elsewhere and have role models. Kids love games, but first, parents need to be educated about this,” he adds.

He emphasises that learning should be a fun exercise. Or else, the country is at danger. Sample this: 25 percent of high school kids in South Korea (an advanced nation) commit suicide due to academic pressure.

India too ranks high on the school pressure list. Peter ends, “India has to decide whether it wants a happy kid or a dead kid!”