Looking for that big splash for your special occasion? Book a Rolls Royce Ghost or Audi Cabriolet 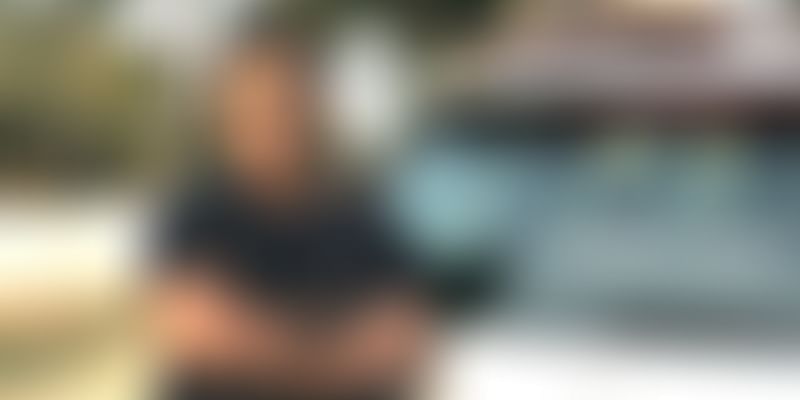 Bootstrapped Hype Technologies is an online rental platform for luxury cars, which lets you book any luxury car you want

Twenty-four-year-old Mayur Patel was set for his first date – and looking to make it special, along with booking a table at a swanky restaurant, he also wanted to book a swanky ride. Only a BMW or a Mercedes Benz would pass muster, he believed.

To make it easier for people like Mayur, Raghav Belavadi started Hype Technologies - an online platform for luxury car rentals.

Raghav had faced the situation himself – wanting to hire a luxury car for his parents’ wedding anniversary, Raghav went through a lot of pain, price hikes, and negotiations with different vendors.

“After going through all that pain, I received a different car from what I asked,” says Raghav. The chaotic and unorganised market gave Raghav a feeling that the problem could be fixed with technology. That is how Hype was born.

Within a few months of launching the platform, it had three luxury car vendors signed up. Raghav adds the fleet has now risen to over 1,000 cars and operates in all the metro cities. Luxury cars in all ranges - from Rolls Royce Ghost or Audi Cabriolet in different variants and colours - can be booked with the click of a button.

The initial challenges were finding the right car rental agencies that were credible, established, and reputed for their service in each city.

“We did extensive market analysis, took references, ran background checks and visited personally to evaluate their "owned" cars. It is our goal to bring the agents who own the cars, and not the brokers, so that we can assure our customers premium service quality and value for money,” says Raghav.

At 44, Raghav has worked for the likes of Accenture, Infosys and Wipro, so when he got the idea of Hype, he took help from his sister Vijaya Belavadi. Heading technology delivery with HP, Vijaya helped Raghav with initial funds of $200,000

Back in India from Switzerland where he had a startup, Raghav stayed with Vijaya in Bengaluru. Brainstorming the idea of Hype was easy, and there was an immediate buy-in from everyone.

“The product development and marketing teams are located in Bengaluru, Delhi and Pune. We are now a team of seven,” says Raghav.

Founded last April, the team claims to have 110 percent month-on-month growth in a year with over 600 bookings, and expects to reach over 1500 bookings in the next few months. Hype has an app and a website where people can order either a self-drive car, or a chauffeur driven vehicle. The price for hiring a car is between Rs 1,000- Rs 2,500 per hour depending on the type.

A customer can order and choose options from the website, as also the timings, and location of pickups.

In 2014, when Hype started up, the Indian market was opening up to the idea of self-drive. The concept of self-drive car rentals is already popular in countries like the US and China, where fairly large companies like Hertz, Zipcar, eHi are operational.

However, India isn’t far behind. Today, there are several self-drive rental companies that have burgeoned in the space, such as Zoomcar, Carzonrent, Cartisan, Myles, and Voler Cars. Apart from the funded startups, there are other newer ones in the space like Let Me Drive, ZipHop and NOW.

There also is Drivezy, which is focussed on car rentals and has a luxury car rental segment. Apart from this, there are also startups like DRIVEN and One Day Millionaire focussed on the luxury space and segment. Unicorn Ola las the Lux category for luxury cars, and Uber has XL.

Hype is now looking to expand into strategic tie-ups with private jet companies, and billionaire wedding consultants. The company is also looking to expand its B2B partnerships, and is scouting to raise its first round of funding.