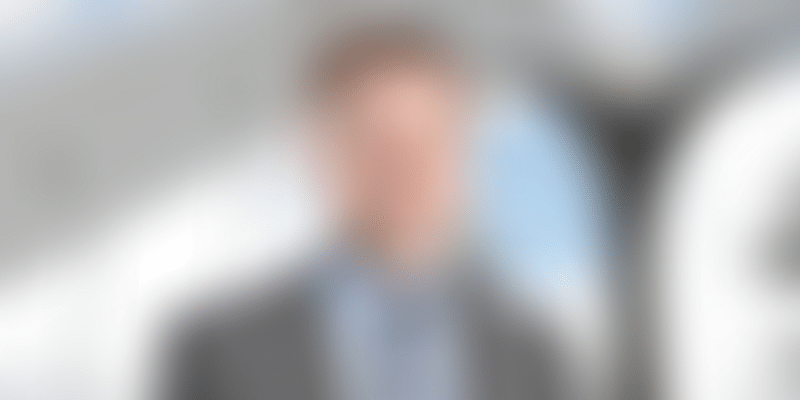 MIDAS is Manchester’s inward investment agency, with a strategic aim to secure significant levels of new investment and employment for the city region. YourStory caught up with Tim Newns, CEO, MIDAS, who is in India for the launch of the Manchester-India Partnership.

The Manchester-India Partnership (MIP) is a public/private initiative aimed at building closer ties between Manchester and India. The partnership encompasses the full scope of country to city interaction encompassing trade, investment, science and innovation, connectivity and culture.The MIP leadership team will consist of senior representatives of Manchester’s business, university and public sector; the intent being a joined-up and strategic approach to one of the UK’s most important international partners.

North West UK is home to over 100 Indian businesses, and between 2015-2018, 10 Indian companies including Vistaar Productions, HCL Technologies and Hero Cycles have invested in Manchester. More recently, Tech Mahindra announced it will establish a headquarters and digital innovation hub close to MediaCityUK, which is Europe's largest purpose-built media and communications hub. With the support of local councils, universities and SMEs, Tech Mahindra seeks to leverage opportunities to grow and attract more local talent. The company also has ambitions to build a strong local ecosystem with their strategic alliances and partners to deliver a world-class digital experience.

MIDAS is Manchester’s inward investment agency, with a strategic aim to secure significant levels of new investment and employment for the city region. YourStory caught up with Tim Newns, CEO of MIDAS, who is in India for the MIP launch.

YourStory: What brings you to India on this engagement?

Tim Newns: I’m in India both in my capacity as a member of the newly launched MIP and as CEO of MIDAS, Manchester’s inward investment agency.

The MIP is a public/private partnership aimed at enhancing Manchester’s strategic engagement with India. As such, the MIP will encompass the full scope of country to city interaction: trade, investment, science and innovation, connectivity and culture.

MIP consists of senior representatives from Manchester’s business, university and public sector; the intent being a joined-up and strategic approach to one of the UK’s most important international partners.

One of the first targets for the MIP is the introduction of a direct air route from Manchester to India. Manchester airport is already the UK’s largest regional airport outside of London and also the UK’s second largest gateway to India and the sixth largest in Europe. Currently, Manchester’s India passenger traffic travels indirectly, but volumes are large enough to sustain direct routes to either Delhi or Mumbai. As a reflection of the importance of the direct air route, Andrew Cowan, Chief Executive of Manchester Airport Group, will chair the MIP.

MIP was launched at the House of Commons on the February 1 by UK Minister of State for Trade and Export Promotion Rona Fairhead and Jim O’Neil, the famed ex-Goldman Sachs economist who coined the concept of ‘BRIC’ high growth economies.

While in India, we’ll also be taking a combined trade and investment business delegation to Nasscom aimed at supporting UK companies looking to sell to India, as well as engaging Indian companies seeking to invest and grow in Manchester. Manchester is UK’s largest creative, digital and tech hub outside London and presents a significant opportunity for Indian companies seeking to grow and expand in the UK and Europe.

YS: What are some of the India-specific programmes at MIDAS?

TN: The MIP has a permanent team of representatives in Manchester, Delhi and Bengaluru who, amongst other things, are tasked with supporting Indian companies seeking to develop a presence in Manchester.

Manchester has partnered with Deloitte for the last two years to support the Fast 50 programme, which recognises fast growing Indian technology companies. As part of the Fast 50 programme, Manchester offered a ‘Manchester prize’ which includes a comprehensive soft landing package, which has already resulted in 2016 winners 42Gears investing in Manchester. And I’m happy to report that 2017 winners SMEs BIZOM, e-Zest, ZIFO, BRIDGEi2i and Appnomic will fly to Manchester in April for a familiarisation visit.

YS: What makes Manchester and the UK attractive for Indian businesses?

TN: India is central to Manchester’s highly successful internationalisation strategy, intended to strengthen relations and create further bilateral trade opportunities. A key element of the strategy is the ‘Make in India, Innovate with Manchester’ initiative, aimed at matching Manchester’s world-class science and innovation capability with Indian industry and academia.

The UK is the seventh largest investor into India with investment expected to grow over the next five years. Additionally, the UK-India cultural and sector fit make UK-India natural trading partners.

At the heart of the UK’s ‘Northern Powerhouse’, Manchester is driving economic growth across the region and is an ideal business and trade destination for Indian companies to get a foothold in the UK marketplace. The region is a fast growing cosmopolitan conurbation which attracts an international workforce and student population. It is now the second most visited city in the UK, with an international reputation for sport, culture and entertainment.

As a top 20 European digital city, Manchester’s digital and technology cluster is one of Europe’s most significant centres and provides the ideal environment for Indian high-growth companies.

Manchester is regularly voted the best city to live and work in the UK, boosted by the success of its media, digital and technology cluster, comprising 82,300 companies.

YS: Any specific initiatives for startups?

TN: Manchester has a series of accelerator programmes and incubators that can help young companies flourish, presenting opportunities for international businesses.

Cost effective co-working spaces have been established across Manchester city region making it easier for smaller companies to join the tech ecosystem. This includes The Landing, a dedicated technology incubator hub for high-growth technology and digital startups, scale-ups and small businesses.