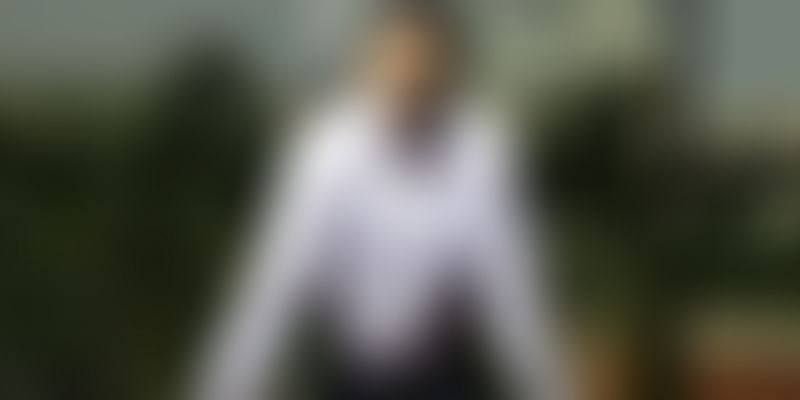 Paytm Mall's Chief Operating Officer Amit Sinha attributes the company's rapid growth to its O2O model, and says he is after the bigger retail pie and not the e-tail one.

It may be the newest kid on the block, but online-to-offline (O2O) retail platform Paytm Mall has been on a rapid growth trajectory since its launch less than a year ago. The company's Chief Operating Officer, Amit Sinha, said the company has hit $3 billion Gross Merchandise Value (GMV) run rate for this fiscal and has cornered 15 percent market share.

Paytm Mall, which counts Chinese ecommerce giant Alibaba among its investors, is targeting over $10 billion GMV next fiscal.

Amit attributed this quick growth to the company's O2O strategy, which is very different from that of large online marketplaces like Flipkart and Amazon. Paytm Mall primarily brings offline stores online, offering them technological and logistics support.

In the Paytm Mall model, a customer could order online or offline. If a customer is ordering online, s/he can opt for at home delivery or pick up at store. If a customer is in the store, s/he can scan the Paytm Mall QR code within the store and avail of additional offers, discounts and cashbacks. If a product is not available within the store, the product gets picked up from the warehouse. This warehouse could be operated by Paytm Mall (the shopkeepers pay a fee), the distributors, or the brand. Paytm Mall's tech maps the retailers to their offline distribution channel so the product is picked up through the traditional channel.

We were always convinced that O2O is the way to go for a country like India, where there is a great variation in preferences... There are 15 million retailers in this country. Even after many years of organised retail, it is still not dominant. Our belief is if we combine our scale and our ability to build great technology with the value that 15 million shopkeepers in this country are bringing to consumers, we can give a beautiful and different experience to the consumer. We started with this belief, and today we can say confidently say this is the way to go,” said Amit.

He added that in categories like laptops, appliances, and FMCG, Paytm Mall is already the leader or the second largest player.

Amit climed the O2O model is more capital efficient and ensures faster deliveries. He said while Flipkart's and Amazon's cash burn hovers in the 15 percent to 20 percent of GMV range, Paytm Mall's is under 10 percent at the EBITDA level.

“The other advantage is because there is a pushback from the traditional retail channel against ecommerce as there is a feeling that online retailers are breaking the price. Our model has been received well by brands. They ensure we are a part of their distribution meetings and retailer meetings to showcase us as a big value-add to offline retailers,” said Amit, adding that stores have seen up to 40 percent increase in order volumes after coming on to the Paytm Mall platform.

After the collapse of Snapdeal, Paytm Mall has become a strong 'Number 3' in the highly competitive online retail industry after Flipkart and Amazon. Flipkart's and Amazon's strategy are quite similar in that they are following a mostly pure play e-tail model, creating a massive network of warehouses and investing in in-house transportation capabilities.

According to Amit, Paytm Mall is not in the game for a share of the online retail market.

We are focused on the $1.1 trillion projected commerce (overall retail) market rather than the much smaller ecommerce market. We feel having a small chunk of a large pie is better than a large chunk of a very small pie," Amit said.

Amit confirmed a partnership with e-grocer BigBasket, which will ensure that Paytm Mall can now do fresh produce deliveries. Alibaba recently made an investment into BigBasket.

Unlike their competitors, Paytm Mall has not bulked up on funding. It had raised $200 million from Alibaba and SAIF partners last year. Flipkart, on the other had, raised almost $4 billion in 2017, while Amazon India has got regular investments from its parent company. Amit said:

We are in good shape; we have money left in the bank, and we have rich parents. In Indian ecommerce, money is not going to be a factor anymore because everyone is backed by deep-pocketed investors.”