4 things you can learn from former RBI Governor Raghuram Rajan 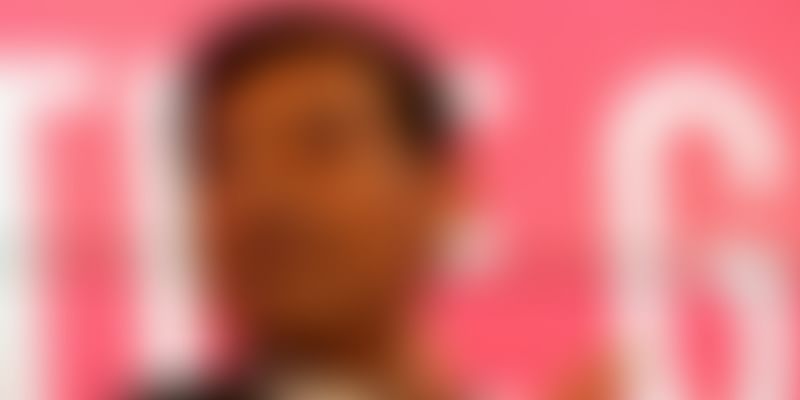 In his three years at the head of India’s central banking institution, Raghuram Rajan proved time and again that he was one of the suavest and most intelligent bankers in the world today. As the former RBI Governor turns 55 today, the limelight just doesn’t seem to be fading away from this public figure who enamoured many with his dry wit and sound policies.

Raghuram’s contributions to the fields of finance and economics have been celebrated by many across the world and he has had held many positions of great significance in his career. From being the youngest person to occupy the role of Chief Economist at the IMF (International Monetary Fund) to predicting the 2008 global financial meltdown way back in 2005, Raghuram has frequently found himself in the spotlight, and his opinions and policies have left lasting impact, even when they were against the powers-that-be of the time.

So what makes this man stand out from the crowd? What powers the enigma that is Raghuram Rajan? Here are some lessons from his life that everyone can stand to gain from:

Taking tough calls and standing by them

One of Raghuram’s first calls to action as the RBI Governor was to raise interest rates, a decision which at the time did not sit well with many in the business world. Many even stated that he was in over his head and didn’t understand modern finance. However, in the following years, this decision to increase rates helped in India’s battle against soaring inflation.

Entrepreneurship isn’t a bed of roses, and on many occasions, you will be called upon to make hard choices. Rajan’s stance goes to show that even though tough decisions may be met with sharp criticism, you must go through with them if you have absolute belief in yourself and your agency.

Focus on your job, rather than the praises you receive

“Some of the actions I take will not be popular. The governorship of the central bank is not meant to win you votes or Facebook ‘likes.’”

Not one to mince words, Raghuram, in his tenure as the Governor, was not short on barbs against insinuations that derided his ability. As someone who considered his work as his sole agenda, Raghuram aimed to bring pragmatism back to the realms of Indian economics. He clearly cut across every party line and jaded ideologue to paint a picture which was tangible and realistic. The successes of the measures taken by the RBI under his three-year governorship speak loudly of his achievement.

Your response to criticism and constant doubts is better shown by accounts of your achievement on the job. Global press-ops and world tours may garner amazing reviews on Facebook handles, but such online activities may not have much to show on actual work done on the ground. Focus on proving your critics wrong with your work, and your reputation will take care of itself.

Never ever fail to back yourself up

For someone whose performance was constantly under the microscope – by the government, media, business quarters, etc. – Raghuram sure had his task cut out. Plus, his past acclaim had placed him on a really high pedestal, where nothing short of success was acceptable. But he knew that all his past experiences at different economic roles had tested and honed his capabilities, which he put into effect while shaping up India’s path to economic stability and resurgence. This absolute self-belief can be summed up with his answer to a question about being a ‘dove’ or a ‘hawk’: “My name is Raghuram Rajan and I do what I do.” The self-confidence oozing from these words is evident.

In all fairness, this is what is expected of entrepreneurs when you face obstacles and detractors. If you can back yourself and your projects up with this level of poise, you can be rest assured that investors will be highly inclined to pump in top dollar. After all, self-confidence inspires confidence in others.

Move on, if and when you have to

The second tenure as governor was all but expected, and the government’s decision to not reappoint him surprised many, Raghuram included (though his vocal opposition to the demonetisation drive makes the government’s reluctance understandable in hindsight). But if there was ever a moment which bespoke grace, it was definitely Raghuram’s parting letter to the RBI staff. Ignoring the political nature of his departure, Rajan, in the letter addressed to his colleagues and subordinates, implored them to focus on the task at hand. Never digressing away from work, the maverick economist pushed his fellow RBI officials to “take the lead and not be paper tigers”.

Maintaining your poise in the face of rejection and disappointment is no mean feat. However, rather than go down kicking and screaming, if you see that there is no changing the situation, perhaps it is truly the wiser choice to accept your fate with equanimity and move on to the next big thing.

It would be safe to say that never before was the RBI Governor’s role thrust into the limelight as frequently as it was under Raghuram Rajan. This ‘rockstar’ economist became a household name in a short time, and his legacy will continue to inform India’s economic and financial policy in the years to come. An inspirational example worth emulating, by entrepreneurs and leaders from the world of finance, and beyond.