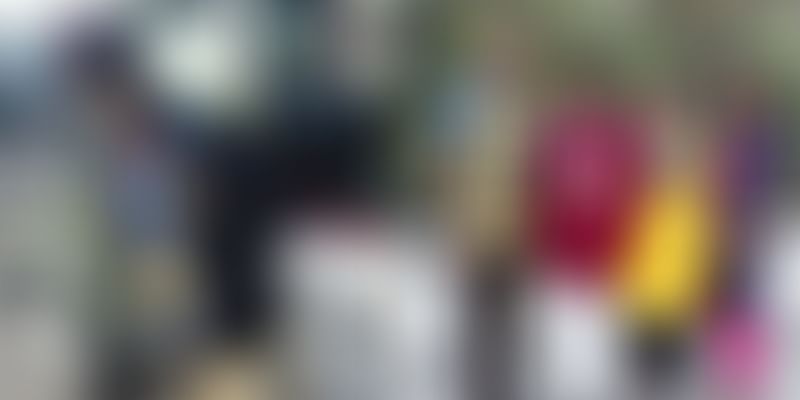 Twelve-year-old Sebastian Vincent is a Class-VII student in Leo XIII Higher Secondary School, Alapuzha. On July 19, 2016, he was coming home from his school on his cycle, accompanied by his friends as usual.

They started crossing a railway track without realising that a speeding train was headed their way. Only when it was closer that they noticed the train and all of them started running away from the track. In the rush and panic that ensued, one of Sebastian's friends - Abhijith fell on the tracks. He couldn't move as he was pinned down by his cycle. Recalling that day to The Times of India, Sebastian said,

We were crossing a railway track and Abhijith's shoe got caught between the rail and sleeper. He fell on the track with his bicycle and school bag on him. A train was approaching fast and he could not get up due to the weight of the bicycle. Soon I took the bicycle and schoolbag. I tried to pull him out of the track but couldn't. So I kicked Abhijit off the track and the train passed without touching us. But my right hand was fractured in the incident.

Neither Sebastian nor his family knows if his father’s job as a lifeguard in Alapuzha beach made him want to save his friend instead of running away like others or if it was naturally in him. All he remembers from that moment clearly is that he wanted to make sure that his friend was saved.

And like a 12-year-old that he is, Sebastian was worried about getting scolded by his parents for fracturing his hand. Talking about that to The News Minute, his father said,

Sebastian fractured his hand in the process and was scared about how I would react to it. But then Abhijith's mother had come home to tell us what a noble and brave gesture our son had done.

For his courageous act, Sebastian received the Bravery award for the year 2018 from Prime Minister Narendra Modi in January.