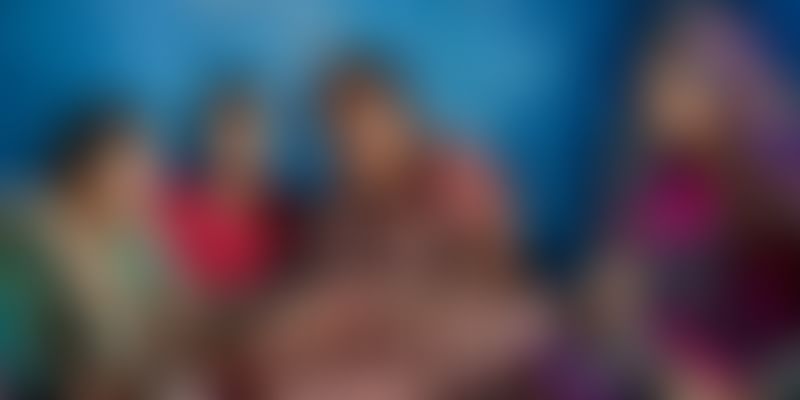 Sasken Technologies has collaborated with SEWA to develop ‘m-Bachat’ platform in eight districts of Gujarat which enables SEWA members to automate and digitise micro banking transactions.

Sixteen years ago, 48-year-old Mayaben from Anand, Gujarat, joined Self-Employed Women's Association (SEWA), a trade union for poor, self-employed women workers in the unorganised sector. Mayaben was, then, an agricultural daily wage earner, and had financial constraints. She heard about SEWA from others in the village, started attending meetings, and became a member.

Later, she began to train other women in her village in tailoring, and also became part of the Bachat Mandal, or the savings and micro-financing system of SEWA.

“We, at SEWA, started encouraging our members to save at least one rupee each day, so that by end of the month they would have 30 rupees for themselves. Every member commits to saving a small amount of money every month,” says Mayaben.

This money goes to a group account in the SEWA Bank. However, the Bachat Mandal’s job was quite tedious.

“I became the district leader of Bachat Mandal in 2005, therefore I had to visit different villages and meet people and collect the money and enter the transaction manually in our notebooks and give them slips. Then, provide these details to district SEWA member, then our whole day used to go in just writing down in our notebooks and others’ passbooks.”

Since 2016, however, things have changed. SEWA collaborated with Sasken Technologies, a product engineering and digital transformation services company, which developed a transaction-enablement platform, ‘m-Bachat’, in eight districts of Gujarat.

The platform enables SEWA to automate and digitise the micro-banking transactions of SEWA Bank. AsMayaben says, “One can enter all transaction on a smartphone is just five to seven minutes and does not have look for records in her books anymore.”

Reema Nanavaty, who is the head of SEWA and a Padma Shri awardee, talks about savings and asset creation.

“SEWA believes in financial inclusion and asset creation is the way to fight poverty. As women with small savings are opening bank accounts, they can take a loan and buy things. It opens up a whole new world for them.”

SEWA has been running the Bachat Mandal for more than two decades in Gujarat; women save a particular amount of money every month, and the entire collection is managed by SEWA Bank. The entire group has a single bank account, and there are details like which member has contributed how much money.

The accounts are proportionally distributed to SEWA members.

When Rajiv C Mody, Chairman and CEO Sasken Technologies met Reema around four years ago, SEWA was expanding its rural banking operation with thousands of saving and credit transactions taking place every day across different villages.

“All of these transactions were small in amounts like Rs 50 or Rs 100, and the records were kept manually. Many times, we didn't have any idea about the daily records like why our member was not able to save that particular month.”

Reema discussed the problem of real-time data keeping with Rajiv, and this was how the collaboration SEWA with Sasken began.

Back to Bengaluru, Rajiv set up a team to find a solution for SEWA. Anuradha CS, the architect and project manager for the m-Bachat platform from Sasken, talks about the difference between working with SEWA and her earlier work.

She says, “Earlier, we had only worked with corporates who gave the requirements and the procedures were very formal. With SEWA everything was different, as we couldn’t wait for the requirements to come and we had to be on our front foot to gather requirement from SEWA worker in the field. That was our first learning.”

“It was not about just designing the app which we would like them to have, rather it was what they need.”

The Sasken team thus started work with SEWA members to understand their requirement that were not stated. Anuradha started off with understanding the process of Bachat Mandal, how savings were collected, what do they check, and what was their last saving.

Currently, the m-Bachat platform has three functional components – an android device that records the transaction on the field, a backend server that holds the business logistic, and the web portal for configuration, tracking and reporting. In the district of Anand and Kheda, the m-Bachat solution has been operational since April 2016. Six other districts namely, Aravalli, Chhota Udaipur, Kutch, Mehsana, Patan and Surendranagar, have progressively gone live between July and October 2016, reaching out to nearly 30,000 women.

Around Rs 11 lakh was transacted in February 2017, covering 28,093 SEWA members. The Sasken team is currently involved in building new features to enhance the m-Bachat system.

There is no looking back

Anuradha points out, “This is not a regular app, as many of them only understood Gujarati literals. We had to make the UI simple. We had to give them a chance to make errors and when they made an error, it shouldn't scare them, and they can revert what they had done. We had to make many checks and balance as well, so that it was not misused.”

The application supports an intuitive bilingual user interface that can readily be used by semi-literate women. The app also has a voice notifier, which informs SEWA workers of any mistake, and when a transaction is complete.

On the scope of errors made, Reema says, “If this mistake turns out into a huge disaster, then the worker will feel nervous about the liabilities, and will be responsible for thousands of rupees but by giving them a chance to make the mistake and rectify it, they will become more comfortable with the technology.”

“The experience at SEWA shows that once women know this technology can be used to their advantage, there no looking back.”

“Nothing is free. If we had provided the women with free mobile and tablet, then the scenario would be completely different and we wouldn't see any of this. Once these women start understanding that m-Bachat adds value for them, they take loans to buy smartphones and tablets. Then it is clear to us they understand how important it is for them and this technology or app will change their life."

Three years after Mayaben joined SEWA, she was asked to learn to operate computers, “I was very nervous and scared as I had only attended school until class 7th. The first time when I sat in front of the computer, a screen saver popped-out and I was scared and asked another person to take my seat and I left the class and wanted to go back home. I thought I had made a huge mistake.”

“But then, I was encouraged to stay back and learn to operate a computer. Today, I earn my living by training people to use a computer and smartphone. Everyone at SEWA now calls me the ‘master IT trainer,” she smiled.

She flaunted her Oppo smartphone, which she bought by taking a loan from SEWA bank.

Mayaben recounts how m-Bachat has helped her. “Earlier, I used to be busy noting down the numbers in my notebook, and their passbooks. We hardly had any time as when people came with their questions, we did not have time. Now, things have changed with m-Bachat, I can just check on my phone from anywhere and anytime.”

Sasken and SEWA have agreed they will not use the data for any non-Gandhian objectives. As Rajiv says, “Our end-objective is how we can increase the per capita income month-on-month. We don't want to destroy that end-objective."