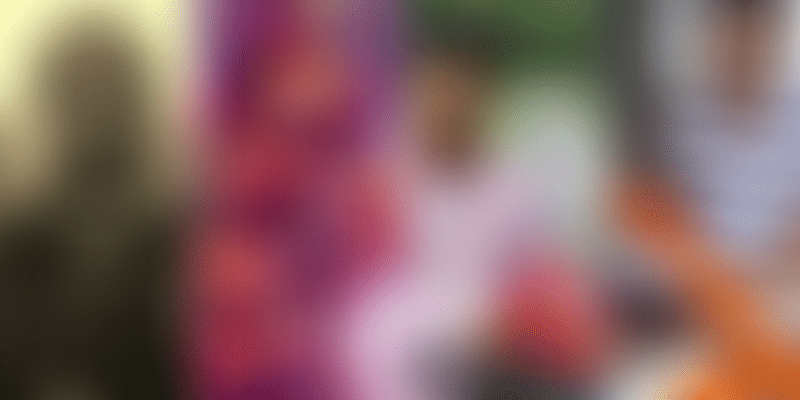 Necessity is the mother of all inventions- an age-old adage that holds good for the motivating stories of some of India’s promising grassroots innovators, who beat all odds and stunned others through their rural innovations.

Ranging from an energy-saving portable stove to a humble roti maker, from a novel bamboo instrument to a time-saving handloom weaving device, from low-cost tractor to fuel-efficient, multi-crop thresher, these socially useful innovations have simplified many laborious aspects associated with livelihoods in rural India.

Here's a list of 7 such grassroots heroes and their much acclaimed social innovations:

1. The man who invented a roti maker to help his mother

Bommai N (41) has always had an eye for innovation. From first trying to innovate new machines in his cycle shop to now having his own licensed workshop, this rural innovator from Bukkasandra village in Karnataka has come a long way.

Irked by the manual effort it takes for rural women, like his mother, to dole out large number of rotis, Bommai decided to innovate a simple machine that makes the whole process easier.

Costing Rs 15,000, Bommai’s portable, easy-to-operate machine weighs just 6 kg and is the size of a regular induction stove. Working on a simple lever mechanism, this roti maker can flatten up to 180 chapatis/rotis in an hour which can directly go on the pan.

2. A rock artiste who designed an award-winning musical instrument

Moa Subong and his wife Arenla are part of Abiogenesis, a famous folk fusion band from Nagaland. Surprised by the dearth of a distinctive non-percussion instrument that could play all notes and compositions of Naga traditional music, Moa created Bumhum, a novel musical instrument that can be played and picked up even by novices easily.

The guitar, violin, piano, sounded too western. This served as a trigger and prompted me to develop an instrument that could be played instantly and had an indigenous sound. And that’s how the Bumhum was born (through many round of trials and errors), shares Moa.

The Bumhum, a durable, medium-sized, flute-like bamboo instrument was handmade by Moa, using one of the sturdiest kinds of bamboo, to support Arenla’s style of singing.

3. The chulla maker from Kerala who sold over 8,000 eco-friendly stoves

Forty-seven-year-old V Jayaprakash went door to door, selling clay stoves with his mother in the villages near Koyilandy, Kerala. Seeing how these biomass stoves emitted huge amounts of smoke, Jayaprakash’s inquiring mind thought of various ideas that could mitigate this problem and help women who choked in the kitchen while cooking.

This then led him to improvise the portable stove to make it more efficient and energy saving. Made of stainless less and cast iron, Jayaprakash’s unique design involves a two-tier system of burning that ensures both the biomass fuel and the smoke created from it are completely burnt creating less pollution.

So far, Jayaprakash has installed over 7,500 energy-efficient stoves in several households all across Kerala and sold many more community stoves ranging from one to 100 kg.

4. The serial innovator from Assam who made handloom weaving easier

At a time when traditional handlooms are dying a slow death, people like Dipak Bharali refuse bow down to the dictates of modern weaving. Compelled by the everyday challenges involved in weaving Assam’s much acclaimed muga silk, this serial innovator has invented a device that has simplified the laborious task of many silk weavers.

Consisting of three components, a base frame, magnet bearing shaft and specially designed bobbin, Dipak’s easy-to use loom (working on the similar principles of a Jacquard loom) has enhanced production capacity ( up to 60 percent) and reduces the time taken to weave by a third.

5. The rural innovator who has built over 25 dams and low-cost tractors

Hailing from a small village in Gujarat's Junagadh district, Bhanjibhai Mathukiya has been credited with innovating more than many useful agricultural equipment- ranging from low-cost tractors to an airborne agricultural sprayer. Born into an agricultural family, the multi-talented tinkerer has also developed a mechanism to store grains at low cost.

To help farmers of Saurashtra who were struggling with rainfall shortage and depleting groundwater levels, Bhanjibhai built a check dam over river Dharfad in their village in 2002. Built with local support, the bridge was completed in just four days.

6. The innovator from Rajasthan who made threshing easy for several farmers

Born to a carpenter’s family in Rajasthan’s Sikar, Madanlal Kumawat had to quit school after fourth grade owing to health issues and an added financial burden. Having picked up basic carpentry skills from his father, Madanlal always desired to innovate.

This led him to build a thresher, a machine used to separate grain from stalks and husks. Though efficient, the initial model was not suitable for multi-grains. However, further improvisations and persistence paid off and, soon, Madanlal was able to design different models of the thresher that come in different sizes and consume different levels of power.

Having simplified a labour-intensive task of threshing that mostly depended on right winds, Madanlal’s thresher has helped many farmers obtain cleaner grains without much effort.

7. The man who provided a cost-effective solution to tackle Kerala’s mosquito menace

Having grown up amidst the rubber plantations surrounding Kottayam, Mathews K Mathews was well acquainted about the mosquito menace that prevailed in Kerala, the state that houses the most number of breeds.

Soon after his graduation, Mathews started developing a cost-effective device that traps and kills mosquitoes through many trials and errors. Unlike other mosquito catchers and repellents that make use of toxic chemicals, Mathew’s eco-friendly version (called Hawker) depends on the smell from septic tanks to attract mosquitos. Eventually, the trapped mosquitos are killed due to the heat built up inside the device as a result of direct sunlight.