Softbank isn’t looking at it as Uber vs Ola; they want to change car ownership: Dara Khosrowshahi, CEO, Uber 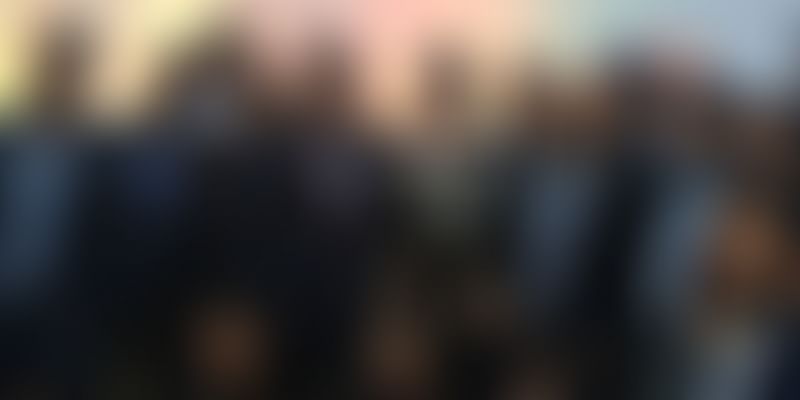 From confirming that Uber is on track for an IPO in 2019, to talking about changing the company culture and growth plans, CEO Dara Khosrowshahi reveals what's on his mind.

It has been five months since Dara Khosrowshahi took on the mantle of one of the most troubled companies in the world. In the past year, San Francisco-based cab aggregator Uber has seen it all - allegations of a sexist work culture, espionage, lawsuits...the list is endless. That's when Dara was brought in as CEO to turn the company around.

This time around, along with changing mobility, Uber also has Softbank as an investor. The Japanese conglomerate, however, is also an investor in Ola - Uber’s competition in India. Speaking at IIT-Delhi’s Dogra Hall on Thursday, Dara spoke about the competition, the Softbank connection, growth, and the work it takes to change Uber.

But successful as though it may be, Uber is yet to be profitable. The company also has a long way to go in terms of a turnaround. Talking about the importance of culture and the steps they have taken, Dara said,

“If you don't have the right culture, the strategy just doesn't matter. When I first came in, one of the core things I had to do was redefine the core values of the company. We went out and talked to all the Uber employees, crowdsourced all the values they believe in, and then came up with the culture norms for the company.”

Heading to an IPO

Dara confirmed that Uber is on track for an IPO in 2019. While the company will have to reduce losses, Dara said he doesn't want to sacrifice growth for profitability. As a company, Uber has been focused and driven towards building a strong product for users and driver partners.

As Uber thinks of taking the company public, they need to invest in systems, processes, estimates, work on market dynamics, and several other things that might not add end-term driver value but are important. Dara said the company did the right thing by focusing on the product, but now needs to focus on more thing.

“I don’t want to sacrifice growth and I really do not intend to sacrifice innovation. We have to be careful not to turn to profits too quickly. We are looking to invest quite aggressively this year. We are competing in the transportation space, which is a $5 trillion market. Uber accounts for less than 1 percent of the market. So, you will find me investing as much as I can humanly get away with and still work towards profit.”

With more investments and a deeper push into the Southeast Asia and India markets, Uber is also looking at acquisitions and partnerships. Dara said there will be organic growth and transactions as Uber grows.

However, in India, Uber competes with Ola, which also has Softbank as an investor. Will the dynamics change? Dara says:

“Softbank is a big picture investor. When I talk to Masayoshi Son on the core beliefs, he believes the ride-sharing space is transforming car ownership. Cars are a wasteful asset. Cars are used only four percent of the time, it makes no sense to own a car. As our business grows and our technology betters towards pool and autonomous services, we can replace car ownership. Softbank isn't thinking about Ola vs Uber, it is thinking about Ola and Uber vs car ownership.”

Uber, he added, isn't spending against Ola; it is spending against car ownership by building mobility as a service. The competition with Ola is a healthy one as it forces Uber to improve the product, be innovative, and reduce prices, Dara said.

In India, Uber is primarily a taxi-hailing business, but globally it is venturing into different forms of businesses - Uber Air, which looks at heli-taxi services; Uber Frieght, which looks at logistics; and others. In India, the company is expanding its Auto and uberEats services, and contemplating an Express Pool service.

Dara, during this visit, is working to understand the market and its dynamics better.

“Uber currently is a global company, but we need to be local as well. As CEO, my constant endeavour is how do I make Uber a great global and a local company. Currently the competition has an edge over us - in understanding local markets. But we are changing that. Along with building a great product, we are also working to understand the market better."