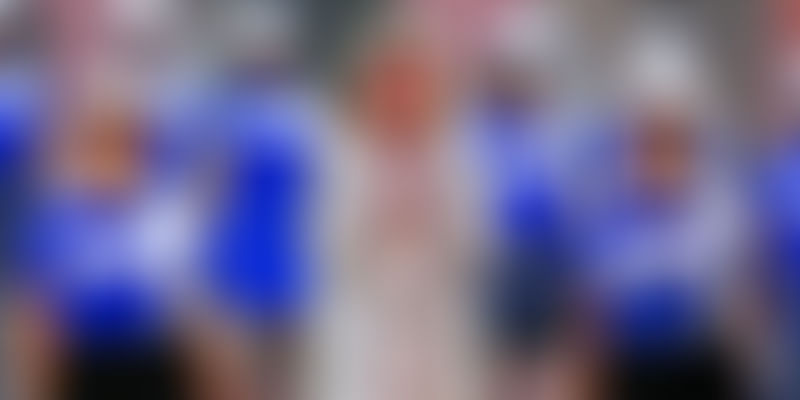 Addressing one of Mumbai’s most popular all-girls’ institutions, Sophia College for Women, Sophie Trudeau, accompanying husband Canadian Prime Minister Justin Trudeau on his eight-day India visit, made an impassioned 17-minute speech on how the world has suffered greatly due to the persistent inequality between men and women – and called upon all sections of the society to “stand up together” in order to eradicate gender injustices and inequality.

Speaking of the biases that have stood the test of time against women, and the gender roles that men are made to adhere to, Sophie stated that it is high time we stop believing that girls are less capable than boys, and that it makes one inferior or undesirable if they possess qualities typically considered woman-like – like compassion and softness. “Misconceptions have led to many sufferings. It is a misogynist belief that girls are lesser than boys. Being able to acknowledge the true value of women is not a sign of weakness, but strength,” she said.

The 42-year-old former television host has championed women’s rights throughout her career, and seemed to be impressed at the efforts India has made towards incorporating diversity. “India is a wonderful and vibrant country, besides being a beacon of diversity and innovation. And you all can continue to serve as an example to the world of how a nation can be so diverse but also so compassionate.”

Referring to the recent wave of women breaking their silence against years of harassment, abuse and injustices that they endured – she stated that we are moving closer and closer to a world that is embracing truths that might seem uncomfortable at first, but are needed to be shared in order to evolve as a civilisation. “We say truth is rising on this planet, but there are lots of paradoxes on the earth. Still truth is rising, voices are rising and awareness is rising. Most importantly, we, as women, are rising. We must open up, we must let the truth rise. Because by sharing the stories of suffering, we can move as a hero. The more we unite, the more we will rise," she said.

She also called upon men to join the fight, stating that this movement does not seek to alienate them, but rather, also liberate them from the gender roles that they are also expected to conform to. “The fight for eliminating inequality does not mean pitting one gender against the other. Rather men are our allies. A man has the full potential to become strong, courageous and fearless but (he) also (should have the right) to become tender and compassionate,” she says.

According to her, education must be leveraged in order to set in motion this change once and for all. "You (India) are engaged in the process and you must continue... education is the key in this process," she said.