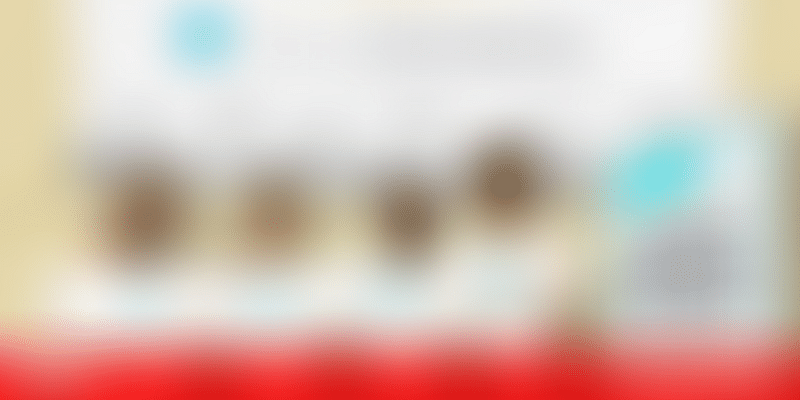 As technologies evolve, Krishna Reddy and Anji Reddy want to retire the address box on your apps. Their tech figures out where you are while placing an order and tags your location as the delivery destination.

Both sons of farmers, but Anji Reddy and Krishna Reddy grew up with different worldviews in Andhra Pradesh. Anji Reddy grew up with an abundance of water in his farm in Guntur; Krishna grew up in drought conditions near Anantapur. One was free from the burden of not having to worry about money, while the other had to work hard for his future.

The formation of the attitudes of these 27-year-olds, who grew up in different towns, reflects the extremes Indian families in rural areas are subject to and why education is the path towards a better future.

From childhood, both boys were told that if they didn’t want to go in for farming, studying was the only way out. So, they worked very hard with a single point vision of succeeding and software engineering was their way out of the travails of farming.

“We did not know what computers, in the beginning, but discovered them while we got into a diploma college after the Class 10,” says Krishna Reddy, Co-founder of Topo. That’s where he met Anji Reddy and they forged a friendship where they would discuss computer science and how - one day - they could build a company.

They parted ways after finishing their engineering education in 2011, but kept in touch. Krishna finished engineering in V R Siddartha Engineering college, in Vijaywada, and Anji studied at Narayana Engineering College, in Gudur.

In 2015, while working as IT engineers in Bengaluru, they decided to finally take the entrepreneurial plunge and focus on building technology products.

“I was under enormous pressure at that time. On one hand, I had to take care of my family amid the drought conditions back home; on the other hand, there was this burning desire to become an entrepreneur,” Krishna says.

Between 2015-2016 the two of them piloted a product that offered real-time tracking of courier services. That’s when they realised that courier boys called clients so often that some of the clients got irritated. Realisation struck that they had a technology problem to solve and could turn that problem into a solution. However, Krishna was still reluctant because of monetary issues.

This was when Anji stepped in and told Krishna that becoming entrepreneurs was the way forward for them. Anji’s family invested Rs 30 lakh and the duo in October 2017 founded TOPO.in, a software company that hopes to remove the address from your apps and free up ecommerce. Topo is a four member tech-team and is built ground up by Krishna and Anji.

What does the software do?

Every day, at least three times a day, you have a delivery boy asking for your address although all apps are integrated with Google maps. This becomes a nightmare, especially for those working as they are mostly in meetings when their deliveries are made.

Topo helps the delivery man follow the location and deliver to the point where the person purchased the service on the app.

“You should ask yourself this: why we should even pick up the call after our addresses are updated on the app? It’s because the delivery men have had bad experiences in finding home or office addresses,” says Anji Reddy, co-founder of Topo.

With Topo, no party needs to call each other because the call is made when the delivery person reaches the doorstep. This frees up time for delivery men and makes them more productive. To the consumer, it offers the comfort of delivery without hassles.

Highlights of the tech:

The idea took root in October 2017 and the duo signed up five ecommerce companies in quick succession. One of their biggest clients is among the top five highly funded companies in India. They are also leaning on cab aggregators now as they seek to grow.

Topo uses machine learning to figure out patterns of orders across apps and helps businesses not to worry their consumers. You can stand on the road and make an order and Topo figures out your exact location. Is it better than Google? It can be as it is sitting on top of Google to solve that last-mile delivery problem, which is not solved by any company in the world.

The two youths want to make their farming communities proud. “We have no choice but to succeed. We have several iterations of the product where the software can fit into any organisation that delivers products,” Krishna says.

Naganand Doraswamy, founder of IdeaSpring Capital, says: “Technology ideas are always welcome when they solve local problems, but they have to be built for global business.”

There is a product rising in India, which can go global, and there is no doubt. All these products are part of software-as-a-service, the business model for Topo. The product can either be monetised based on every query generated and can be modelled on a slab basis (1,000 to 25,000 queries and above).

The challenge, however, is to get the ecosystem to see the value of and use the product. The next challenge is to get them to pay money to get the product to be funded. But the Topo boys seem to have the tenacity to survive and thrive.