Few companies in the world today can claim the kind of market presence and brand that Amazon boasts. The global e-commerce giant is the largest Internet company in the world by revenue, earning US$177.86 billion in revenue in 2017, and its Founder and CEO Jeff Bezos may just be the richest man in history. In recent years, the company has also steadily pushed into the brick-and-mortar retail space, notably in the US where it acquired Whole Foods Market in 2015 for $13.4 billion. This has, of course, spooked traditional retail corporations, who have attempted to push back with e-commerce ventures of their own. Retail giant Walmart is one of the major players attempting to fight Amazon’s rapidly growing influence on its home turf, but the company’s efforts appear to have fallen far short of the needs of the hour.

In the company’s fourth-quarter report published on February 20, Walmart revealed that it had missed earnings expectations for the quarter, earning $2.17 billion as compared to $3.75 billion earnings from the same quarter last year. While its e-commerce sales were up 23 percent, they were much smaller than the 50 percent growth the division saw in the same quarter in 2016. The poor results spooked investors and saw Walmart’s shares plunge more than 10 percent, effectively erasing about $30 billion from its market cap. This was the company’s worst single-day stock performance since January 8, 1988.

Walmart has previously indicated its willingness to take the fight to Amazon – the company has recently acquired multiple e-commerce websites including consumer products platform Jet.com in 2016 and upscale menswear site Bonobos in July 2017. However, the company’s sales haven’t grown as fast as expected in these online subsidiaries, in part due to gaps in available inventory as well as issues with reaching out to the target demographic. Neil Saunders, Managing Director of retail consultancy GlobalData, wrote in a note to investors, “There are many demographics, especially younger and professional segments, for whom Walmart is not the destination of choice online...This isn’t because it doesn’t sell what they want ... It is because they do not associate Walmart with online or they default to Amazon.”

However, despite the poor performance, Walmart executives remain upbeat about the future of the company’s e-commerce division. The company expects to see a rise of 40 percent in online sales in 2018, and Walmart CEO Doug McMillon is positive about his company’s performance. “Our stores are executing better, we’re innovating more, and customers are responding with higher sales and traffic,” he said in an earnings call with investors yesterday.

Walmart still has a long way to go before it catches up to Amazon in the online retail space, and with Amazon pushing heavily into brick-and-mortar retail through Whole Foods, the Bentonville-headquartered retail giant might find itself fighting a battle on two fronts. However, Doug is cautiously optimistic about the future. In the earnings call, he said, “It’s possible we may choose to lose a little more in e-commerce this year than we did last year, but generally speaking, we think it’d be about the same level of losses...I and the management team are watching e-commerce growth rates, e-commerce profitability, store traffic counts, and making decisions in a relatively fast cycle on how much price to invest and where to invest it.” 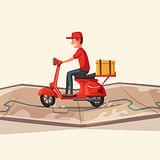 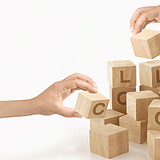 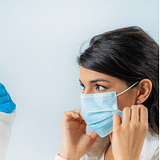