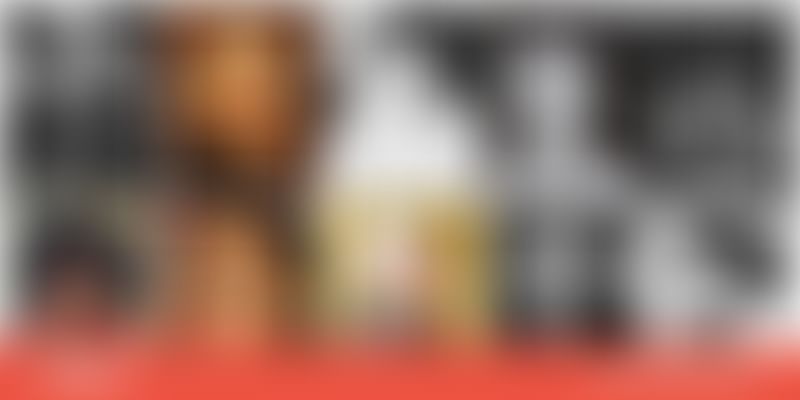 Over the centuries, much like cinema, theatre, comedy, and other forms of art and performance, literature too has had an inherent problem – a heavy focus on masculine perspectives, characters, and authority. In a bid to counter this issue, some women picked up the pen to make their voices heard, especially on issues that mattered to women.

With Women’s Day closing in on us, we pick the most brilliant names who opened up the literary world for women writers and women characters, who broke away from prescribed gender roles, societal expectations, and cultural norms to speak about women and issues that mattered to them. Here is a list of women from across the globe who still continue to inspire through their writings:

Paris-born-and-bred Simone de Beauvoir published a number of fiction and non-fiction literary works on the themes of existentialism and womanhood. Her book The Second Sex is regarded as one of the most pioneering works of the modern feminist movement. But Simone was more than an iconic feminist writer. The Second Sex overshadowed some of her other brilliant works in fiction and travel such as The Mandarins, America Day by Day, Memoirs of a Dutiful Daughter, and Force of circumstance.

Adrienne Rich was an American poet, essayist, and feminist who had a deep influence on the developing ideas, theories, and practices of the women’s liberation movement of the 1970s. But her most important contribution has been on the idea of sexual equality, through her critique of what she called ‘compulsory heterosexuality’.. One of Adrienne’s most important literary contributions over the years has been her book Of Woman Born: Motherhood as Experience and Institution, an extensive poetic take on motherhood and childbirth, and what it means as an individual experience vis-a-vis a prescribed institution.

Edwidge Danticat is a Haitian-American novelist and short story writer whose themes largely focus on national identity from a woman’s perspective and diaspora politics as a Haitian immigrant. In her book Breath, Eyes, Memory, Edwidge explores the deep relationship between women and the state’s nationalist agenda. She brings out the oppression, violence, and victimization inherent in virginity tests of black women. Throughout her literary works, Edwidge also explores the theme of mother-daughter relationships and their impact on identity and self-expression, a theme that has received much attention and evidence in psychology circles.

Having spent most of her childhood in Southern Africa, it is no surprise that Doris Lessing often explores racial themes in her work. Her first novel The Grass Is Singing showcases the shallowness and complacency of the white colonial society in Africa. The formerly untouched theme immediately brought Doris the attention her talent deserved.

Over the years, Doris became an iconic post-war writer whose themes – mainly race and gender politics – remained relevant and striking for their time. From the choosing and rejection of domesticity and an unhappy marriage to managing one’s role as a woman, lover, writer, and political activist, Doris’s literary contributions have touched upon the the many issues and daily challenges of women. This is why her work has remained relevant for seven decades.

What can we say about Harper Lee, the celebrated writer of To Kill A Mockingbird, that hasn’t been said before? A law college dropout, Harper went on to become one of the greatest literary geniuses of all time. What made her book stand out was the primary character and narrator, a six-year-old girl named Scout Finch. From the way Scout dresses and punches “like a boy” to her being outspoken and opinionated and her ruminations about her aunt’s discomfort with all of it, Scout was one of the first literary characters to break so many stereotypes about gender roles. To Kill A Mockingbird not only won the Pulitzer but also became prescribed reading in universities around the world. In her life as much as in her work, Harper advocated African-American rights and was a feminist icon.

Now celebrated as an iconic writer and feminist, Virginia Woolf got no recognition for almost 50 years after her novels were published. Her writings called attention to women’s issues and the inner lives of women. Virginia’s female characters were complex and always at the forefront of her work. One of the most important works that set her apart from the writers of her time was Jacob’s Room.

During and after World War I, when everyone was waxing eloquent about the War, Virginia turned her attention to its impact on domestic life, personal grief, and trauma. In A Room of One’s Own, she wrote about the power and agency of a woman and how they are shaped by their education and financial independence. These themes were far ahead of Virginia Woolf’s time, and she continues to be relevant in the current context of women and their agency.

Nigeria’s Chimamanda Ngozi Adichie writes novels, short stories, and nonfiction. She is one of the most prominent African writers of her generation. Her style, theme, and language are said to have renewed the world’s interest in African literature and narratives. In her books Purple Hibiscus, Half of a Yellow Sun, and The Thing Around Your Neck, Chimamanda has challenged the portrayal of Africans and African women in the Western media as ‘starving, bullied, and dying of AIDS’. Chimamanda’s works are also staunchly feminist in that she uses them, as well as her speeches and interviews, to make a strong point about the fatal combination of misogyny and racism of the global literary community against African women writers.

Rokeya Sakhawat Hossain, or Begum Rokeya as she is commonly known, was an erstwhile Indian, now Bangladeshi writer, thinker, educationist, and social activist, and one of the first women’s rights advocates from this part of the world. While she is widely regarded as the pioneer of women’s education in the Indian subcontinent, Begum Rokeya’s poems, novels, short stories, and essays advocated equal rights for men and women as independent and rational human beings. Some of her most notable works include Oborodh Basini, which attacked the purdah system as a danger to women’s lives and independent thought, and Sultana’s Dream, which dreamt of the feminist utopian Ladyland, a world ruled by women.

Bangladeshi Taslima Nasrin is a former physician and author who now lives in exile due to her literary criticism and feminist perspectives on several religions, including Islam. Taslima started her literary career as a poet and used graphic language against female oppression. Her prose work Lajja focused on a Hindu family’s fight struggle amidst the anti-Hindu riots in Bangladesh in the light of the Babri Masjid demolition in 1992. The book was banned in Bangladesh and incited protests and demands for Taslima’s execution by various Muslim groups. Lajja led to her fleeing from her homeland to Sweden, where she now works as a full-time activist and writer.

Maya Angelou is a renowned African-American writer, poet, singer, dancer, and actor. But most of all, she an inspirational feminist. Her literary work has been a constant and relentless fight against slavery and oppression. Her notable works include Phenomenal Woman: Four Poems Celebrating Women, Reunion, His Day Is Done: A Nelson Mandela Tribute, and I Know Why the Caged Bird Sings are all testament to and bring forth the stories of African-American women.

Despite the odds being against them, we have seen the rise of women authors who lived to tell the tale of a different side – the side of women and other minorities as real, feeling, thinking, and sometimes grey human beings. These were stories of spirit, breaking stereotypes, and bringing different perspectives to the forefront – perspectives and points of view that deserved to be heard and understood.