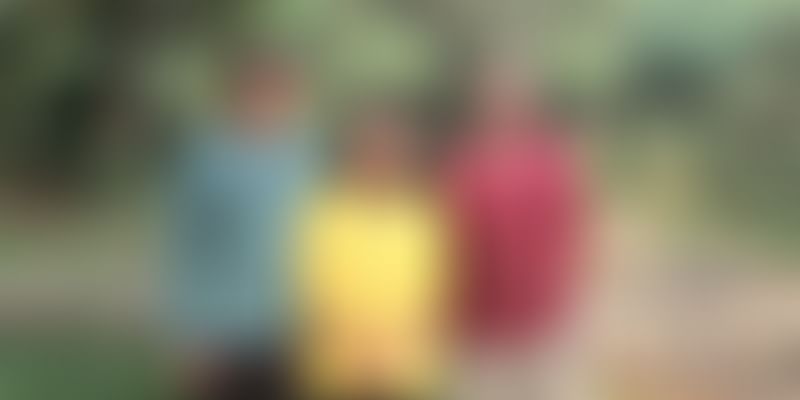 With coffee consumption on the rise globally, fifth-generation entrepreneur Vishnu Rajes wants to take single origin coffee from his estate in Yercaud to homes across India with ecommerce.

What happens when you have a 150-year-old legacy of growing coffee? You use it to build an ecommerce business of selling coffee across the world. The GlenFell Estate Classic Arabica Coffee, of Cauvery Peak, is rated five stars on Amazon. Peruse the Cauvery Peak website, and you will find premium coffees that are gourmet standard. If you are used to coffee with chicory, Cauvery Peak isn’t for you.

But fifth-generation entrepreneur Vishnu Rajes realised that things – and the taste for coffee – were changing in India. Vishnu had been groomed to take over his family business, MSP Plantations, in Yercaud, Tamil Nadu, and continue trading coffee. But his stint abroad, at Washington College in the US, made this 25-year-old realise that the power to build a brand – and not trading - was the need of the hour.

He came back and began creating coffees at his plantation. Not long after, in mid-2017, he floated his website Cauvery Peak.

The key, though, was in the creation of the coffee.

“I realised that the market out there for connoisseurs of coffee was very large globally. Even in India, premium coffees have not been marketed very well,” says Vishnu, Co-founder of Cauvery Peak. He began sorting coffee based on their nose and palette. “The opportunity to create a brand was too large to ignore because we were supplying coffee beans to traders who were selling it to coffee companies,” he says.

However, Vishnu needed investment and told his father, Vijayan Rajes, who was keen on the idea and became the investor and co-founder. He seed funded Vishnu with Rs 50 lakh for the business.

The origins of the business

Although the family has been in the business for 75 years, after taking it off British hands, the current strain of coffee has connections to the American continent. To improve the coffee strain Vishnu’s grandfather travelled the world for a plant whose beans could add a bold flavour.

But under Cauvery Peak, the taste caters to the palate and its three varieties of coffee vary in taste and nose. Cauvery Peak serves the modern customer who is global and shops digital.

“The single estate coffee beans are planted, picked, processed, roasted, packed, and dispatched from the estate directly to you in order to ensure freshness, consistency, traceability, and quality,” Vishnu says. He adds that being online allows him to reach a wider audience. The variety's sold on the website include single origin coffees like Shevroys Estate single origin. This coffee produces a sharp flavour profile for discerning coffee enthusiasts who love a fine aroma, crisp acidic flavour, medium body and a distinct citrus aftertaste in the cup. The Cauvery Peak Estate single origin has a sweetly round aroma, richly low-key acidity, full body. Hints of fresh- cut cedar, lemon and chocolate in the aroma. In the cup, mid toned with distinct, clean fruit leaning toward chocolate.

Then the Glenfell estate is planted with both Arabica and Robusta varieties and inter-planted with cloves, nutmeg and pepper vines.

The competition and opportunity

Vishnu is building the reach slowly. He has opened three retail outlets in Yercaud and is also supplying his coffee to six hotels across the country. Currently the brand is only nine months old and Vishnu is not worried about sales as yet. He is taking the brand to forums like the Coffee Board of India and to conferences on coffee.

Over the last year, several coffee retailing companies have been born. Startups that offer purchase of coffee online include Flying Squirrel, from Coorg and Chikmagalur region; and Blue Tokai, from Delhi. These brands bring single origin coffees to the table.

Research and Markets, in its India Packaged Coffee & Cafe Chain Market Overview, said that the packaged coffee market is expected to grow between 10-15 percent CAGR over the next five years. The report added that coffee as a segment has steadily gained share of total consumer spending on beverages over the last many years. The growth of cafe chains over the last decade has also boosted the visibility and per capita consumption of coffee among Indian consumers. Cafe Coffee Day, Barista and Tata Starbucks are some of the leading players in the cafe market.

Coffee consumption is higher in the southern part of the country. However, it is expected to increase in other regions during the forecast period. The production of Robusta coffee is much higher than Arabica in India, which is anticipated to increase in the future years. According to Franchise India, the coffee and tea industry has taken a big leap from Rs 25,166 crore in 2013 to almost Rs 41,800 crore in 2017. In less than five years, the industry has grown three-fold, bringing out a lot of business opportunities in the tea and coffee sectors. It is being predicted that the total number of organised cafe chains will increase from the 3,500 at present to almost 6,200 by 2020. These figures are a clear indication of the success brewing for interested investors.

But, for Vishnu Rajes, the journey of coffee has just begun. The reason they call their brand Cauvery Peak is because they could see the river Cauvery from the mountain top of their estate. This legacy brand has successfully gone from local to pan-Indian; and Vishnu now has plans to take it global.