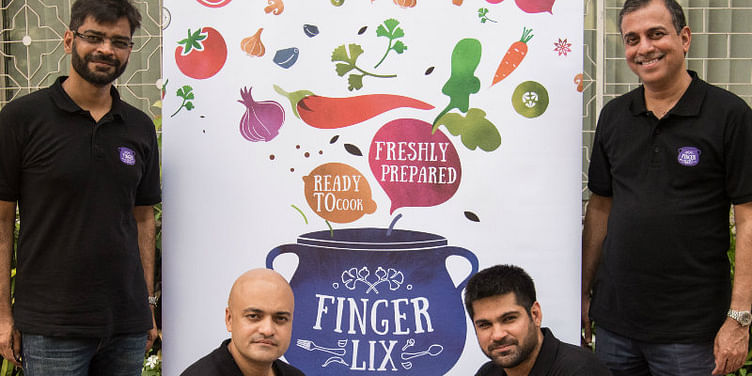 Foodtech startup Fingerlix will use the venture debt to build production capacity, expand their product suite, and grow into newer markets.

Fingerlix, the ready-to-cook foodtech startup, has raised Rs 8.5 crore in debt funding led by Alteria Capital. The debt raised is intended to be utilised towards building Fingerlix’s production capacity, expansion of the product suite, and growth into newer markets.

In April last year, Fingerlix raised $3 million funding from Zephyr Peacock. At that time the team was looking to intensify its operations in Mumbai, expand into newer geographies of Pune and Bengaluru, and expand its product lines and scale.

This deal represents the first investment from Alteria Capital’s maiden Rs 1,000 crore fund, which had its first close in February.

Launched in 2016, Fingerlix is the brainchild of Shripad Nadkarni, Shrikrishna Bharambe, Varun Khanna, and Abhijit Berde. The startup claims to serve freshly cooked and chilled food prepared in a state-of-the-art hygienic kitchen. Fingerlix allows customers to customise the dish as per their taste.

“Fingerlix is a rapidly growing business with strong fundamentals and a fantastic team. Shripad and Shree have ensured that the foundation is well established for this rocketship, which has a massive market opportunity across India,” said Vinod Murali, Co-Founder and Managing Partner, Alteria Capital.

Alteria plans to raise a total of $125 million with a green-shoe of $30 million. According to the team, this will make Alteria one of the largest venture debt providers in India.

The fund also has strong visibility for additional investment beyond the first close from a number of domestic and foreign investors, and expects to achieve the final close in the second half of 2018.

The fund will target startups across early and growth stages with cheque sizes ranging up to Rs 100 crore. The approach is aimed at giving startups access to debt that is generally not available through traditional commercial debt providers.

The food segment is fast growing. Epigamia has company raised two rounds of funding—the latest a Series B round of about $14 million in 2017—primarily for technology, manufacturing, developing the cold chain, and hiring. Also, ID Fresh raised $25 million funding from Premji Investments last year.