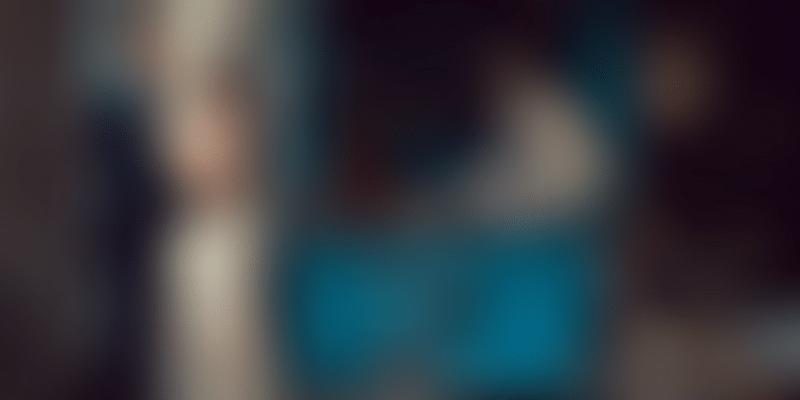 Anshumaan Singh’s initial career choices would be viewed as failures by conventional Indian society. Despite being from a family of doctors, he could not become one. He then opted to become an engineer, only to realise that he wasn’t carved to be one. It was then his passion for photography gave him the creative outlet to succeed. This is his #PassionToPaycheck story

“I often see myself photographing even in my dreams.” This honest admission best encapsulates Anshumaan’s passion for photography, and probably why he went on to co-found Chocolate Box Photography.

A failure and how that led him to discover his metier

“I belonged to a doctor’s clan. My parents, uncles, cousins, were all doctors. Naturally, I thought I was destined to be one. The possibility that I could even choose any other career didn’t even occur to me,” says Anshumaan.

However, he couldn’t make it. Says, “I failed miserably, so I did the next best thing as is the norm in India, I chose to do engineering in Biotechnology.” It was here that he fell in love with photography. “When my friends saw the photographs I used to click, they often asked me which DSLR model I had used. But they would be taken aback when I revealed that I had used a Nokia N73 phone camera.”

His learnt the basics of photography by reading online journals and going on photowalks early in the morning to hone his skills. And, when he started winning photography competitions at college, it boosted his confidence and interest.

After college, he got sucked into the regular grind of a software professional. But his passion for photography was very strong, and he couldn’t ignore it any longer. So he began taking photography assignments. “There were days when I used to wake up early in the morning, finish a shoot, head to office, and go for a shoot again late in the evening. During the wedding season, I never slept a wink for days together. I would be busy either in shoots or editing the photographs.”

He credits his wife, Deepshikha Singh for encouraging him to pursue his passion full-time. “She has been my ardent supporter right from my college days. She understood my passion for photography when no one else did. When she saw that the regular 9 to 5 IT job drained me, she asked me to quit. And when I did, everyone around panicked, except one strong woman who believed in my dreams.” In fact, Anshumaan says that his wife was the one who finally convinced his family, when they wanted him to rethink his decision to pursue photography fulltime.

In 2012, Anshumaan co-founded Chocolate Box Photography along with Mohit Wadhwa. The two were colleagues and took up photo assignments together as freelance photographers. Today, in less than six years, Chocolate Box has carved an identity in the photography services business in India. Chocolate Box provides a host of services, including wedding photoshoots, couple photoshoots, baby photoshoots, in addition to candid video services. They have covered 150 + weddings both in India and abroad. They have shot weddings in Mexico, Maldives, Sri Lanka and Thailand. Anshumaan says, “Our photographs are like a box of chocolates, filled with sweet memories. Through our work, we breathe life into the photographs. Each picture captures an indescribable emotion. Each picture helps to relive that emphatic timeless moment.”

However, this journey to becoming a recognised name has been anything but easy. In the initial days, there were times when Anshumaan had to work on a pro-bono basis, because Chocolate Box was still unknown.

He says, “The biggest challenge for me was to prove my abilities and prove that this journey was worth the risk I had signed up for. And because I gave my best, my work spoke for itself. and more work began to pour in gradually through references.”

Today, Chocolate Box Photography has a full-fledged 20-member team, consisting of photographers and cinematographers. “My biggest ROI is when I see my clients smile at my pictures and view them over and over again. When I see my pictures framed and displayed on walls or tables, there’s this rush of happiness and contentment of a job done right.”

A hue that never fades

He says one of the best things that happened since he moved out of a regular day job is that he has stopped dragging himself to work. He no longer looks at his watch to see if it is time to leave. Instead, he feels a sense of belonging, be it at a wedding shoot or at the editing table.

Anshumaan says, “One of the best things of this profession is that no work day is the same. If I have early morning shoots, my day starts at 4 am and if I have a wedding to shoot my day ends at 4 am. Some days are just for client meetings. The no-shoot free days are dedicated to learning sessions and editing pictures. Life is no longer tiring or boring, as it once was.”

Ask him what inspires him to get better at what he already does best, he says, “Photographs. When I see a good photograph, I instantly visualise myself in that moment. I imagine how I would take a photograph like that. That apart, every compliment, every little pat, every acknowledgement of my work, be it on social media or in person, motivates me. It gives me a dopamine rush.”

Reflecting on his journey, from a shy youngster who felt he had let down his family and their expectations, to an ace photographer, Anshumaan says, “If there is one thing I have learnt all along, it is to never given up on my dreams. And, that’s how I found my calling.”