The awe-inspiring story of Deepika Kumari, the daughter of a rickshaw driver who dominated the world in archery 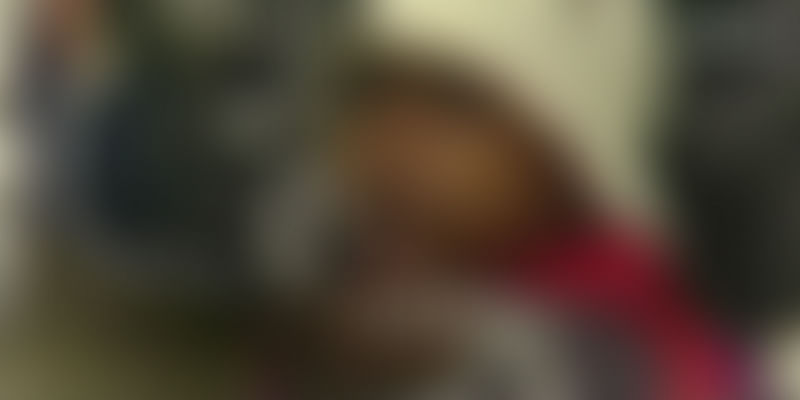 At the Magic Bus’s Women’s Day Event in Mumbai, 23-year-old Deepika Kumari exudes both fierceness and humility, as she mingles with 50 of the NGO’s children who had just attended the premiere of the Netflix Original documentary on her life, Ladies First.

Before saying goodbye, she had one thought to leave them with: “Zidd karo. Haath-pair patko. But give up mat karo.”

When I spoke to the Ratu Chati girl it became instantly clear why this was the principle she has chosen to abide by.

Had it not been for her tenacity, the bureaucracy and general lackadaisicalness of the Indian sports authority would have triumphed over her teeming talent; a reluctant rolling pin would have replaced her weapons of choice - the bow and arrow; and the patriarchy, once again, would have deprived India of its moment of arrival, as it gave the world the number one archer.

As she stars in a documentary based on her life produced, directed and self-funded by husband-wife duo Shaana Levy and Uraaz Bahl, we piece together her journey from Ratu Chati to Ranchi to Rio.

Born in June 1994 in what she says is “not a city, but not a village either” about 15 km from Ranchi called Ratu Chati, Deepika Kumari’s father Shivnath Mahato drove an auto-rickshaw for a living, and her mother, Geeta Mahato, was a nurse at the Ranchi Medical College, who always dreamed of seeing Deepika accomplish what she stopped just short of – becoming a doctor.

Deepika would spend her holidays at her grandmother’s, where a cousin once told her that she was learning archery - something that Deepika would also practise with her own homegrown apparatus, with low hanging mangoes as the target. One summer, the 11-year-old listened intently as her cousin Vidya Kumari spoke of life at the Tata Archery Academy where she had started training.

For the little girl starved both of opportunity and food - the certainty of meals at the Tata Academy - that would go on to be her alma mater in archery – resonated with her more than the prospect of laying her hands on more formal equipment than her indigenous gear carved out of bamboo.

She asked Vidya how to enroll, and learned that she was selected through a competition at school.

She tried her hand at a local competition herself, but her inherent flair didn’t kick in immediately - more so because she was largely malnourished. Obstinate, she walked into the academy and asked to be admitted.

Deepika was then directed to the Arjun Archery Academy, owned and operated by the former Jharkhand CM’s wife Meera Munda. She pleaded with them to train her for just three months and said that they should kick her out if she fails to get better by then. “My mum and dad, on the other hand, argued I was too young to live by myself, and that sports was unreliable as a career, and I should focus on studies.

She took to archery like a moth to a flame, and within a year, joined the Tata Academy, where she practised for the first time with formal equipment and even received a stipend of Rs 500. “At Tata, I started competing more, got better coaches and training, and life also got better as there were proper food and living conditions. Watching my seniors there, who had won various competitions – I would get inspired and motivated to win too,” she recalls.

Living the dream at Rio

In 2009 she became the second Indian archer, after Palton Hansda, to win the Cadet World Archery Championship title.

Later that year, she won the Youth World Archery Championship in the US – and her winning spree continued. Her performance in the 2010 Commonwealth Games, held in New Delhi, where she won a couple of golds, is what put her on the map as a formidable new entrant. At the Asian Games later that year, she helped her team snag a podium finish in the Women’s Recurve.

By 2012, she had won her first Archery World Cup individual recurve gold medal at Antalya, Turkey, which not only catapulted her to the world number one position but also made her a worthy recipient of the Arjuna Award.

However, at the London Olympics later that year, she lost in the opening round. But the wins continued in a sometimes choppy but mostly fruitful three-year period before Rio in 2016, she bagged several silvers and bronzes, and even a few golds at various Archery World Cups.

“The government is helping athletes, but the timing and coordination aren’t proper. The main challenge was that we never received everything we needed, on time. We get the necessary resources only two or three months before the competition, which is something we can’t utilise, and get used to quickly. We can’t plan for the whole year or travel abroad. Several times, when you go out, the government organises impromptu trials here, on short notice. It’s like, humaari koi aukaat hi nahi hai. But I cannot quit, so I just think to myself, till I cannot change it, I have to make the best of what is available,” she recounts.

She had been struggling with the bureaucracy and general non-co-operation when a tycoon in the construction space was in the same predicament. Uraaz Bahl had been locking horns with the government for countless stalled clearances on an affordable housing project he had planned and was at his wit’s end when he chanced upon Deepika’s story on television.

He related to her trials and tribulations as if they were his own, and was instantly motivated to tell her story and try and alleviate her situation. He discussed it with his wife Shaana Levy, and in the next two weeks, they had rounded up a rudimentary film crew and made their way down to Jamshedpur to meet Deepika and start shooting.

“I went to where she was born – it’s truly the bottom of the barrel. For someone to have come up from there is nothing short of miraculous. Look at the other archery nations, people start at four and five years old. She started at 11, and in four years, she was world number one,” says Uraaz Bahl, who directed the documentary.

In the course of the filming, it took a while for Deepika and Uraaz’s team to get comfortable. “She assumed that we were just another media crew that would shoot and leave. Neither of us anticipated the role we would play in each other’s lives. She ties me a rakhi every year, we are practically family,” he narrates.

But that bond took a long time in the making. Shot over a span of three years, the crew chased her from Ratu Road to Rio, and all the places in between – Dubai, Delhi, and Jamshedpur.

Deepika notes how nervous she was for Rio after 2012, but how she overcame that nonetheless, to focus on making the most of her ‘now.’ She lost in the pre-quarters of the individual section and last-eight in the team event – all of which was chronicled in the documentary, including the exact moment she became more trusting of this chosen family.

“When I lost in Rio, they were the only one among the journalists and filmmakers that had shot with me, to actually call and check in on me. No one from the federation, the government or even my family called,” she tells us. The government did, however, present her the Padma Shri later that year, upon her return.

“When you watch the film, you will see that there is a point where she breaks down. When we shot that, we had known each other for two years, and were already very close. Therefore, all of us – the cameraman - who didn’t even speak much Hindi as he was from LA, me, the others - broke down with her. It was such a powerful moment,” he recounts.

The resulting 39-minute documentary, Ladies First, won over 16 international awards – and found a champion and producer in two-time Academy Award winner Sharmeen Obaid Chinoy – who watched the film at one of the festivals and was impressed.

Once the Netflix deal was locked in in October 2017, the rest, as they say, is history. “The best-case scenario is getting Netflix on board – they have revolutionised the documentary space,” says Uraaz.

Now marketed as a Netflix Original, it is available in 190 countries, with subtitles in 28 languages.

“The budget was not very much – but, find a purpose and the means will follow. Now, there are many avenues to get your film funded, hundreds of grants, and funds for documentary films,” he says.

“She is a hundred percent golden, and we squander her talent entirely, by not providing the technology, the facility or the funding. All Olympians are empowered by their team, their entourages consist of fifteen people, coaches, physiotherapists, nutritionists, sports psychologists – and she doesn’t even have a team. Talent can only get you this far,” he explains, after having personally witnessed all the problems Deepika had narrated in the interviews.

But, the real problem is a much larger, cultural one, says Deepika. “People in the village often tell my parents that I am on the wrong track, but my parents never ever let the negativity reach me, and fend everyone off themselves. There are times when it gets to my mum, but my strategy is simple – I just ignore them and tell my mum the same thing. Ek kaan se suno, doosre se nikal do. Jitna sunoge, utna pareshan hoge, utna time waste karoge, utna tension hoga - it is not worth it!”

Preparing for the Asian Games, Deepika is currently at the all India camp at Jamshedpur, where the trials will also take place. Before signing off, she has one message for little girls everywhere – “Zid karo, haath-pair patak ke mana lo, but give up mat karo. And win the support of your family. With them by your side, they become your strength, you can answer to anyone and face anything.”