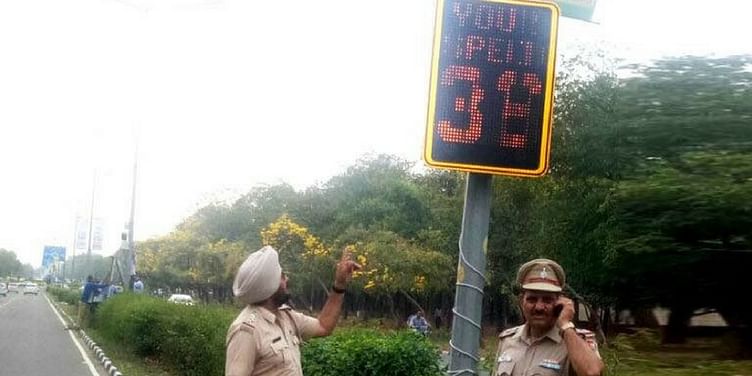 Equipped with night vision technology, the cameras are capable of recording the speed of a vehicle enabling the traffic police to issue challans to anyone who breaking the speed limit.

The cameras were initially tested by installing them temporarily at Chandigarh’s Madhya Marg. A screen to monitor the speed and display it on a vehicle was installed along with the camera close to the Railway Line Point.

A team of experts gave us a demo of the camera and the screen. The cameras have night vision as well while the screen shows the speed of the vehicle on the road.

These cameras with night vision technology have now been installed across the city to monitor vehicles' speed. These cameras also have a digital display to warn drivers crossing the speed limit. A white light is displayed if one is driving above the speed limit, warning one beforehand. If one still crosses the speed limit, a challan will be issued to the driver along with an image of the incident.

Be Careful while stepping on the gas in Chandigarh even if you don’t notice any check-post or policeman on the road as the Chandigarh Traffic Police is all set to tighten the noose around speeding vehicles.

For the Chandigarh administration, this is not the first move to ensure road safety. Chandigarh is counted as one of the few cities which considers driving with high-beam within the city a punishable offence.