Child bride at 12 and mother at 13, how Baby Halder went from being a domestic servant to a bestselling author in 21 languages 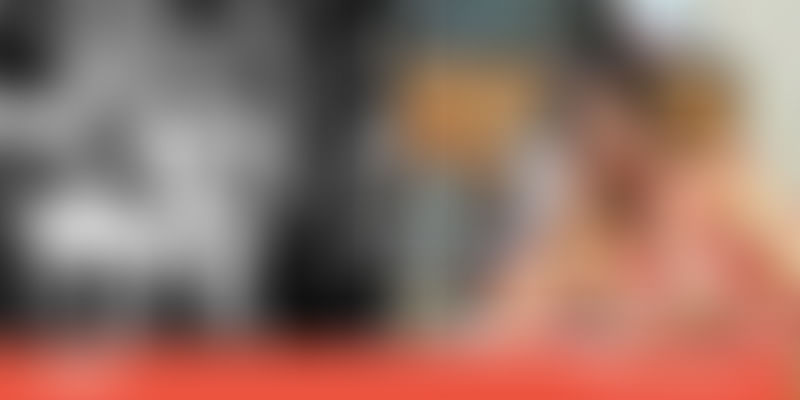 She was abused by her father and married off at 12 to a man twice her age, who made her bear a child at 13. But she courageously escaped with her three children, worked tirelessly as a domestic help and one day decided to pen down her story.

Of all the things that are remarkable about her and all the things that would haunt me; Baby Halder’s smile will be the most vivid. I don’t think I’ll ever know what her face looks like when it is not radiating joy and positivity. A smile so unmoving is the most endearing thing in itself. But when she told me her story - in what will constitute some of the most emotional moments of my life – the resilience and obstinacy of her smile made it ever so special, and even harder to shake off.

She is a survivor – of child marriage, domestic abuse and abject poverty, and now lives to tell – write and publish, rather - the tale, in eight Indian and thirteen foreign languages, and inspires millions of other women through the heartwrenching talks she delivers.

Baby’s fate changed hands from one abusive male to another ever since she was born. The first, her father, pulled her out of school when she was 12 years old, and married her off to a man twice her age. Within a year, when she was a mere child herself, all of 13, she bore a child of her own. Consent and agency were not a part of the equation, and she went on to have two more children. She continued to raise her three children in a household where her husband would exert his aggressions on her on a daily basis. With every incident, she summoned from within her the fury and strength of all the women in her life who were scorned and broken.

“I saw how much my mother had gone through, leaving her husband, and her home overnight with an infant child. My mom left because she could not tolerate my father’s behaviour anymore. My own sister had been strangled by her husband with his bare hands. I saw this with my own eyes. In my neighbourhood, a woman was attacked with acid and then burnt alive. I kept thinking, ‘what is this world we are living in?’ I saw three women lose their lives – I did not want to be the fourth,” she recounts to YourStory.

Made stronger by her conviction that life could not possibly be this cruel and that there had to be a way to gain control of her own destiny, she started charting an escape plan, from Durgapur in West Bengal, where she lived at the time. “That was not the world I wanted to expose my children to; I needed to get them educated. I thought ab bahot ho gaya (enough is enough),” she says.

She had no plan, but she trusted no man. Only God and she had faith that God would grant her the strength for her intentions were noble and just, she tells us. She, along with her three children, ran away one day. Her first stop was at her brother’s in New Delhi. “His family did not support me; they saw me as a burden. We would fight every day. The people around would judge us,” she recalls.

Her brother’s friend decided to step in to help her out and introduced her to a family that needed domestic help and would let her stay at their house with her children. “The problem was that those people were inhuman. They acted as if they owned you just because we worked as their domestic help. I stayed there for a little over a year, but I asked people around me to help me find another job. One day, a man took me to Tatus,” Baby tells us.

As soon as they met, the pair knew that this arrangement was meant to be. “Tatus instantly asked me to move in with the children. He said I could call him Tatus, which means ‘father’ in Polish, just like his children would. His voice made me feel at peace; the way he spoke, slowly and calmly,” she says.

He not only enrolled her children in good schools but also taught Baby how to read and write better. “He gave me what even my own parents didn’t. After that, meri nayi chidiyaad fadati rahi (my wings have been fluttering),” Baby recalls.

Baby and “Tatus” cultivated a beautiful, symbiotic relationship. Tatus would often call Baby while she was in the middle of work, and ask her to take a break just to have a conversation with her. “He asked me about my life, how much I have studied…I informed him that I had studied up to Class 8. He told me something very important then. He said, ‘Literacy and intelligence don't go hand in hand’,” she recalls.

When dusting and cleaning, she would often try to read the Bangla books from his extensive collection. “He would observe me as I looked at his books. One day, he asked me, ‘do you want to read?’ I got embarrassed and put the book back. He insisted. This book was by Taslima Nasreen. He asked me what I thought of it and I told him that it felt like it was my own voice,” Baby says.

One day, he went up to her, when she was engrossed in her routine, with a pen and paper and a single-word instruction: “Write.” “I was terrified, I had no idea what to write. I froze and asked him what I should write. He said, ‘write about you’,” she recounts.

And so, she wrote.

With a diary in her room, she wrote, night after night. “My daughter would scold me if I missed even one day. One day Tatus asked how much I had managed to write. I was only four pages in and told him it was full of mistakes. He asked to read it. I gave it to him and got back to work. He came back, put his hands in my hand, and said, ‘Bahot acha likhe ho, likhna bandh mat karna.’ Just like it happened in The Diary of Anne Frank, which I had read in the past,” she recounts.

The professor alerted his friend circle, and they all started rooting for Baby. “They all said, ‘Baby, likhna bandh nahi karna’! I got the courage and encouragement. I finished my book, and handed it to Tatus,” she says.

The one stark theme in her book is truth. “I do not feel vulnerable for I know that so many people related to me. When I was writing about my marriage, I thought that I was writing about not just me, but crores of other Babys. That gave me strength,” she says.

Tatus took that diary and turned it into a novel. The book, titled Aalo Andhari or “A Life Less Ordinary” was first published in Hindi, and came to be translated into 21 languages.

“One day, I went to Bengal. Over there, we consider authors as Gods. And there, my book was lying, published. I couldn't believe it. I went to the bathroom, looked in the mirror and pinched myself,” she says.

The word spread far and wide – journalists from all over the world, including prestigious news organisations like the BBC, sought her out to document her journey. “Many people say that getting their books translated entails a lot of chasing people. Luckily, I didn’t have to chase anyone, I get offers,” she quips.

Tatus encouraged her to move on from domestic work. Baby moved to Calcutta, where she was able to build her own house with the money she earned from her book. “I got good royalty in Paris; there were six lakh copies in circulation there,” she says.

She recounts an incident from a time she was to interview with some international documentary filmmakers. “I was sweeping the porch when people with big cameras entered and asked if ‘Baby Halder was around’. I invited them inside, served them tea, and went in and changed my outfit. They were shocked when I came out, but I told them this is my truth.”

Her children are all grown up –while one of her sons chose to live with his father, the other lives with her. Her third child, a daughter, works in Gurgaon. As for Baby, she went on to author two more books, Eshat Roopantar (in Bengali), and 'Ghare Fhehar Path' (An Autobiographical Narrative in Bengali).

She currently works at a Sonagachi NGO that works to improve the life of sex workers and helps victims of trafficking. “I feel if I can help even one person through my work, mera jeevan safal ho jayega (my life will be worthwhile). Publishers now keep calling me and ask me if I am working on anything new. My draft for fourth book is almost ready. It is truly the blessings of Ma Saraswati and my Tatus,” she says.

Baby encourages women to take a leaf out of her book, quite literally, and walk out of their dystopian lives, promising them that freedom and enlightenment await on the other side.

“The world is changing, mindsets are changing. I want to tell women in similar situations not to be dependent on anyone. Tell yourselves ‘I am important’ and walk out. More importantly, take the initiative to learn how to read and then, read. Reading is important. It opens up your mind,” she signs off.