Once a Devadasi, here’s the remarkable story of how Sitavva won a Padma Shri award 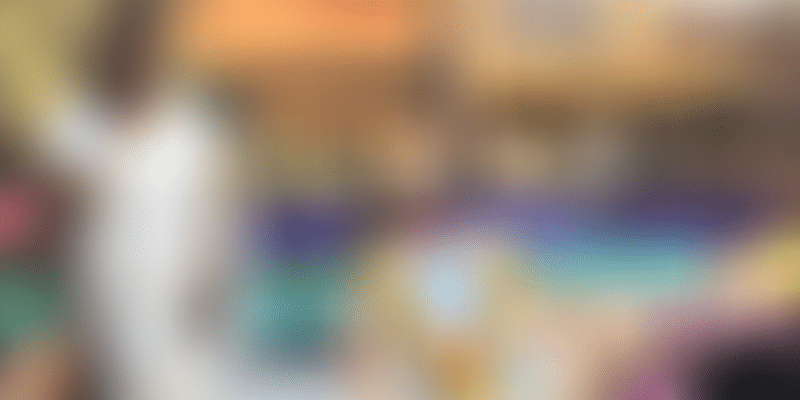 Sitavva Jodatti, who was ‘dedicated’ as a Devadasi when she was 7 years old, has helped eradicate the Devadasi system in Belgaum and changed the lives of over 4,000 women.

A woman who exemplifies this statement is Sitavva Jodatti, who was once a Devadasi and is now chief executive officer of Mahila Abhivruddhi Matthu Samraksahna Samsthé (MASS).

Sitavva became a devadasi at the age of seven due to social and economic pressures on her family. She was one among nine girls in the family. Even though her father was against the idea of her dedication, she was eventually persuaded by others due to monetary assurance.

Sitavva managed to study up to Class 7 grade before she was sold to a man twice her age. Her father’s illness and the starvation of her family led to this decision. She bore two children; the man wanted to marry her but his family was against it. Not long after, Sitavva was sent to another man, a wealthier one in Jodatti village. He was married but could not father any child. He had a daughter with Sitavva, but remarried another woman in a few years. Even though he could not give a legitimate title to Sitavva, he continues to look after the children and often visits her.

Sitavva’s sufferings and experiences gave her the courage to do something for the women who become victims. She decided to break free from tradition and do something that would not only change her life but also of other women.

She founded MASS in 1997 to empower Devadasis and provide them with support. The organisation has grown since then and has taken up various projects to help former devadasis, Dalit women, and their families.

Today, MASS has 17 permanent staff, 55 part-time volunteers, and over 3,000 members. They have successfully run multiple programmes for Devadasi empowerment as well as education of their children. Their part-time staff provides free tuition for children in various villages in Belgaum district, and also offers guidance for competitive exams. Along with this they also run legal counseling sessions where they try to solve various family disputes outside of court by charging minimal fees.

MASS has not only shaped a life of former Devadasis but also the Dalit community in Belgaum district.

Traditions are supposed to guide our society. But sometimes these traditions lead to exploitation of human rights.

The Devdasi system, which has its roots in Karnataka, especially in Belgaum district, once accorded women an elite status; ultimately, it ended up in exploitation of women.

During ancient times, Devadasis were known for their skills in various forms of arts such as dance, music, etc.; they often served kings and were considered privileged. However, after the British invasion, the Devadasi system became a way to push women towards prostitution for monetary benefits. Most girls fell victim to the system due to financial difficulties at home.

This tradition was unjust and someone had to take a step to stop it. Sitavva Jodatti took the first step, and MASS is working to only eradicate this system and help rehabilitate these women.

In 2013, MASS approached Milaap to help them raise funds for the former Devadasis and give them a chance to improve their life. Since the last six years, Milaap has successfully transformed lives of more than 4,000 devadasis.

Kasturi Basappa Harijan is one such Devadasi and single mother who borrowed money to buy goats. Kasturi worked on a farm as a daily labourer to cater to the family’s daily needs. But her daily wages were not enough to support the education of her son, which is why she decided to rear goats to earn extra income. Now she has sufficient income and is happy that her child’s education will not be interrupted.

Shobha Santappa Muragod hails from a village called Handigud. She is a mother of two children. Shobha and husband work as daily wagers. Their income was not sufficient to support the education of both their children, which is when Shobha decided to take a loan and bought a buffalo. Now they manage to earn extra income by selling milk. Shobha’s daughter is now married and her son is finishing his education.

There are many more such stories to tell. These women have managed to become independent overcoming struggles they faced as Devadasis. This transformation was made possible due to the brave steps of one woman.

Sitavva’s earnest hard work and her irrefutable dedication to the betterment of Devadasi and Dalit women is meritorious. Her strive for reformation has paid off. MASS has accomplished total removal of the Devdasi system from Belgaum district.

Sitavva was nominated for the Padma Shri award for this year. And she deserves this honorable award more than anyone else. For her courage and for changing the lives of more than 4,000 Devadasi women. Her spirit and efforts are truly exemplary.