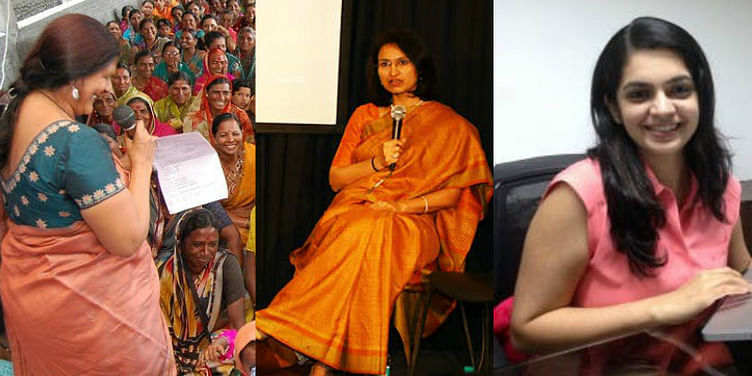 Hosted by the ASCENT Foundation, a not-for-profit venture by Marico Chairman Harsh Mariwala to create “trust groups” for entrepreneurs who are often on the lonely journey of starting and scaling up – the gala invited various prominent opinion leaders of the entrepreneurial ecosystem with noticeably diverse experiences to impart their learnings amassed over very illustrious careers. From among the most stirring talks that dotted the evening, we have curated the five most profound pieces of advice that came to the fore:

Leave some room for serendipity

Neha Motwani, founder and CEO at Fitternity, knew exactly what her next five years were to look like – becoming the CEO of the company she was working at, at the time. The thought of starting a business had not even crossed her mind. But, when she got married and moved houses, a gap in the market presented itself as an opportunity, and she was not afraid to seize it. “It was serendipity. I wanted to continue my fitness journey but realised it was difficult to do so if I didn’t want to go to a gym or hire a trainer. I figured, why is there no Burrp or Zomato for fitness – why couldn’t there be a marketplace for fitness? This gap existed, but with the amount of startups and innovations springing up in the market, I realised, it was now or never, and seized the opportunity,” she says.

Distance yourself from your idea, and look at it objectively

It’s not unheard of, that an entrepreneur or innovator got so obsessed with their idea that they often hold on to it obstinately, lose objectivity, and refuse to see the red flags. “When I was contemplating turning this eureka moment into a business – I asked myself, is this an earth-shattering problem? While I might be delusional in terms of the worth of this idea and my capabilities, I can’t be delusional about the market. So I met 700 people on my six-month sabbatical – LinkedIn, to Facebook messaging to events to focus groups, and ensured that there was an actual pressing need for this service before I took my plunge,” says Neha.

Chetna Gala Sinha, Founder and Chair of Mann Deshi Mahila Sahakari Bank and Mann Deshi Foundation, recalled the time she was sensing the pulse of the market she wanted to cater to – largely, rural women who were yet to be taken under the garb of the organised financial system. Her typical target customer, the rural woman, informed her that she did not mind the high-interest rates she would pay to the money lender, because what she was getting out of them in return was money whenever she wanted, the option of repaying it whenever she wanted, rather than scheduling it according to an institution’s administrative processes, the option of borrowing some more money whenever she liked. For them, conventional banking in its current form would act as a hindrance, rather than a solution.

“Have the flexibility in your product so you can accommodate the needs of the women – when you design the processes, it is so important how you are designing them to suit the needs of your customers. That was such a learning to me and my team – doorstep banking, lending and repayment, in a way that it seamlessly fits into the format they were already used to. You need experts who are going to listen to them and who will then provide solutions, instead of trying to fit the women into your own existing framework,” said Chetna.

Anjali Bansal, Former global Partner and MD with TPG Private Equity and a strategy consultant with McKinsey & Company in New York and Mumbai, in her talk on how entrepreneurs can "Step-up and scale-up," stated that if one has the ambition to be the Marico or Unilever of tomorrow, they need to realise that ad hoc processes will not work after a certain point in your growth trajectory.

“Successful corporations do not get built by accident. You have to create processes that work, and processes that scale. When Ameera (Shah) went through the journey of ten million to one billion customers, there must have been a time when she said, “old processes don’t work – I have to reinvent to scale.’ It’s not rocket science – I’m not even talking big data yet. Simply your finance processes, accounting processes, your internal audits. You need to keep your books meticulously. F&A, data, MIS, to support your decision making,” she said.

Hire someone for the “boring stuff”

Anjali added that as an aspiring entrepreneur, one tends to have a rather glamourous image of the tasks at hand – growing, scaling, expanding, etc. Juxtaposed with that, building systems and processes is the drab part of the motions that may not be an entrepreneur’s area of expertise or interest.

“This is the boring stuff - as an entrepreneur, the thrill is in scaling and expanding and raking in revenues – but that’s all right. Here is the suggestion, get someone to help you with the boring stuff. If not a full-time CFO, a part-time CFO. Get someone to do your systems and processes well,” she says.

"Although we are seeing a spike in the number of women leaders, we still need many more women entrepreneurs at the helm of their businesses, and in this endeavour, ASCENT Foundation is committed to play a pivotal role. I hope to see a lot more women entrepreneurs take lead and shine as business leaders," said Harsh Mariwala, Founder, ASCENT Foundation and Chairman, Marico Ltd, in conclusion.

Meet the husband-wife duo who sold their flat to build their dream business, Samosa Singh

Marie Curie – How one woman changed the course of science