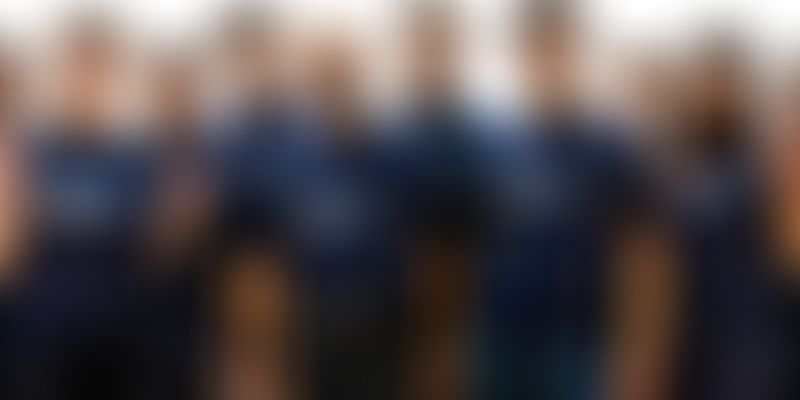 Much has been spoken about the concept of decentralisation and its prospective usage across different sectors, but the involvement of Blockchain in governance is more of an international interest at the moment, and caters much to the Indian scenario.

"Within a year of working in this space, I realised that just like Governments, Blockchain networks are of the people, by the people and for the people, and they shall not perish from the earth. Rest will capsize," says Ish Goel, the brains behind GovBlocks.

GovBlocks is the baby Ish and his team delivered after three years of relentless efforts. The platform is an open and permission-less protocol which gives a layer of multi-factorial governance for blockchain networks. They have embedded the best of on-chain and off-chain models that exist today. What stands out here is the sliding-scale mechanism that allows configuring a governance model that works best for any specific blockchain community.

"We live in an increasingly digital world, built around networks that are primarily centralised like Facebook, Google, Visa. In the current model, vision, profit and power of a network are controlled by one company."

If at all the model doesn’t work in the long run, the community can get together to change and deploy a new model, all through the GovBlocks protocol, owing to the open-source processing.

What exactly are we talking about, here?

Cutting all the jargon involved with Blockchain technology, if we boil down to its main purpose, the objective is to create networks that can truly solve world’s biggest problems — and it is believed that it will only be achieved if there are no formal institutions controlling the mechanisms of change, but just the people.

Dubai recently announced that by 2020, it intends to power its government and governance entirely by Blockchain. What does it mean? All transactions, applications and payments will be employed into digital ledgers and enable access to data without any middle media, thereby setting up a truly paperless governance.

Governance through Blockchain and decentralisation is what Dubai aims to do, leading to a holistic digital revolution.

Formed in 2006, Somish is a technology and product development company with expertise in building automation systems using cutting edge technologies. After having worked on several government projects, Ish Goel, the Founder; Nikita Goel, the Co-founder; Kartic Rakhra, the community lead, sat together on the protocol under Somish's roof.

During three years of efforts on the protocol, they identified that communities now have the ability to implement technology-driven governance models and produced GovBlocks to fill the necessary gaps.

"More precisely, revenue in GovBlocks will be determined by the network effort that the protocol creates. We get aligned incentives (revenue) if the network is successful."

With GovBlocks, the team is trying to solve three critical issues that they faced in each of their Blockchain implementations over the past three years: adaptability, self-sustainability, and decentralised management.

GovBlocks is amongst the first protocols to tokenise governance, and reportedly has the potential to become the ideal for every decentralised network. They have a product ready for the market and have built a positioned team that has an experience of over three years in delivering Blockchain projects globally.

Tokens in Blockchain are nothing but incentives which are used to promote the technology and cryptocurrencies among the users who are sceptical and have possible hesitations towards trying the currency.

A significant validation for the team was when they tried solving the problem of financial inclusion for Papua New Guinea, by proposing an Ethereum-based decentralised application (Dapp) that could run without smart phones, without internet, and without banks.

In terms of customer base, GovBlocks is a protocol that can be used for decentralised governance of any underlying industry customer.

The team has been travelling across the globe to participate in plenty of conferences focussed on Blockchain technology. After winning the London Blockchain Week Hackathon in January 2017, they showcased their solutions at Berlin, Amsterdam, Washington, New York and Papua New Guinea, amongst other cities.

Totally self-funded and with a strong resolve to make its mark in the Blockchain world, this 15-member team is moving rapidly and confidently with its produce.

Talking about bringing the product to the public, Ish said,

"We plan to do a token sale in the next couple of months. Our aim is to try and ensure that the tokens can be put to use within the network on the Day 1 of launch."