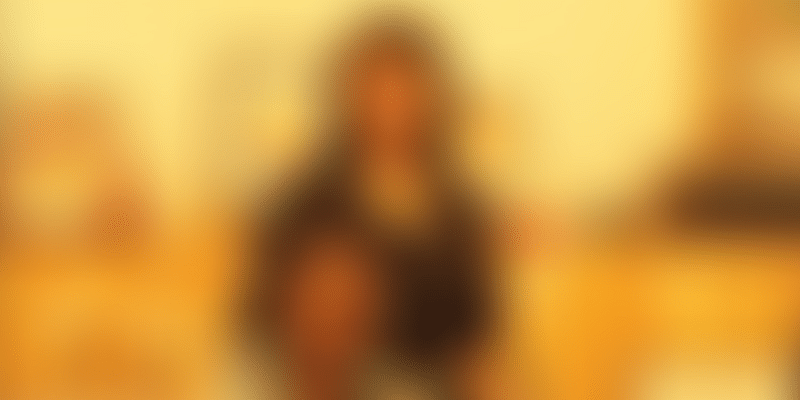 Maati Centre is not only a space for non-profits to sell their handicrafts, it also enables artists to share their insights and craft through various initiatives and events.

Husband-wife duo Rishi Raj Sarmah and Pabitra Lama Sarmah run the social enterprise Maati Centre in Guwahati. The space is a platform for artists and non-profits to share their stories along with selling their handicrafts. Rishi answers a few questions about their entrepreneurial journey.

YourStory: How did the idea for the Maati Centre come about?

Rishi Raj Sarmah: We started the journey almost nine years back, both my wife and I were quite interested in travelling to villages across India, we started visiting various NGOs and small groups which are engaged in developing a sustainable income though handmade products.

It was a dream to do something with these stories and many of our friends and neighbours were curious to know from where we have collected these colourful products which we generally sourced for our own use. So we started to stock three to four pieces of these unique products and slowly people started buying from us for their personal use or mostly gifting.

And in the year 2009, we started operating from a small store on G.S Road, Guwahati which was just a 50 sqft area.

We wanted to create a platform which would support alternative art and culture from the region. We conducted a small survey in 2014, meeting a few independent artists and entrepreneurs. This led to the birth of Maati Centre in February 2017. Maati Center was planned as a social enterprise which not only sells handicrafts, it was also a platform or a medium to tell stories. We have tied up with 70 organisations which comprises of NGOs as well as young artists, designers and entrepreneurs across India.

RRS: We strongly believe the cities are the best places to create a movement which can be based on stories that strongly inspire young minds. We invite artists from across India and showcase what these people are doing in their respective fields. Through this, we create a personal interactive approach for the young generation to learn more about art and culture. These activities are mostly self-funded by Maati, through crowd funding.

YS: How has the growth been so far?

RRS: We started a project last year to connect with rural communities and this is expected to go live soon. We have started a art movement in Majuli, where we have adopted two villages. We are building a art village in Chitadharchuck, which will attract tourists. We also plan to build eco-toilets and libraries in the area. The other initiative we are supporting is a students’ hostel which charges a nominal amount from students who find it difficult to attend school during the flood season. Also in the pipeline is Maati films that will enable independent filmmakers to make movies and documentaries on the art and culture in the region.

For more information about the Maati center, visit their Facebook page here.