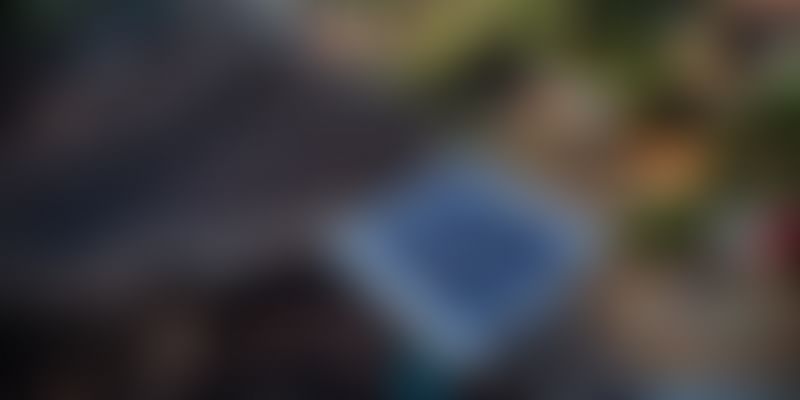 For India’s renewable energy dreams to be achieved, it must engage more meaningfully with the country’s potential to translate its geographical position to its advantage.

In the last few years, sunshine has been favourably falling upon the Indian solar power industry. Buoyed by a conducive environment policy and the falling costs of going solar, solar power has become more accessible than ever before, especially in the large solar plant space.

Solar power solutions providers across the country are racing with each other to install greater solar power capacity, and 12.87 GW of it has been added in just the last three and a half years. Indian solar installations grew by 123 percent to reach a record 9.6 GW in 2017, more than double the 4.3 GW installed in 2016.

One can argue that if not for a perceived slowdown post the implementation of GST, the industry would have done more. Renewable energy sources now account for 32.2 percent of the total installed capacity in the country, with the installed capacity growing in 2017 for the first time, faster than fossil and conventional sources. This is a promising initial first step towards the ambitious target of 100 GW solar power capacity in 2022 set by the Prime Minister.

However, there continue to be some dark clouds on the horizon in spite of such sunny figures. A combination of economic and policy factors has slowed down the growth in the sector, particularly in the last few months.

For India’s renewable energy dreams to be achieved, it must engage more meaningfully with the country’s potential to translate its geographical position to its advantage. It must also develop a positive, retail lead ecosystem and ease the process that helps speed up adoption – especially in rooftop solar, which is the most price-sensitive and most crucial sub-sector to achieve the critical mass required to replace fossil-fuel based power generation, making solar the household name.

Lying between 8 and 37.6 degrees north latitude, most of India’s landmass falls squarely in the tropical region giving it peak solar radiation, particularly in the summer months. A relatively predictable climate for the country accords it 300 days of peak sunlight every year, making ‘India [have] among the best conditions in the world to capture and use solar energy’, according to the World Bank.

The National Institute of Solar Energy’s study indicated that the country has the potential to generate 748.98 GW of solar power. The government’s proactive support was an important factor in spurring the sector to undergo a growth spurt of sorts in the last three years, increasing installed solar power capacity by 370 percent according to Minister of State for Renewable Energy, Piyush Goyal.

Even though a solar power generation promotion programme has existed since 2010 in the form of the Jawaharlal Nehru National Solar Mission, it found new meaning in the last few years. The government introduced strong subsidies and incentives for solar power projects. Equally important was a well-timed drop in the cost of solar panels and other components for creating solar power, which saw the tariff reduce from about Rs 7.8/kWh to Rs 2.44/kWh.

In contrast, average retail electricity prices have increased by 22 percent during the same period. This helped make the average cost of renewable projects, even lowering the per unit levelised cost of electricity from solar power to lower than electricity tariffs available from the grid.

Coupled with strong fiscal incentives provided at the utility scale, these lowered costs have helped India reach a figure close to 20GW of installed solar power. However, adoption in the rooftop segment has been relatively tepid for a variety of reasons – a resurgence in solar panel prices, GST-related confusion, lack of regulatory clarity, limited access to credit, and lack of awareness amongst the public. For any movement to become revolutionary, it must involve mass adoption by community and therefore it is a must for rooftop solar as a segment to grow for solar to be a truly public solution to our needs for power.

Challenges for rooftop solar in India

Legacy systems and bureaucratic red tape have hobbled the process of receiving approvals for solar power projects. Authorities like the CEIG to Government and DISCOMs are often slow to respond to the concerns and requests of the industry and to deliver the requisite approvals. A lot of time is therefore spent just chasing the right office. This must, in part, be due to skewed incentives – the more urban residents take to rooftop solar power plants, the less revenue the DISCOMS will make. For now, there is no incentive to the DISCOM, to allow this transition.

With the cost of going solar drastically coming down, it may not be a bad idea to shift the incentivisation capital from end consumer to DISCOM to cover their interests.

Additionally, a 1 MW cap on net-metering being implemented by State nodal agencies (like UPNEDA and HAREDA for UP and Haryana respectively) is curtailing growth in the high-demand RESCO revenue model for Independent Power Producers. Further, renewable energy developers face 5-28 percent GST on input equipment, but with no GST on power sales, they can’t avail any offset.

This means they either have to bear the expenses out-of-pocket or transfer them to the customer, raising their costs and reducing their value proposition considerably.

However, what’s really holding back residential solar is the lack of familiarity with the process and the fear of red tape. People are still largely unaware of the financial incentives and attractive return on investment that taking up rooftop solar power solutions can achieve. When Greenpeace conducted a survey, nearly 55 percent of respondents indicated an interest in using the technology. However, the report also cited that many people perceive it to be an enterprise that requires large upfront capital investment, leaving this source of energy accessible only to the rich. Their misconceptions extend to fears of their roofs not being usable or adding to the warmth of their homes.

Today, solar is still seen as a way to contribute to the environment rather than a sweet investment that can actually deliver returns in the range of 20-25 percent, something no other financial investment can.

The future of rooftop solar power in India

Bridging the information asymmetry will be a key factor in whether or not the sector reaches its 2022 targets and begins the process of effectively replacing fossil fuels in Indian society and industry.

The private sector is attempting to bridge these gaps through tools that scientifically estimate the gains of switching to solar power for users, and provide multiple financing options to reduce the initial capital outlay. The regulatory framework also needs a swift overhaul to incentivise DISCOMs to act promptly, clear up GST confusion and streamline subsidy delivery to customers and credit delivery to private solar power developers.