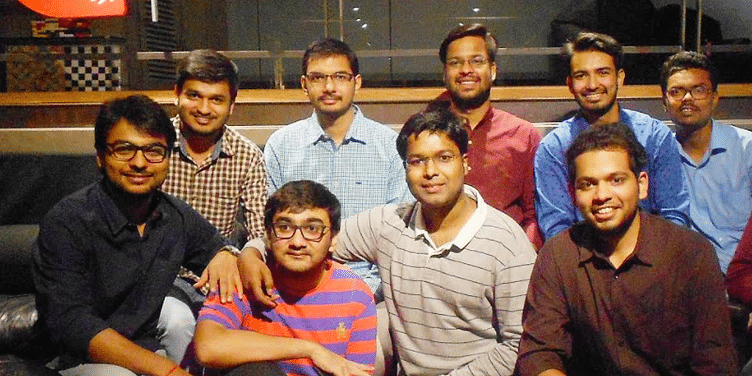 Despite being common, water is scarce. Increasingly so.

Tens of hundreds of villages and towns in India run out of water annually partly due to harsh weather conditions, and also because of poor water management. In some cases, water sources are exposed to a variety of hazards that can damage or contaminate them, and render them useless, according to the World Health Organisation.

There is very little process and organisation in water management across rural and urban India, and Mumbai-based Internet of Things (IoT) startup Faclon Labs is out to correct that.

Its work focuses on ensuring efficient use of water in urban locations, where the natural resource is becoming increasingly scarce. What began as a college project in Maharashtra went on to become an IoT-enabled device solution deployed across 100-plus locations in Uttar Pradesh, Bihar, Gujarat, Delhi, Bengaluru, and Mumbai.

Faclon Labs was featured in NASSCOM 10,000 Startups’ TechMarch 2016 edition that aimed to foster innovation in hardware startups. It also made it to the first cohort of startups at Mumbai-based incubator thinQbate, which typically invests Rs 15 lakh (about $22,000) in exchange of a 5-12 percent equity stake in the ventures it backs. Presently, the Faclon team works out of thinQbate’s premises.

The origin and concept

Faclon Founders Rishi, Archit and Utkarsh were tasked with developing a water-mapping solution as part of their “CTARA project” in 2015. CTARA is the Centre for Technology Alternatives for Rural Areas — an IIT-B initiative. The project took them to Parbhani, a rural district in central Maharashtra, where they had to “build a water distribution schedule”.

The observations made in the process were revealing.

“There was no proper infrastructure for water distribution. It was a chaotic setup where all decisions were based on gut. Demand and supply were mapped manually, and done once in decades. There were areas that did not get water for weeks together. Other areas got water once a week, that too for a few hours only. There were several inefficiencies.”

The three students visited pumping stations in the town and came up with a product prototype that drew up a water distribution schedule, mapped pumps and valves to specific areas, and helped predict when water was required in a place. It was a four-month project, and a successful one too.

That prototype is now the core product offering of Faclon Labs.

Rishi says, “It was a prototype for college work. But turning it into a scalable product has been a long journey. We had to understand it on a holistic level to make sure it had a business opportunity. We had to engage a few stakeholders like municipalities and government bodies to test our PoCs and understand if it was working or not.”

Faclon Labs’ end-to-end solution consists of sensors, transmitters and actuators that track water data, from its level to pressure and flow rate, and upload that data to the cloud. Next comes data processing, where tonnes of data points collected daily are processed and analysed to detect consumption patterns and offer insights into water usage across areas.

This processed data can be utilised in tracking daily/weekly consumption, matching demand with supply, detecting leakages in prior, and so on. The data insights are accessible remotely via Faclon’s web and mobile applications. The IoT solution can also live-monitor water levels in tanks and reservoirs, and develop early warning systems to avert emergencies and crises.

“Ours is not a B2C product that one size fits all. Every municipality requires a different flow of information and control. A targeted, customised product offering had to be created. Various modules have now been set up to suit the different needs of different locations.”

One of the biggest hurdles for an early-stage startup is to “go-to market”. It was no different for Faclon Labs that despite having a compelling product had a “bridge to cross”. “Ours was a relatively new concept. But, people wanted something that was 100 percent tested and reliable. The mindset to accept change didn’t exist. That was tough,” says Rishi. “Costing was a big problem. Water doesn’t offer great ROI,” he adds.

Experienced investors aligned Faclon’s targets and let them know of what the market demanded. The startup counts thinQbate, LetsVenture, Bennett Coleman & Co., and Neev Angel Advisors, among its investors. In January, it raised an undisclosed amount in seed funding to carry out product and business development. “We get valuable and recurring feedback from our investors,” Rishi says.

Installation was a pain point too. If it took longer than 15 minutes, authorities would be turned off. “Hence, we had to make sure we had an agile product,” Rishi says.

The other challenge was closer home, where the founders had to go “from engineers to entrepreneurs”. Faclon reveals thinQbate played a huge role in that.

“We were too focused on product. We did not have even 1 percent of the knowledge required to build a business. They [thinQbate] helped us channelise our energies in that direction, and shift focus from R&D to business development.”

YourStory has reached out to thinQbate founder Pranav Marwah for comment.

In an earlier conversation on the rise of enterprise startups (Faclon Labs being one) in Mumbai, he had said, “In the last 24 months or so, we’ve seen real innovations coming up, especially in hardware and technology. More product-driven businesses have emerged. There is a lot more focus on building system efficiencies.”

Faclon plans to expand geographically, that is, install its sensors and devices in more pumps, and work with more municipalities and local governments. It is also looking at deploying its products across residential complexes and educational institutions, which Rishi calls “a big market”.

Water management as a concept is gaining in focus in the wake of the Indian government’s “smart city” initiatives. While Faclon underscores that smart water systems are only about “10-20 percent” of a smart city (that ought to have several other infrastructure too), it is quite an important cog in the wheel, and cannot be undermined.

“Where current implemented solutions haven't been able to substantially assist us in solving the city’s water problem, this solution and technology seems to be opening new gates for us.”

Though Faclon is tight-lipped about future government projects, a few could be in the pipeline. Things are just getting started.