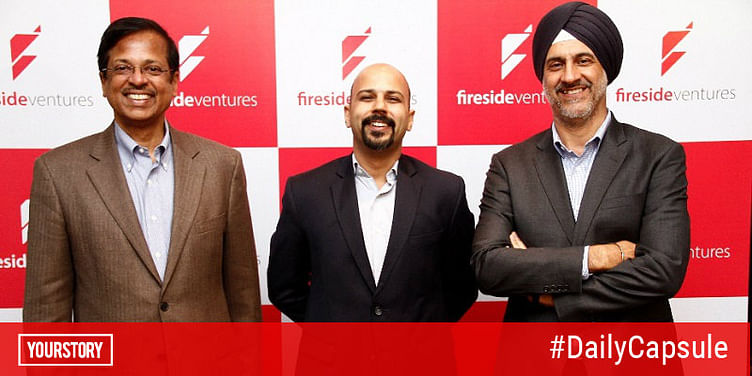 Rajasthan-based health tech startup Karma Healthcare raised around $500,000 in equity funding from early-stage investment firm 1Crowd. Existing investors Ankur Capital, Ennovent Capital and Beyond Capital, and angel investor Anil Chatta, among others, participated in the round.

Amazon India will rejig its seller fee structure effective from April 19 to make the platform an attractive marketplace for both sellers and buyers. Now, third-party sellers have to shell out more for categories like shoes and apparels to keep their merchandise in Amazon’s fulfilment centres for a long time.

Cab aggregator Ola has partnered with the Indian Railway Catering and Tourism Corporation allowing commuters to book an Ola cab from the IRCTC website and app. Customers can choose to pre-book cabs up to seven days in advance, or upon reaching the railway station.

ZineOne announced it had raised $2.5 million in a Series A round led by Omidyar Network, the Silicon Valley-based impact investing firm established by Pierre Omidyar, the Founder of eBay. This brings ZineOne’s total venture capital received to date to $5 million.