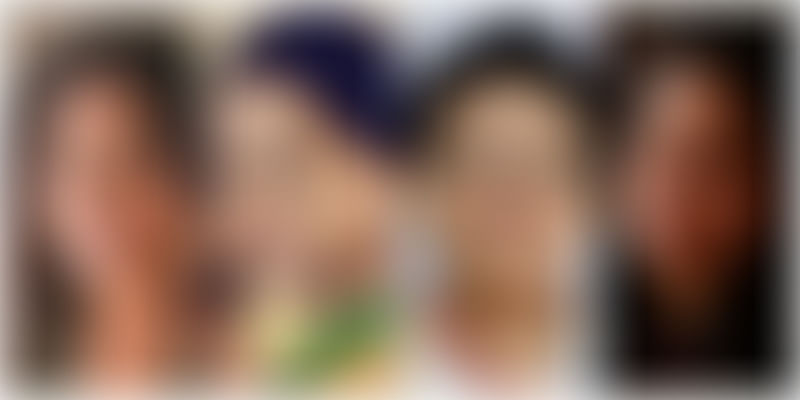 Formed after a leading South Indian actress was molested in a moving car near Kochi, the WCC aims to better workplace conditions for women in the Malayalam film industry.

Until not so long ago, male artistes played female roles in Indian cinema. When Dadasaheb Phalke made Raja Harishchandra, India’s first full-length feature film, in 1913, even the leading lady’s role was played by a male actor. However, with its resounding success, Phalke was encouraged to introduce India’s first actress, Durgabai Kamat, in his second film Mohini Bhasmasur released later that year.

Even as the participation of women in various professional fields, including cinema, grows, gender disparity remains. It’s there in Hollywood; it’s there in India as well. A 2016 research study, Investigation on the Impact of Gender Representation in Indian Films, funded by the Oak Foundation, suggests that the gender ratio in India’s film industry stands at 6.2 males to every female and that only one in 10 film directors (9.1 percent) are women. Clearly, it’s a man’s world – even on celluloid.

It is much the same in the Malayalam film industry, too, and men continue to call the shots every step of the way. Gender issues related to the safety of women, wage parity, exploitation, etc. in the Malayalam film industry had long been largely ignored or brushed under the carpet. It took the horrific violation of an actress’ dignity for women in the Malayalam industry to open their eyes to the reality around them and band together to form a collective to talk about existing and persistent problems, encourage discussion, and strive to find solutions.

Although born out of the chaos surrounding the molestation, the formation of the Women in Cinema Collective (WCC) is an attempt to bring some order to problems plaguing women in the industry.

Not long after the incident, a group of 15 prominent women from the Malayalam film industry met Kerala Chief Minister Pinarayi Vijayan in May 2017. The WCC was registered as a society towards the end of 2017, and the group has been urging an inquiry into gender issues and the problems faced by women in the industry.

Following the submission of the memorandum, the Kerala Government appointed a commission headed by former high court judge K Hema, probably the first of its kind in the world. “Our primary focus is to push for the speedy completion of the commission’s study,” says a member of the WCC.

The WCC today has 18 members, including Deedi Damodaran, Beena Paul, Vidhu Vincent, Manju Warrier, Anjali Menon, and Rima Kallingal. “What triggered [the formation of WCC] was the police complaint filed by the actress. The victim is always made to feel guilty. The victim had said ‘I have not done anything wrong’,” says Deedi Damodaran, screenwriter and a founding member of WCC.

Film critic Vijay George says, “Forming an organisation like the WCC is long overdue, though it’s quite unfortunate that a horrible incident led to the collective. The world over, women came out with the #MeToo campaign against sexual harassment. So, it’s significant that Malayalam cinema became home to such an initiative.”

A leading actress of South Indian films was molested and photographed by four men in a moving car near Kochi as she was on her way back after dubbing for an upcoming Malayalam film. Acting on her complaint, the police arrested the four men and her driver, who was an accomplice.

Kerala watched in horror as details surrounding the attack unfolded. Malayalam star Dileep was arrested after the first accused Sunil named him as the one who hired him to commit and record the crime. Sunil claimed that he was offered Rs 1.5 crore and roles in films. The police chargesheet says the motive of the crime was Dileep’s intention to wreak revenge on the actress for informing his then-wife, Manju Warrier, of his alleged affair with another actress. Soon Warrier, also an actress, sought divorce, ending their 14-year marriage. Warrier, who had quit acting after her marriage, resumed her acting career after the divorce.

Dileep, who wields an influential presence in the Malayalam film industry, is a man of many roles — producer, owner of an eatery chain and a multiplex. He was in jail for 85 days before being released after four bail applications on October 3, 2017.

The actress had filed a police complaint immediately after the attack. The Malayalam film industry woke up to the fact that no cell or panel exists where victims can have their grievances redressed or their causes taken up. The fallout of this incident was huge. Initial media reports carried her name, but she stood by her complaint even after her identity was revealed. In another incident, an upcoming actress had to file a police complaint against her film director for using a body double without her knowledge. The lack of a redressal cell has forced the industry women to seek police help.

“The film industry pays a huge tax, but there’s no grievance cell. The actress was returning from work,” Deedi points out. As the actress was travelling from her workplace, technically, this attack falls under harassment at the workplace.

The Malayalam industry has been hailed for its strong screenplays across the world; however, it is not very woman-friendly. Not only are there very few women-centric stories, popular films are rampant with sexist jokes and misogynistic dialogues. Post-2000, such films have become regular fare, with more and more hero-centric films being released.

But Vijay disagrees. “Malayalam cinema has always given importance to women characters and technicians. Women were at par with men.”

WCC adopts an open-membership scheme. Its members, however, insist that the organisation is not focusing on membership for now. The industry has many organisations for actors and technicians, including AMMA, MACTA, and FEFKA. All WCC members are also members of one or more of these.

As is the order of the social media generation, the survivor wasn’t spared the victim shaming. The accused actor, Dileep, known for his misogynistic and patriarchal roles went all out to shame the survivor in the media.

WCC members claim that patriarchal privileges are being challenged now more than ever, and this has led to resistance. “There is resonance because a chord has been struck,” Deedi says.

Despite the resistance, the realisation has slowly dawned that women and women’s issues cannot be taken for granted. “There are positive and parallel changes,” Deedi claims. She hints at how a leading heroine, Parvathy, called out the misogyny endorsed by superstar Mammooty in his movies. When the abuses and trolls became too much to withstand, Parvathy, too, was forced to file a police complaint. She was nicknamed “feminichi,” that alludes to a cuss word in Malayalam. Deedi, however, says “feminichi” shows that women are speaking up

Another young actress, Rima Kallingal, faced abuse within and outside the film industry when she highlighted the disparity in pay.

Amid rumours of rifts within the WCC, the members counter it all without losing their focus. As Deedi sums up, “Whenever any value system is challenged, there will be hostility.”

Although this move has met with its fair share of trolling, criticism and slander, what is important is that it has started a dialogue on issues that were for long unheard and unheeded. Even today, when WCC posts anything on its website, abuses follow. But that has not deterred members from discussing and debating issues that concern women in the industry. The WCC knows that the dialogue must continue for any change to occur.