What we can learn from legendary design evangelists 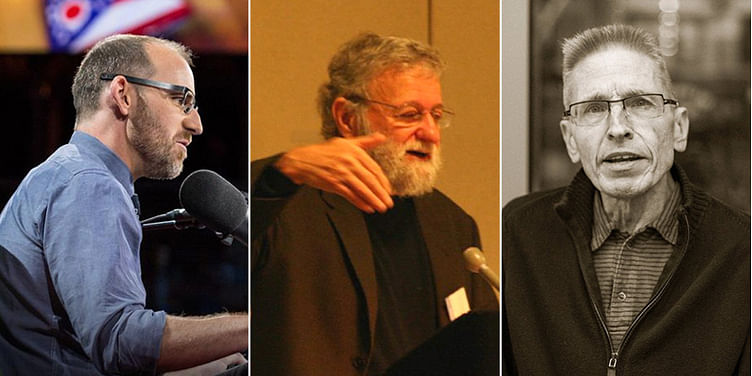 These influencers use different mediums from authoring books, blogging and tweeting, to crafting podcasts and running surveys that no designer or design leader in the industry would bother to do.

Designers like Jonathan Ive (iPhone) and architects like Le Corbusier (Chandigarh) have redesigned the way we communicate and live. Business leaders like Thomas J. Watson (IBM) and Steve Jobs (Apple) have used design to make profits.

The third category of people neither designed nor lead organisations by design. They prolifically spread what design can do and the impact it leaves in our everyday lives. They call themselves design evangelists, and they tirelessly curate and share with the world how design is shaping humanity and our planet.

These influencers use different mediums from authoring books, blogging and tweeting, to crafting podcasts and running surveys that no designer or design leader in the industry would bother to do. Why? They love the design for design’s sake. Let us look at three of those kinds of design legends.

Roman Mars is the master creator of the design podcast series 99 percent Invisible, an independent radio production that runs on funding primarily from its listeners. FastCompany named Roman Mars as one of the 100 most creative people in 2013. I was introduced to Roman Mars through his insightful TED talk on how country flags can be designed better based on a bunch of design principles. His podcasts are really engaging, in-depth, well-researched and have a liberal dash of pleasantly sounding music, all curated and crafted in his own little studio from Oakland, California. If you are waking up to listening to 99 percent Invisible, it’s unlikely you will pick a fight on something trivial with someone, because Roman Mars is adept at turning any triviality into a massive design exercise.

Listen to his podcasts on your iPhone or any phone for that matter. If you are not the listening type, subscribe to the 99 percent Invisible newsletter to read the stories.You will start seeing the world differently.

Don has written several books on design, but his most famous book is Design of Everyday Things. It grabbed my attention to learn about design from dysfunctional teapots to the confusing door handles I encounter every single day.

If you are a geek, you will enjoy his first writing on design (1981), publicly criticising the commands of a text-based operating system called UNIX for poor user experience. Let’s not forget that it was a time when even the first personal computer wasn’t making the rounds in the market - nor was web or mobile or HTML5. From then on, Don has written and taught prolifically over decades, delving deep into the psychology of the things we make.

Grab one of his books from Amazon and slip into your couch on a weekend - and you will never regret another weekend that just went wasted. If you are the type who got bitten by the design bug, read his decades of usability views (insightful and even funny!), in his archives. If you don’t have much time, at least you can listen to his 12 minute TED talk on how design can make you happy.

I got introduced to Phil very late, after he passed away in 2015, when I read his parables on design (available on Amazon) at the Cooper Hewitt Design Museum in New York. Phil (1952-2015) wrote on design for the ‘New York Times,’ helping New York City emerge into a design capital from the 1970s onwards.

Phil’s legendary coverage of the design of the coffee-cup lids still is one of the all-time classics in design criticism and my favorite piece. Phil found excitement in digging into insignificant things like the coffee-cup lids we take for granted when we visit Starbucks and turned it into a design lesson. Students flocked to his ‘dCrit’ sessions at the School of Visual Arts in Manhattan. I wish I did too.

New York Times has archived his works, and it includes a heavy dose of design crits on all kinds of automobiles. My favorite however remains to be his take on design of the jeep.

Roman, Phil and Don were curious observers and prolific writers making mind-blowing observations about the design of thingsthat the rest of us tend to miss. You will see a scoop of wisdom, a dash of insight, topped by a full dollop of wit, making their works a big treat for our design palette.

What I observed while researching for this blogpost is that all three of them have three common skills that made them legendary. One, they curated and recorded on design for several years and in most cases, every single day. It’s not a book or a bunch of books they published. They produced volumes of work.

Second, they reported design through current affairs, in a direct and engaging way with the things and events they experienced themselves. Their works are not academic texts or far-fetched history lessons we cannot relate to.

Thirdly they aren’t trained designers from a design school! They are masters of the medium they chose to spread design – books, radio or the newspaper. Their outsider perspective has helped create a sense of awareness of design amongst the public, which a designer deep in the trenches wouldn’t have been able to do.

There is one more thing that stood out to me. All three are American design writers and all are men. I am curious to know whom you follow and if that legend is a non-American woman!