LiveRight helps you find the traditional path to recovery through Ayurveda 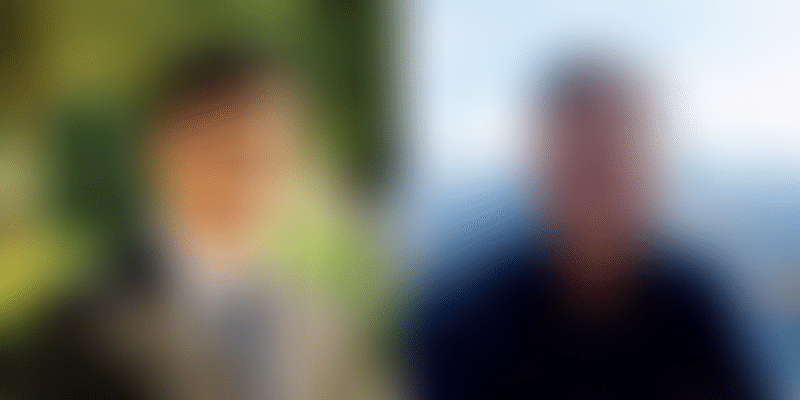 Chennai-based LiveRight is a platform for Ayurvedic content, consultation, and ecommerce.

Where it is based: Chennai

Hari Narayanan firmly believes in the benefits of Ayurveda. Almost a decade ago, when he suffered a serious medical setback, it was Ayurveda that came to his rescue. Hari was afflicted with Bell’s Palsy, after a bout of Herpes, which left the right side of his face paralysed.

He recalls, “There was severe pain, no movement in the right eye, loss of hearing in the right ear, and restricted lip movements.”

He went to a reputed neurologist in Chennai who did an EMG that revealed severe nerve damage. Unwilling to go for the treatment suggested by the doctor, he chose to entrust himself in the hands of a Vaidya. In just three weeks, Hari was cured.

Feeling fortunate to have been treated by a competent Ayurveda Physician, he figured an opportunity to help people with chronic ailments lead a healthy life through Ayurveda.

In 2017, he founded LiveRight with Dr Nihal Ellikathodika, whom he met at IIM-Ahmedabad during the placement process.

As a platform for Ayurvedic and pharma services, LiveRight allows one to read about Ayurvedic therapies and treatment processes, consult expert doctors, and buy medicines. Initially started as an Ayurvedic pharma company, LiveRight later expanded its offerings. Its pharma unit provides medicines for the management of chronic ailments such as Parkinson’s disease, Migraine, Arthritis, Diabetes. These medicines are branded as NRight Nutrition.

Nihal says, “The nutrition (in medicines) started its course by identifying best formulations in Ayurveda. With a bouquet of natural, safe and effective medicines, we started NRight.”

LiveRight has a team of 10 people and a network of Ayurvedic doctors in Chennai and Mumbai.

Hari has a bachelor’s degree in chemical engineering and a master’s degree in polymer engineering. Before starting LiveRight, he ran a family business named Ram-Nath & Co Pvt Ltd. Nihal is an IIM-A alumnus and an Ayurvedic doctor who is highly motivated to create an impact in the healthcare sector through Ayurveda.

The gaps in the Ayurvedic industry

Talking about the initial challenges, Nihal explains, “The traditional route to ethical pharma marketing is to detail products to doctors through medical representatives, who will then prescribe our medicines to patients. But our business was not scaling up as expected, even though we had the right mix of products, doctors support, and a need in the market.”

Speaking of the gaps in the Ayurvedic industry, Nihal lists the following:

> Awareness – People are largely aware of Ayurveda but they often lack the motivation to go to it for a medical consultation.

> Accessibility - Finding out a good Ayurvedic doctor in one’s locality is a challenge as the number of doctors are less and there are usually no references from friends or family.

> Credibility - Ayurveda instills confidence in the safety of its medicines, but finding the right doctor is difficult.

> Availability of medicines - Ayurvedic medicines are available only at selected outlets; many a time, the patient has to travel back to the same doctor for the second dose of their medication.

The ecommerce platform www.LiveRight.in was launched in 2017 to solve these problems.

It charges the users only for the medicines and the consultation is for free. “As there is no specialisation in Ayurveda, the profiles of doctors are listed together and one can choose accordingly,” says Hari.

The company is in a nascent stage, and the founders do not wish to disclose the revenue figures. Nihal says, “We are progressing in the right direction with all the fundamentals in place. However, we cannot disclose further details at this point.”

The government along with AYUSH ministry has opened a number of AYUSH institutes and AYUSH yoga institutes in various parts of the country. This has positively influenced the market for Ayurvedic medicines. Some of the major players in the market include Dabur, Himalaya Drug Company, Patanjali, Baidyanath, and others.

According to a recently released TechSci Research report, India’s Ayurvedic products market is projected to register a compound annual growth rate (CAGR) of 16 percent during the period 2016-2021. Increasing awareness of the benefits of Ayurvedic products, government initiatives to encourage usage, rising purchasing power to drive demand for Ayurvedic products in India will aid this growth.

Talking about his startup’s differentiator, Nihal says, “The movement towards living a natural lifestyle and maintaining vibrant health is driving the need for Ayurvedic remedies. When people search the internet for Ayurvedic doctors, the top results are usually for detox treatments or Ayurveda spa. While these places are great to take a break and unwind, they are of little help if you want to recover from an illness.”

He continues, “Ayurveda is a complete science which looks into curative and preventive aspects. LiveRight taps into the opportunity of connecting patients looking for Ayurveda treatment with competent doctors through an easy and convenient interface.”

LiveRight is funded by Hari’s company Ram-Nath & Co Pvt Ltd. Ram-Nath has a legacy of 75 years of business and its portfolio consists of chemicals, polymers, health and nutrition, and feed additives.

For the future, the startup plans to scale up in a measured manner and expand from Chennai to other parts of India.