Looking for your Betterhalf? This AI-powered startup does it for you without the hassle of multiple dates 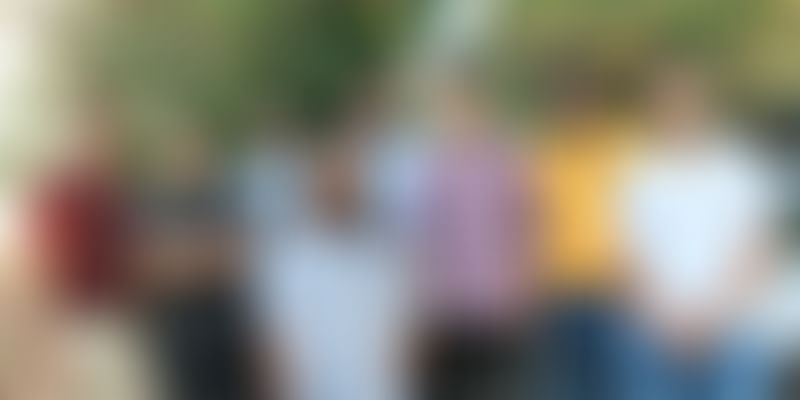 Betterhalf.AI uses predictive analysis to help professionals find a match through compatibility scores based on relationship dimensions and their interactions on the product.

In a world of swiping right and swiping left, compatibility seems to have been reduced to a few words and pictures. There is little done to find out what true compatibility can be between people and partners. The dance of meeting strangers and trying to understand them is a long and tedious process.

Betterhalf.AI’s mission is to build the world’s largest partner prediction engine. The team believes that anyone going through a serious partner search journey is guided by their friends and families based on the past data of couples (likely in their communities) to navigate their uncertain journey. The information is mostly biased, unstructured, and limited.

Betterhalf.AI uses machine learning and artificial intelligence to let professionals find each other through true compatibility scores based on relationship dimensions and their interactions on the product. As the users offer feedback through private ratings, their matches become more compatible over time.

Friends since their college days at MIT, both Rahul and Pawan also worked in San Francisco. As roommates, they were both searching for partners on different matrimonial and dating sites.

“For us, I don’t think there was one single Eureka moment. It was rather a discovery that happened for a year observing their partner journeys. Everyone around us complained and at some point, we were not okay with this,” Pawan says.

Being engineers, the duo started thinking on why matchmaking remained a problem for so many years. They realised that while the industry talks about matchmaking through one model or the other on matching people — which is the last step of partner search journey — they don’t talk about the entire search process, which is way more volatile, uncertain and frustrating and anxiety driven.

Pawan and Rahul felt that they could build a process company that brings delight and certainty to users during their partner search. “We think this is doable through lots of relationship data of couples. This is what defines our DNA and we intend to keep taking steps in that direction,” Pawan says.

Betterhalf provides a combination of a targeted subset of matches with a quick turnaround time to find compatible partners. The platform provides verified matches with professionals working at companies like Google, Facebook, Amazon, LinkedIn, Adobe, and Accenture to name a few.

“Private ratings and feedback by users, in addition to our authentication programme, help filter out non-serious and creepy daters off the platform,” Pawan says. The user completes the registration and fills information on different dimensions; after that, they can view their profile with a focus on verification and the six-relationship dimensions.

After this, the user sees matches with overall compatibility percentages and detailed matches. The user can send a connect request to matches and can chat with the person once requests are accepted.

The user pays as per different subscription plans. The three-month subscription is priced at Rs 5,999, six months is at Rs 9,999, and the yearly subscription cost is Rs 15,999. The team is looking at a 10 percent conversion from freemium to paid users.

“Since Betterhalf is a premium product focused on professionals, we expect a higher 1.5 to 2 times of CLTV of traditional sites by offering advanced features and personalised services to professionals over time,” Pawan says. The team claims to focus on organic growth and is targeting their cost of customer acquisition to be less than five percent.

The task, however, wasn’t simple. Betterhalf.AI had to shut down twice due to funding issues. The first approach the team took was collecting married couple’s data via marriage agencies. This failed due to data reliability and operational issues.

“The second time when we pivoted and got our product live, we couldn't find a good fit with investors as the interested ones wanted to sell the company early and couldn't relate to our long-term vision. With runway almost drying up, the entire team took this as a challenge and ended up reaching out to over 8,000 investors located in the US,” Pawan says.

While most of these follow the pattern of a matchmaking algorithm, Betterhalf says they use AI to bring predictability.

“We intend to give a structure to this information and build a giant database of millions of married couples with their reliable relationship data. The partner prediction capability — the world’s largest invention of its kind — based on advanced usage of machine learning/artificial intelligence will take the anxiety away from 500 million people. This will change the future of the partner search journey forever,” Pawan concludes.