We need ICT specialists and India has a lot to offer, says Estonia's Entrepreneurship & IT Minister 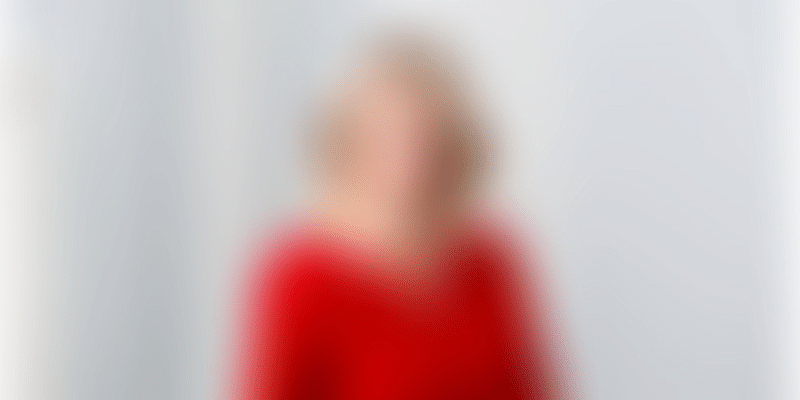 Estonia is keen to tap into India’s rich talent pool in technology and startups. It is offering options where Indian entrepreneurs can set up businesses on an 18-month startup visa, and extend it to access clients in the EU market.

The Republic of Estonia, which leads the European Union when it comes to creating entrepreneurship-friendly environments, is encouraging Indian startup owners to set up businesses there, and run them remotely from India.

This is a part of Estonia’s e-residency programme that was launched in 2014, and has found over 30,000 takers in 154 countries so far. More than 1,200 Indians are e-residents of Estonia already, and this includes prominent ministers and industrialists too.

Estonia now wants to tap into India’s startup universe. Besides the e-residency (which gives business owners instant access to a host of services from banking to governance), there are initiatives like the Startup Visa, the ‘Work in Estonia’ programme, collaborations with local governments, and more.

YourStory caught up with Estonian Entrepreneurship & IT Minister Urve Palo, on the sidelines of a seminar held by the Republic of Estonia in Mumbai.

YourStory: What are the initiatives you are undertaking for entrepreneurs from outside Estonia? How can the startup visa benefit?

Urve Palo: The startup visa is available to everybody who is coming from other countries. It is beneficial to those people who would like to come to Estonia to use our ecosystem, especially e-governance services. It is possible to come there and work for 18 months, and then to look for the next step. There could be a next step if the company is already established. If it already has the potential, it is easier to continue in Estonia. The startup visa is extendable and the entrepreneur can ask for a temporary residence permit then. He/she can get it by showing that a company has already been established in Estonia.

YS: In the 18 months that they are there, what are the kind of benefits/services they can have access to?

UP: In Estonia, we have many ecosystems where startups live together. They can find a place there and work along with other entrepreneurs, not just from Estonia but from all over the world. This is beneficial for all sides in terms of networking. Also, there are several possibilities for them get finances for their ideas. Later on, if they are a successful firm, they can travel back home and lead the company from there using the Estonia e-residency. Or they can stay back in Estonia by applying for a new visa, which is much easier to get if they have had the 18-month startup visa.

YS: How has India responded to the startup visa programme? How many applicants have you got so far?

UP: There have been 250 applications from India already. We’d like to explain Estonia’s migration policy though. We are overall very strict. Just five percent of the population can be made of people from other countries who enter Estonia for work. It is more than 1,000 per year now. But the people who are coming to work in the ICT (Information and Communication Technology) sector or those who come with a startup visa are the not included in this. So, there is no limit at all for the applicants.

We’ve also launched something called the ‘Work in Estonia’ programme. There has been rapid growth in sectors like ICT and we need good specialists. We are lacking ICT people in Estonia, and we would like to get them from outside. So far, we have ICT talent coming in from Turkey, Ukraine, Russia. But we see that India could be a possible country because it has a lot of ICT talent. These people could come to Estonia to work immediately or to study first.

YS: Have you had conversations with the Indian government? How are they warming up to this whole thing?

UP: Yes, we have had many meetings with the Indian government. In Delhi, we met the Minister of State for External Affairs (MJ Akbar), Communications & IT Minister (Ravi Shankar Prasad), and also the Minister of Commerce & Industry (Suresh Prabhu). Ravi Shankar Prasad is already an e-resident of Estonia. In Chennai, we have held meetings with the chief minister, the ICT minister and the trade and industry minister.

In Chennai, for instance, the CM is very interested in signing an MoU between the local government and Estonia’s IT academy, which will provide knowledge on e-governance so that services can be paperless, more invisible and available.

YS: Apart from the ICT talent, what does Estonia get out of such programmes and collaborations?

UP: If people are coming from India, they work together with our startups, and there are more heads and more innovative ideas. We want to see these (Indian) startups growing bigger and staying in Estonia. They can try to develop the Estonian country also. On the other side, those who are owners, they can build a business in the European Union because Estonia is a part of the EU. We see this as a win-win programme for both sides.

Plus, when people are coming through the ‘Work in Estonia’ programme or with a startup visa, even if they don’t succeed, they can find another possibility to stay and work or study in Estonia. We are looking for specialists in various sectors. ICT itself is spread horizontally. You could be a coder or be into machinery. You can go and work in some old industry even where they are changing their hardware and machinery. There are various opportunities.