Signature Startup: Meet the Wall Street banker who chose to follow his passion for food 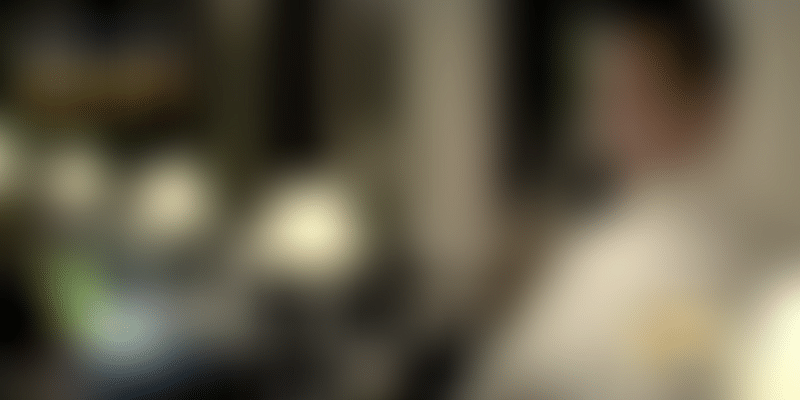 Like every Indian father with a business, Nikhil’s too wanted him to take over the family business. So, in preparation for his future role, young Nikhil majored in Economics and Finance at the University of Rochester in New York before going on to become an investment banker at Wall Street.

However today, the stocks Nikhil is dealing with have more to do with soups and entrées than the Dow Jones index. For, he is doing what he loves the most - being a chef and restaurateur. Signature Startup, an online platform launched by Diageo to inspire talented individuals to convert their passion to a paycheck, celebrates his passion for food and cooking in a new TVC that they launched recently.

Stating his thoughts on the initiative, Amarpreet Singh, Executive Vice President & Portfolio Head, Marketing, Diageo India, said “Today we have a generation that is very keen on following their passion and turning it into a successful career but they just need that one extra push or encouragement and the right platform. As a brand, Signature Startup is trying to achieve what no other platform has done before. The brand wants to empower and inspire the millennials to follow their passion and make their mark in their chosen areas of interest or professions through these inspiring stories. Nikhil’s is one such real story and we hope it will strongly resonate with everyone who wants to make a mark.”

The Signature Startup series houses various stories of real life individuals who, driven by their dreams, passion and commitment, have made their mark in different fields. The platform also extends through the Signature Masterclass, a platform where achievers from different walks of life share their passion to paycheck journey, to inspire people like you and me to follow our dreams.

Nikhil Chib, Signature Startup’s latest inspirational model, made his dreams come true in 2001, when he started Busaba, his take on southeast Asian cuisine, in Mumbai. His passion for food and cooking stems from his love for travel. He has been travelling around the world ever since his childhood excursions with his mother. He discovered his cooking skills while studying in college abroad, where he avoided the bland, Western offerings, experimenting with food on his own. Once he discovered he was passionate about it, he worked in a few restaurants in New York as he wanted to be privy to what was hot in the culinary world.

He has come a long way since, and has experienced and explored food from across the world. He has been to Vietnam, South Korea, Thailand, and other places considered a foodie’s haven, to bring back more recipes and dishes. Nikhil also went on to host a television show titled The Chef and his Better Half on NDTV Good Times, where he, along with wife Natasha, cooked Asian selections ranging from Vietnamese to Thai to Japanese.

Today, he has expanded Busaba across Mumbai and has started a takeaway chain, BusaGo, which serves bowl-sized portions of Busaba’s greatest hits, all packed in convenient takeaway bowls. With BusaGo, he has clearly hit pay dirt and has been on an expansion spree. After setting up outlets in Bandra, Bandra Kurla Complex, Oshiwara, Powai, Mulund and Thane, Nikhil is on location scouting in south Bombay where he wants to launch more outlets in the next two years.

Ask him about what he wants to do, and he says he wants nothing more than exploring food, and prepping, cooking and serving it to see that sated smile on customer’s faces. But the journey has been tough and entails hard work. “It always looks rosier on the other side. I’m all for following dreams as long as you have a safety net if things don’t work out,” he says.