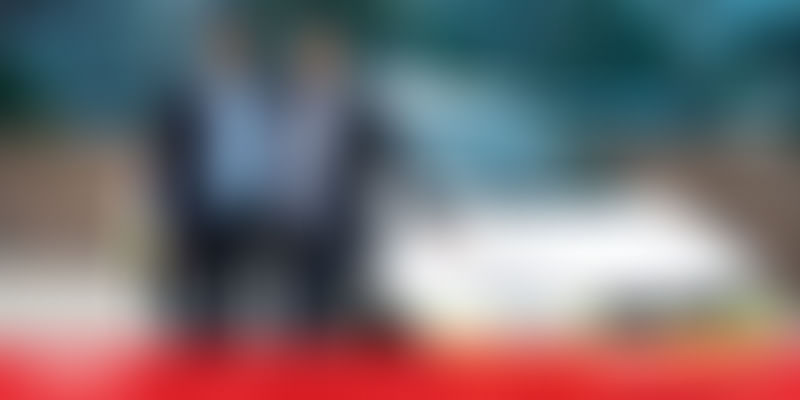 For the financial year 2017, here’s how the fiscal turned out for Ola. We list down the cab aggregator’s key achievements and milestones, and set sights on its future in the next fiscal.

In the eight years since Ola (ANI Technologies) began operations, the Bengaluru-based unicorn has seen several ups and downs.

As of last year, Ola was fighting a tough battle. However, from the beginning of this year, the Bengaluru-based cab aggregator seemed to be giving Uber a run for their money. In FY2017-18, Ola raised a significant $2 billion led by Tencent Holdings. And while the cab aggregator seems to have an on-again and off-again battle with its drivers and regulators, it has made a significant dent in the market.

Though the company’s revenues saw an increase last year, its losses also saw a significant increase. The primary cause for the losses was the fact that the company was pumping in capital significantly to retain its position and fight a price battle with Uber.

However, the financial year 2017-18 was promising for Ola. The company touched the 110-city mark, has had over two million rides per day, and has on-boarded over a million driver partners on its platform.

One of the key shifts seen this year was Ola focusing significantly on its product. This year, apart from launching a lite version of its app, the company also launched what many believe to be a game changer - Ola Play - an in-car automated entertainment system. Apart from this, the cab aggregator also launched its first multi-modal electric vehicle fleet in Nagpur and entered the bike-sharing space with Ola Pedal.

However, it isn’t just Ola that has made significant shifts and changes; its competition Uber has been making significant noise in India as well. This year, apart from re-entering the auto category, it has also launched Ride Pass, which gives rides at lesser rates, Uber Hire, and several other verticals. Uber is also making its push in the US market towards heli-taxis and driverless cars.

However, Ola hasn't been behind as well. This year, it aggressively pushed into Australia. After launching in Perth last month, Ola is aiming to break the Sydney market. The unicorn cab aggregator began operations in Sydney earlier this month, and has hired a local team to build partnerships and support local driver-partners.

A growing consumer base

“India is growing, and the consumer is changing as well. The sharing economy, already entrenched in the consumer's mind, will only grow. This is especially true in fast-growing emerging markets like India, China, and Southeast Asia. That said, it’s not a one-size-fits-all approach, and each region will have its own set of winners.”

A RedSeer report attests to this shift. The report states that while the cab industry has grown by 40-45 percent year-on-year, over 2017, both Ola and Uber have been able to improve the consumer net promoter score (NPS) – which measures customer satisfaction - significantly.

The report said this could be attributed to better-trained drivers, improved app experience, and enhanced offerings from cab aggregators. While the NPS in September 2016 was at 19 percent, a year later, it stood at 29 percent.

“The coming year also promises to be power-packed for us. We have doubled our focus on sustainable commuting solutions such as Ola Share, electric vehicles, as well as our widely popular Ola Auto-rickshaws. Customer and driver-partner safety, and technological advancements/innovations in the auto tech space too, will continue to be important areas of focus,” an Ola spokesperson said.

It is also interesting to note is that online car-pooling grew 22 percent in July-September, as compared with the same quarter in 2016. RedSeer stated this growth was primarily driven by the heavy discounts offered. The main reason for this push is that car-pooling helps improve driver ride efficiency - there are more rides per trip - and helps to reduce the need for more drivers on platforms.

A drop in supply

The drivers initially would make close to Rs 1 lakh a month. The incentives were based on doing close to 10 rides a day within a certain time frame. Now the number of rides that need to be done in a day have gone up to 15. The resulting supply crunch turned out to be a major blow for the industry, highlighting the growth-versus-profitability conundrum that the online cab industry faces today.

Speaking on how the industry will pan out in the near future, an Ola spokesperson said the company is taking constructive steps to make transportation safe, reliable, affordable, and a consistent experience.

“Notably, the focus on sustainable means of commute that ensure we live in better and healthier societies continues to remain vital, and we are pleasantly surprised with the response we're receiving from our customers. Industry players, including automakers, are heavily investing in technology to build smart, environment-friendly, and safe transportation solutions.”

With Uber also driving a push in India and Ola still retaining significant market share, it will be interesting to see how the new fiscal year pans out.