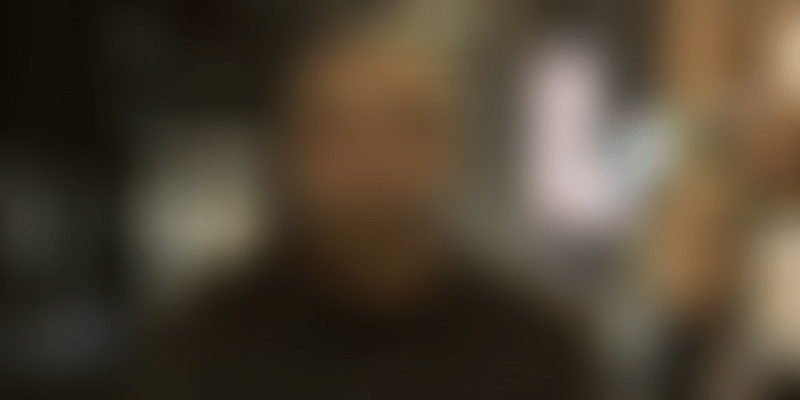 Move over, bartenders. The party will be taken care of by IoT-driven Barsys, a smart dispenser with a large database of cocktail recipes that serves up consistent drinks with the right ingredients.

College innovations generally bring to mind the likes of a Mark Zuckerberg building Facebook. It is rare that college innovations give birth to a smart “robotic” cocktail dispenser. That is what Akshet Tewari ended up building and creating - Barsys.

An engineering college student, Akshet was in the final year. After a night of partying hard, he had to head to the lab where he had his final year project. While working a conveyor belt and moving boxes around the belt, he thought how great it would be if someone could mix and pour a cocktail of his choice and move it to him.

The idea took root when Akshet, during one of his experiments in mechatronics, got the idea of having a glass move on one axis while alcohol was poured into it at different stations. What started out as a small idea soon germinated when he spoke to a friend who owned a bar, and he realised that it could work. He started building the product in the basement of his parents’ home in Delhi’s Vasant Vihar.

Automated lifestyle products have always enthralled Akshet. Akshet believes that that the idea of Barsys came with his understanding that automated products have immense potential and are the key for this generation and many more to come.

Mixing in a dash of technology

“At Barsys, we’re making the most of innovation, technology and design, to build products that help transform your drinking experience. We aim to deliver quality products and hence create smarter lifestyles for our customers around the world. We are committed to inspire the global community of cocktail enthusiasts through constant pursuit of groundbreaking innovations and value creation,” Akshet says.

Barsys works on robotics, electronics, and IoT. The device has a large database of cocktail recipes, and drinks are mixed with ingredients poured and blended perfectly. The product has a system with a moving tray that shifts across different nozzles that fill up glasses with the drinks.

The product is connected to a tablet or mobile app, which comes pre-loaded with over 2,000 cocktail recipes. There are several other permutation and combinations one can choose to use. It also allows you to save individual drinks and customise the choice of drinks. Once all the details are added, your drink is served up at the click of a button.

However, the first challenge Akshet faced was from his father.

“Not only did I have to convince him about the concept, but I also had to get his buy in on allowing me to step away from the traditional and more secure path of getting an internship with a global consulting major and subsequently going for an MBA,” Akshet says.

He eventually agreed to seed the venture and also got in his 30 years of experience to optimise Barsys’ supply chain.

“After two years of creating and fine-tuning prototypes, I landed in New York with absolutely no connects in the private equity world. After countless cold calls and squatting in reception areas of potential investors, I was finally able to bring on board investors who not only brought in the required capital, but, more importantly, rich experience to guide us to where we are,” Akshet says.

But building the minimum viable product (MVP) wasn’t easy. The team of 15, who were mostly from Manipal Institute of Technology, worked in the basement trying to build the product.

Akshet explains that apart from building the product, getting the timing right - that is pouring a drink within 45 seconds - required several runs and reruns.

Smarter than your bartender

Barsys generates revenue by selling its machines. The team has showcased Barsys at various expos and events globally, and has received an encouraging response. The team is beginning to deliver Barsys pan-India. The product is priced at Rs 1 lakh, excluding taxes. The shipping cost is Rs 2,000.

There are a few companies in the western markets that offer similar products like Bartesian and Somabar. These are sold within the US and are priced at roughly around $400. Both these companies follow a coffee maker model, and are generally sold at cocktail pods where the machine needs to be plugged into. Barsys doesn’t need that and works with the liquor you have in the bar cabinet. On an average, six drinks are needed to make a cocktail.

Barsys ensures there is no spillage and wastage, and also tracks data of what the customers like and drink. It helps bars track the order numbers, shots dispensed, and ingredients used.

“We are planning to enter the US market around mid-2018 and are in talks with interested parties in Europe, Singapore, South Korea, and in a few other Asian countries. We already have technology (patents filed) for at least another three generations of products. Barsys is a smart IoT product, and we also see huge potential in leveraging on data analytics in the B2B space moving forward,” Akshet concludes.