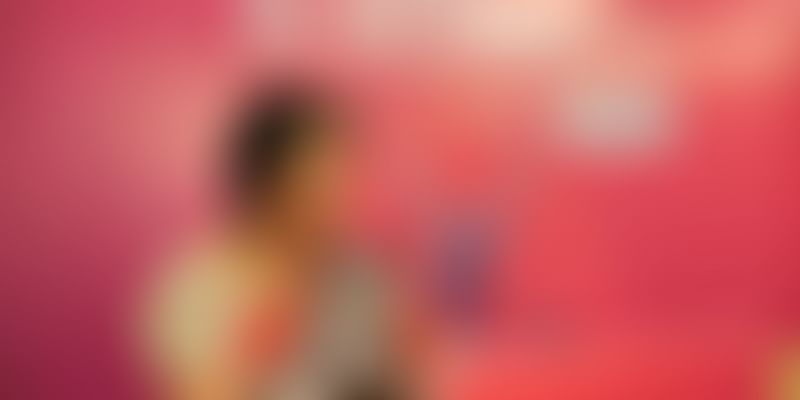 What happens when a group of women entrepreneurs come together to celebrate their achievements and efforts? Sparks fly, of course. Which is exactly what happened at the inaugural edition of YourStory’s very own SheSparks Awards 2018, powered by PregaNews.

The sheer camaraderie, free-flowing conversation, visible encouragement and frank voicing of opinions made it a cracker of an evening – one that we hope attendees will remember for a long time to come. There was excitement in the air as entrepreneurs, businesswomen, and changemakers gathered together for the awards to be announced. The bonhomie began even before the event got off to a formal start. Since most of the women had arrived well before time, they used the opportunity to go on stage and introduce themselves and their businesses, with each introduction eliciting huge rounds of applause. The spirit of networking continued throughout the event with a panel that focused on why networking was important for women in business. They talked about the effective methods they had come up with to make sure people they met remembered them. Handing out business cards is now passé. Building relationships is what really counts.

According to the recently released Mastercard Index of Women Entrepreneurs (MIWE) 2018, India ranked a lowly 52nd out of 57 countries when it came to women entrepreneurs’ ability to capitalise on opportunities offered by their local environments. While India is the third largest ecosystem for startups in the world, there is a dearth of women entrepreneurs in the country. However, there are women who are on a mission to transform the entrepreneurial landscape with the aim of taking part in a new and changing India.

At SheSparks, women from fields as diverse as fashion and lifestyle, fintech and financial inclusion, skilling and training, food and beverages, among others were felicitated for their contributions to their fields of choice.  The event also saw women leaders take to the stage, share their stories, discuss new trends in entrepreneurship, and the audience took in every word, clearly inspired.

Annie Mathew, Sr. Director, Evangelism, Commercial Software Engineering, Microsoft, delivered the keynote address. She shared her journey and how she balanced life and work in a career spanning 25 years, and about how she took a break to pursue her MBA from ISB, Hyderabad, after becoming a mother of two daughters.

“There will be self-doubt, the only way to get over it is to raise your hand and take it up. You'll have brilliant ideas but unless you get people to share your vision it will just remain an idea. Think about influence, persuasion and how can you create wind beneath your wings,” she said.

SheSparks wouldn’t be what it is without some debate. And our panelists provided the audience with plenty of food for thought. The audience, in turn, did the same. On one point our panelists were united: Aditi Balbir, Founder & CEO of VResorts, Simran Khara, CEO of Juggernaut Books, and Pratyush Prabhakar, Ministry of Commerce, said that the societal conditioning that forces women to not naturally come forward and talk about their dreams, ambitions and achievements needed to change and hoped that this would begin happening soon. The audience chimed in with their own methods of how to get over this even if you’re an introvert and how to make people you meet remember you long afterwards.

YourStory Founder and CEO Shradha Sharma shared anecdotes and snippets from her 10-year-long journey as an entrepreneur, and what keeps her going.

“For me, the biggest journey has been to love myself. I decided I am never going to be the victim of my story, I want to be the heroine of my story,” she said, asking women to never stop believing in their dreams.

And then it was time for our awards. SheSparks was a celebration – of women and women power, a salute to their indomitable spirit as agents of change. The awards salute women creating a niche across 12 categories, and here they are, in alphabetical order. We had one category, Miscellaneous, where we evaluated the best entries from categories otherwise not covered. The best entries here were then awarded in their respective categories – Agritech and Technology Services/Platform. Special Commendations were given out where we had more than one amazing entry in the category, which we believed deserved recognition.

The awards were given away by Annie Mathew, Shradha Sharma and Suma Ramachandran of YourStory, and Sangeeta Sharma, Senior Manager, Marketing & Product at Lufthansa German Airlines.

A big shout-out to our sponsors for the evening, PregaNews, without whom the event would not have been possible. And special thanks to our partners: BBlunt, Craftsvilla and Wow Skin Science.