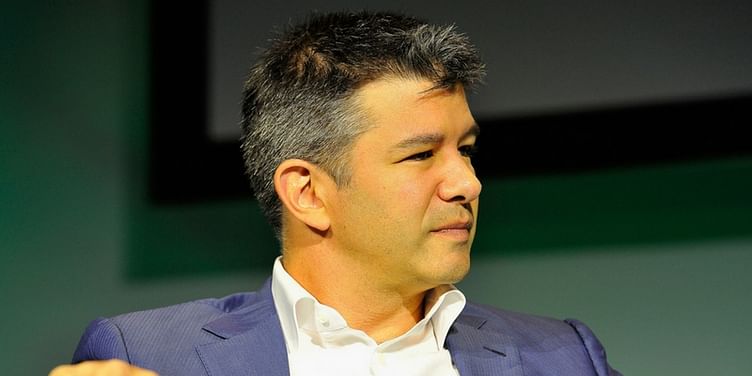 Former Uber CEO Travis Kalanick is back in the driver’s seat again. This time, he’s taking over as the CEO of City Storage Systems (CSS), a holding company and startup that repurposes “distressed” real estate properties like old parking lots or abandoned strip malls to turn them into useful properties for businesses like food delivery or online retail. Travis revealed the investment in a tweet posted yesterday, March 20, where he said that his new fund 10100 (“ten-one-hundred”) is investing $150 million into the startup. The investment will give Travis the majority controlling stake in the fledgeling company, and he expects “the team at 10100...to be highly involved in the operations of CSS.”

Travis announced the setup of 10100 earlier this month, saying that the job-creation-focused investment fund would work in emerging markets like India and China, overseeing for-profit as well as non-profit ventures. The CSS investment is the first one to come from the 10100 stable. The full statement from Travis about the investment is below:

Earlier this month, I launched 10100, a fund that is home to my passions, investments, ideas, and big bets, with a particular focus on real estate. I’m excited to announce our first big bet in that area today: 10100 has entered into an agreement to acquire a controlling interest in CSS, City Storage Systems, a holding company focused on the redevelopment of distressed real estate assets particularly in the areas of parking, retail and industrial. There are over $10 trillion in these real estate assets that will need to be repurposed for the digital era in the coming years.

The $150M investment in CSS is driven by the massive opportunity to reposition unproductive assets to fuel job creation. Of particular interest are CSS’s leading B2B initiatives, CloudKitchens and CloudRetail, focused on real estate acquisition and development for the food and retail services industries. Upon closing, the team at 10100 expects to be highly involved in the operations of CSS, where I will serve as its chief executive officer.

For anyone who wants to get to work at our 15-person startup, email me: [email protected].

According to Recode, CSS was originally called CloudKitchens and was led by Diego Berdakin, an entrepreneur and early-stage Uber investor from Los Angeles. It is unclear what Diego’s role will be once Travis takes over. Recode also reports that CloudKitchen is a partner of Uber Eats, the food delivery arm of Travis’s former company, ridesharing behemoth Uber. In fact, Uber CEO Dara Khosrowshahi tweeted his congratulations to Travis on his new role and investment, calling CloudKitchen a “super-interesting partner of Uber Eats today”.

Uber’s stock performance (where Travis is still a shareholder) and the January 2018 deal with SoftBank have left Travis with plenty of money to burn, and 10100 is believed to be a result of this wealth accumulation. It is unknown how much money Travis has put into 10100, but the CSS investment is a clear sign that the former Uber boss is raring to put his troubled past at the ridesharing company behind him and make a new beginning.