How Wooplr changed strategy to break even and look international 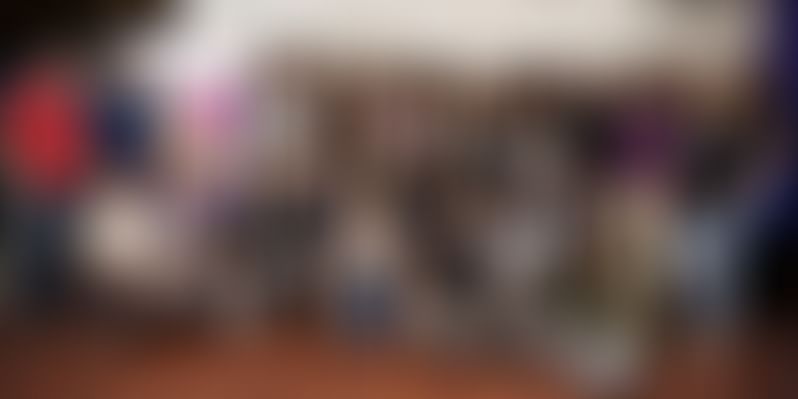 Wooplr today empowers more than 2 lakh influencers to earn money by enabling them to start their online stores.

Bengaluru-based startup Wooplr began as an Instagram or Pinterest for women’s fashion. That was in late 2012/early 2013. By creating a location-based online portal for products from physical shops, Wooplr aimed to exemplify the research-online-and-buy-offline model in India. Soon, it evolved to curate products from multiple online sites, personalised recommendations according to the consumer’s usage, and directed the buyer to the site from which the product has been sourced to complete the purchase.

Five years later, though, Wooplr has evolved into what its Co-founder and CEO Arjun Zacharia calls an “Influencer commerce platform.” And it seems to be working for the six-year-old company: it recently broke even operationally, and now aims to go international this year, as an influencer-driven platform. Arjun says that they will be profitable before the end of this year.

Wooplr today empowers more than 2,00,000 influencers to earn money by enabling them to start their online stores. Built on the core principles of social engagement and a lean marketplace, this business model ensures profitability on every single transaction for the platform.

Since its beginning as a hyper-local social discovery platform, Wooplr has believed and invested in the power of community. “Our secret sauce has always been to drive high-quality shopping experiences powered by community​ and word of mouth,” says Arjun.

After its Series A round in February 2015, Wooplr decided to focus on women's fast fashion, one of the fastest growing categories at the time. With its community of women sharing more than 10,000 looks daily, Wooplr took on an end-to-end experience of discovery through influencers and of completing the transaction on Wooplr itself. Thus, it introduced commerce for matching inventory, without logistics. In short, with crowdsourcing demand through influencers, supply from online marketplaces, and fulfilment through third parties, they built a ‘lean social marketplace.’

The next step in the evolution of Wooplr was to become purely an enabler for commerce. Six months ago, Wooplr stopped selling directly on its platform.

When an influencer uploads a picture, the followers are shown where you get that outfit, or similar outfits from. If the inventory is ready, the brand itself will deliver it.

Wooplr’s advantage here is that it did not need to spend on marketing anymore. Influencers were basically marketing for them. For instance, Athira.wooplr.com is a link that can be shared across platforms like YouTube, Gmail, Instagram, Facebook, etc. If anybody buys from that profile, Wooplr will help the product be delivered to the customer. In short, influencers drove traffic, and brands and customers did the rest.

Arjun calls this evolution rather than pivoting. “For us, it was the next logical step,” he says.

The influencers focus on building their social network and personal brand, while making necessary money — whether it is paying college fees or buying the new iPhone X, or funding their next family vacation, etc.

Customer acquisition costs are not a headache anymore for Wooplr. This is influencer-commerce. Wooplr has zero marketing expenses. Focus is on building a community where influencers can sell. Wooplr gives the platform and tech needed to convince people to buy fashion. It targets one million influencers.

The influencers don’t keep any inventory of course; the supply comes from brands directly. Wooplr just brings all of them together. “Brands pay us a commission of 15-20 percent of each purchase. We pass on 60 percent of that commission to the influencer. We are making profit in every transaction,” says Arjun.

So why would brands choose to give commission to Wooplr’s influencers rather than sell directly on Myntra? This is where Wooplr is particular about the choice of brands they onboard – they don’t have Chemistry or AND or Fabindia. They have onboarded fast fashion brands like Miss Chase, Melodrama, and Dream Catcher.

Arjun claims that 93 percent of Myntra’s sales happen from just seven percent of brands. In Wooplr’s case, he says, 40 percent of sales come from 60 percent of brands. He elaborates, “Players like Myntra have limited real estate on their website; so, everybody lands on the home page or a campaign page. With us, every influencer has a different way of showcasing what fashion is to them. It increases the breadth of discovery and provides visibility; we don’t mandate discounts either.”

According to Arjun, leveraging social conversations is the most cost-effective approach for marketing products. On marketplaces, brands work on a traditional cost per sale model. But with Wooplr, Arjun claims, they get social engagement, branding and sales, at the same time.

Arjun says that the brands see Wooplr both as a media channel and sales platform. It has onboarded more than 300 brands and more than one lakh products across apparel, accessories, beauty, shoes, etc. “This allows us to cater to a wide range of demand for all influencers. For brands, our plug and play platform with no pre-investment helps to get away from the intense competition on other marketplaces,” Arjun adds.

Why this is the future

Korea, China and many Asian markets are big on influencer commerce. On Chinese marketplace Taobao, owned by e-tail giant Alibaba, influencer-led stores contributed 20 percent on sales during their famous Double 11 sale last year (11.11.2017). Influencers have deeper relationships with their audience and networks, a relationship which, Arjun says, allows for a healthy ordering behaviour, leading to lesser returns (less than 10 percent of orders), more online payments, and a higher selling price.

Anybody can be an influencer on Wooplr. They might have 100 to 1,000 or more followers on social media. Even college students without an Instagram account are present on Wooplr. It is not just a celebrity selling you fashion, any stranger can sell something to you, ‘Powered by Wooplr.’

Arjun is confident that Wooplr will beat fellow Indian portals Limeroad and Voonik this year, and will be the most favoured destination for influencers.

“We are working to expand our category and product depth with international brands from Korea, Singapore and China, who understand the power of influencer-driven commerce. The power to reach millions of shoppers in just the first few days of launch through a word of mouth channel, while keeping your brand story intact, will change the way e-commerce works. This, we believe, is the future of online commerce driven by one million influencers by 2020,” Arjun concludes.