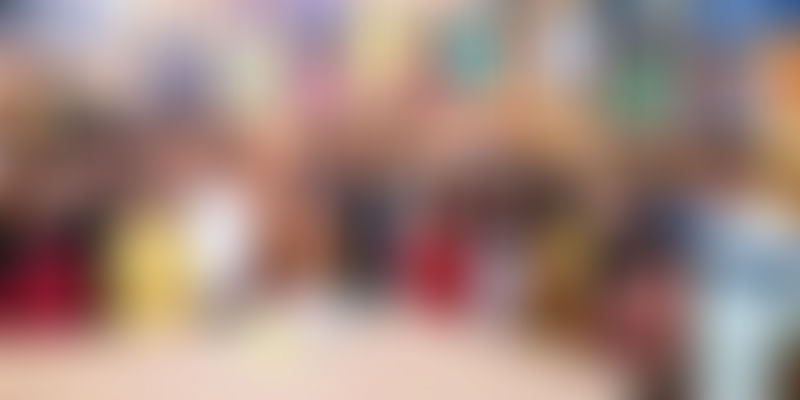 Pulpypapaya is a full-stack brand and is involved in artisans’ work from designing, to manufacturing and retailing.

Where is it based: Indore

The problem it solves: Engages with artisans to design, and retail handicrafts

Handmade and organic products will never go out of fashion, and this industry today gives employment to as many as six million artisans, according to a report by the Jodhpur Handicrafts Exporters' Association. There’s been a plethora of startups that have tapped this potential, linking rural artisans with the mainstream market.

Pulpypapaya – a handmade goods store – is one such. Forty-five-year-old Yusuf, is a block printer based in Indore. Since his association with Pulpypapaya four years ago, his income has gone from Rs 5,000 per month to Rs 20,000 per month.

Similarly, 25-year-old Parasmal hadn’t tasted success in his business. Hailing from Bhinmal in Rajasthan, he had been making ‘mojari’, a popular Indian ethnic footwear, for many years. “We struggled with revenues for a long time. Then we came to know about Pulpypapaya that was in need of bulk orders. We got in touch, and they started giving bulk orders of ‘mojaris’. Now, I earn Rs 30,000 to 40,000 per month. I have also referred other artisans from my village and they are also working with the team now,” shares Parasmal.

The startup soon became a full-stack brand, and was involved in artisans’ work from designing, manufacturing and retailing. It is now associated with more than 300 artisans from India and abroad, apart from having 30 artisan representatives who manage various artisans from their respective areas.

“We add value to authentic crafts in terms of design, quality and standardisation, ideal for contemporary tastes and needs. We develop prints that appeal to modern consumers,” shares Abhineet. Team Pulpypapaya constantly researches about places around the world that are famous for certain handicrafts. The team locates artisans through local contacts, and pays them a visit. After seeing their work, the team invites them to work with them. They do the field work once for each of the places for inducting more artisans.

He explains that for instance, print designs in owl, mayan symbols, and mustache are in trend. Pulpypapaya’s team of designers develops print designs as samples graphically on a computer. Then, these designs are sent to wooden block printers to make blocks, and the designers work with artisans to guide or help them for sampling. Thereafter, the artisans are responsible for the entire production.

“Pulpypapaya works to benefit both ends of the chain - on the one side it delivers 100 percent authentic crafts to the people, while on the other it provides fair revenues and social upliftment to artisans and craftsmen,” adds Abhineet.

Not limiting itself to Indian crafts, Pulpypapaya also has African and Japanese craftsmen on board. “Our goal is to develop a globally recognised trustworthy brand in this segment. We work relentlessly towards bringing crafts from around the world under one umbrella,” shares Tushar.

With growing awareness about sustainable lifestyles, more buyers are inclined towards handmade and organic products. A report published in the Business Standard newspaper says that following the government’s relaxation on quota limits, India’s exports of organically-made products, both food and non-food, are likely to grow threefold in four years to 2020.

FabIndia has been synonymous with handicrafts for decades, but now there are many startups in the sector. Jaypore is a marketplace for designers working in handcrafted fashion, while Goodearth is focused on the luxury segment.

“Jaypore is a marketplace model, rather than being a full stack brand. We do face competition from craft traders, but our designs and quality mark us different from them. Also, no one is working in the space of global handicrafts. Many of these are bound to only Indian crafts, and that too mostly from Rajasthan. This in long run will be one of our most crucial differentiators,” says Tushar.

Pulpypapaya founders are of the opinion that the way to go with handicrafts is not on-boarding designers on a marketplace, and providing deep discounts to consumers from investors’ money. “For disruption in this industry, we need to sit down with the artisans, solve their problems, connect them with in-house designers, and come up with quality contemporary handicrafts. In order to eliminate the risk of unauthentic craft sourcing, we never work with traders and wholesalers. We work closely with the artisans right from the sourcing of raw material. This ensures authenticity,” says Abhineet.

The startup has developed a range of products across 45 categories divided into three major heads – apparels, accessories and home decor.

Pulpypapaya gets products manufactured, and sells them through different channels like its own portal, online marketplaces, multi-brand concept stores and their own flagship brick and mortar stores. “We began with a 100 percent growth in our first year. It came down to 50 percent in the second and third years, and was back to 100 percent in the fourth year. We have around 700 plus SKUs in our portfolio as of now, with around 15000+ units sold till date. We have served over 2000 customers in the last year,” adds Tushar. Apart from Indore, the startup has a store in Delhi, while its Bengaluru store will be opened in March.

“We want to open a total five stores in coming three months,” he says.

“There’s a reason why we switched from an aggregator to a full-stack company. Earlier, we worked extensively in a few categories, which hindered our initial sales. We solved the issue by adding a variety of categories since then. Secondly, we should have focussed more aggressively on making our portal more saleable,” says Abhineet.

“There are very few product startups working on physical product segment because the latter takes time. We would have preferred entering physical retail sooner than we did. Earlier, the prototyping duration of each of our new category used to be roughly two to three months which has now considerably reduced by constantly refining our processes,” shares Tushar.

“Apart from launching five more stores, we are in the process of launching an Artisan Development Cell, which will be a body in itself for developing small artisan hubs with state-of-the-art infrastructure and facilities where artisans can work in healthy conditions with best tools. Right now, under the cell, we are working on very small solutions for artisans, like availability of good quality raw material,” says Tushar.

“Recently, Anita Hassanandani and Rohit Reddy, along with Vineet Sethi of the BigTalk.com came on board Pulpypapaya as partners. The couple holds equity in Pulpypapaya, and is involved in the working of the company,” he adds.