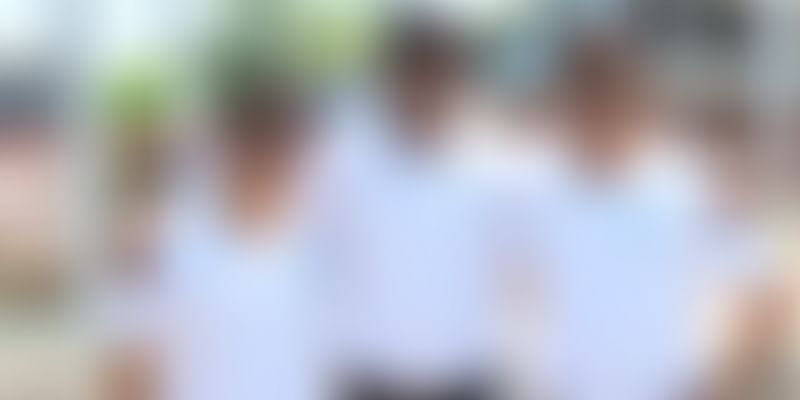 After building the ecommerce logistics business by following the contrarian approach of being first-mile focused, Wow Express is expanding to two new verticals that the founders believe are ripe for disruption.

All founders dream of finding a niche that is large, has potential for scale, and is complex enough to ensure competitors enter the fray too easily. What has this got to do with the three-year-old Mumbai-based logistics startup Wow Express and nurses? Everything.

But before we tell you why Wow Express hired nurses, let’s give you the backstory.

In January 2015, when Wow Express was launched, the ecommerce industry was doubling in size and logistics was still pretty much broken. On the flip side, many startups were already present in the logistics space (Delhivery was founded in 2011 and Ecom Express in 2012), and were especially focused on solving ecommerce’s last-mile delivery challenge. So Wow Express had to figure out a niche.

Founders Sandeep Padoshi, Mazhar Faruqi and Jayesh Kamat, who between them have over 50 years of cumulative industry experience, realised that no one was providing first-mile logistics service. In first mile, the service provider moves products from the seller to the ecommerce firm’s warehousing facility or to a sort centre from where packages go further for middle-mile transport or last-mile delivery.

This is exactly what Wow Express did—offer first-mile logistics as a solution.

But we knew last mile was the real game we needed to play in. First-mile commissions are one-sixth that of last mile. But with the first-mile service we were able to build our customer base and show them our capability and that’s how we won last-mile clients,” says Sandeep, Co-founder of Wow Express.

This focus on first mile in the initial days gave the startup another advantage. Wow Express used to sort packages by destination address and hand over parcels to the last-mile delivery companies. In the process of sorting, the company got valuable insights into where orders were coming from. Remember this was still the early days of Indian ecommerce.

This is why Wow Express launched centres in places like Ludhiana, Jalandhar, Tirupur, and Coimbatore after metros instead of first covering all state capitals before expanding to the next set of cities and towns like other logistics players. These cities were seller hubs that also had high order volume.

The idea, as Sandeep says, was to not just focus on the top line. “The idea was to find a niche and work with players who appreciate the niche. Our name itself gives a lot of responsibility. The expectation is much higher, to always deliver a wow experience,” says Sandeep, 41. The company quickly grew to 10 seller hubs, and raised seed funding from the Tamarind Family Private Trust, the family office of the Mansukhani family, co-promoters of the company that owns Onida. It later got two bridge rounds in 2016 and 2017.

The other contrarian strategy they went for was to focus on air transport for intra-city movements. The entire ecommerce industry has, for the past three years, focused on building and improving efficiency of surface transport as this is cheaper albeit slower.

He claims that the company can afford to do this because the focus has been to improve efficiency of the delivery personnel—service marshals in Wow Express’ books—ensuring more deliveries per marshal per day.

“We work with those who value turnaround and service. Ecommerce companies are focusing on reducing costs now because they are not making money. When they start marking money they will push to improve service. We believe the ecommerce industry will start making money in the long run and then we will have the upper hand,” Sandeep says.

Wow Express is present in 42 cities now, across 17 states, covers over 1,500 pin codes, and has a team size of 850. The company works with over 40 ecommerce players, including specialised ones like Nykaa (among Wow Express’ biggest clients), Voylla and Tata Cliq, and does over 20,000 shipments a day. It also works directly with HP to ensure same day or 24-hour delivery of printer cartridges.

Businesses, however, need to diversify. The opportunity for Wow Express presented itself when specialised diagnostic chain Lilac Insights reached out with a requirement to transport lab samples.

“Ecommerce will give us the volumes, but health-related logistics is a $200 million opportunity in India,” Sandeep says. What remains unsaid is the fact that ecommerce logistics is increasingly getting crowded and large volume generators like Flipkart and Amazon are constantly investing in expanding their own logistics capacity. Focusing only on one category would be akin to putting all eggs in a basket.

The company launched Wow Health Express about six months ago, with the first three to four months dedicated to the pilot with Lilac. Today, Wow Express works with many other pharma and diagnostics companies, including Cipla, 1 MG, 3i Molecular Solutions and Healthcare, and Sehgal Path Labs, apart from Lilac. The service is available in five cities now—Mumbai, Bengaluru, Delhi, Cochin, and Chandigarh.

The company picks up samples from collection centres, which could be hospitals or diagnostic centres, and transports them in specially built temperature-controlled bags to central laboratories in under six hours. The company has scaled operations to 1,000 samples a day, and is targeting to grow to over 10,000 samples a day.

The service marshals are specially trained as they need to know how to handle samples, and how to store them in the bags. It is from this point of view that the company has already hired a couple of women nurses, as these professionals already have training on how to handle samples. Wow Express intends to hire more nurses for this service.

Wow Express has completely digitised sample logistics. The marshals have an app to manage the deliveries, while customers have a backend ERP that gives them complete visibility over the delivery. Apart from sample collection, the company also does cash collection and report delivery.

Rakesh Sharma, Director of Lilac Insights, says he was looking for a logistics partner as they are not experts in this area.

We are not logistics experts and we had issues about timely pickup. We also didn't want the usual local courier guys. We wanted an automated solution that allows us complete tracking of the shipment. These are sensitive packages and we wanted a more personal service. We had tried a large international logistics company, but found them very unapproachable. We found Wow Express agile, sensitive, and very approachable. The automation is good and now we have visibility end to end,” Rakesh says.

Lilac piloted with Wow Express in Mumbai and has now scaled to Pune and Delhi. Rakesh says they will gradually start using Wow Express in all the 45 cities the diagnostics company operates in.

Going straight to the consumer

There is more. Wow Express launched Wow Now, a courier service aimed at individual consumers in late 2017. The company has converted 25 of its over 70 centres into courier collection centres. So far, it has only done local marketing in and around the localities where its collection centres are present.

But Wow Express plans to scale up this service in a big way in a month. It is piloting an app through which a customer can request a courier pickup. A service marshal, already on the road for a delivery, gets assigned and picks up the parcel. In cities not directly serviced by Wow Express, the company has partnerships with other logistics companies. Wow Express will service international deliveries too.

It makes business sense to target the much larger logistics market rather than just focusing on ecommerce logistics. A study by advisory firm Alvarez & Marsal estimated that the organised logistics sector could be a $50 billion opportunity by 2025. The sector is mostly unorganised, with organised players making up under 20 percent of the industry.

A number of startups have come up in various segments of logistics. Apart from Delhivery and Ecom Express, Rivigo and Blackbuck are two players that have scaled up rapidly and also raised significant capital.

Wow Express is also in the market for its Series A fund raise, which will be around $5 million to $8 million in size. With the funding the company intends to expand to 100 cities in all three verticals—ecommerce, health, and consumer courier.

Wow Express is at around Rs 26 crore top line right now, says Sandeep, and is targeting to hit Rs 100 crore in under three years.