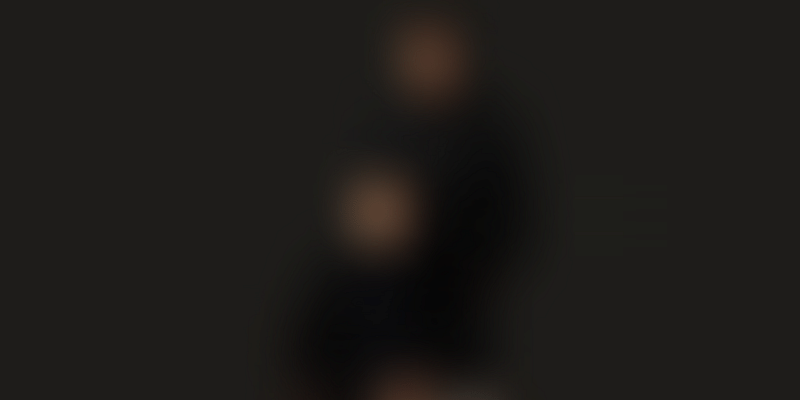 Valley View Organic Orchard is the realisation of a #PassiontoPaycheck dream

The tiny village of Kangar is nestled in the inner foothills of the Himalayas on the border of Punjab and Himachal Pradesh. You won’t find it on any map, which is something of a blessing for the 40-odd villagers who call it home. The sunsets are golden, the soil fertile and on a clear winter day, you can see the snow-capped peaks of the Himalayas for miles. Legend has it that soldiers from the retreating armies of Alexander the Great decided to remain in this land on the banks of the Chakki river and make it their home, a fact borne out by the tall, light-eyed villagers with naturally blond-streaked hair, who greet new faces with curious smiles.

When Yatan Ahluwalia visited the area in 2008, he knew he had finally come home. Yatan, one of the country’s leading image and grooming consultants, and his partner Edward Joseph Mendonca (Jojo), a leading hair and make-up artist, decided to buy land and spent three years laying the foundation for a thriving organic farm, before settling there in 2011. It was a complete change of scenery for the die-hard city dwellers, who had lived across Delhi, Bombay, the UK, the US, Greece and France.

Valley View Organic Orchard & Farmstay is a 14-acre certified organic fruit orchard that grows about 42 types of seasonal and exotic fruits, a variety of vegetables and an assortment of herbs. “We also produce all our own pulses and wheat; oil and spices, and the milk is from our resident cows. We generate our own solar power, and divert the surplus to the grid to power more homes. We make our own bio gas, organic manures, and boosters, with natural materials and ingredients found on our property. Our entire estate is environment friendly, and we try to be as self-sustainable as possible,” Yatan adds.

It was declared a “startup” by the Government of India two years ago, in a sector that is largely unorganised, and small scale. “After the incorporation and legalities were complete, we launched a range of organic handmade products: jams, preserves, chutneys, face and hair masques and pure pink Himalayan salt,” he says. The products, which retail under the Valley View Organic Orchard & Farmstay brand, are available at 20 locations across eight cities including Delhi, Gurgaon, Noida, Mumbai, Hyderabad, Bangalore, Chennai and, Kolkata, and on their eponymous website. “We also directly ship our products to customers across India through an efficient farm to table logistics set

“India is still in its infancy in the organic foods space and we have a long way to go before we witness a revolution. While awareness is at its peak, a majority of the population cannot access or afford organic products. The government needs to do a lot more in terms of incentives, subsidies and providing logistics to organic farmers. There are too many middlemen making money, while the organic farmer continues to get unfair prices for his / her produce. The end consumer suffers owing to high prices because of unfair margins by agents and organic stores.”

Not quite easy living

For those who think he is living a charmed life, Yatan is quick to dispel that notion. “Contrary to what friends think, we don't just lie around in a hammock and relax. Our day starts at 5 am and by 8 am the farm is up and running,” he says.

Yatan says that there are two shifts of workers, between the ages of 17 to 70, to be managed each day. “Add to that the international volunteers (Valley View has hosted 99 volunteers from around the world over the last four years); and the six cows, 12 dogs, and 6,000 trees and plants that need to be nurtured, and you can imagine. But it doesn’t end there. When the farm work stops at sunset, that’s when the shipping orders are handled,” he says.

There is also work to be done for Y&E Style Media Pvt. Ltd, their grooming, image management and fashion styling company. “We have worked on everything, from fashion features, to television to advertising campaigns and grooming training for hotels, airlines, banks, hospitals, media, and other service sectors. Within the first five years, our client base grew by 500 percent. Today, we work with a very select clientele in the hospitality, aviation, banking and service sectors. Our talented team of over 10 trainers conduct sessions and audits, on a daily basis, across India,” says Yatan.

From style to sustainability

Yatan says rural living comes with its own challenges. “It is not just about learning to live with this pace of life. There are the very real problems of getting water and electricity connections, building cottages and running the businesses from a remote rural location with extremities of weather and an unskilled workforce! You just have to learn to live with nature and not fight it,” says Yatan.

There are ambitious plans to expand Valley View’s offerings, but only in a ‘staggered manner over the next few years. From 2018, there are plans to retail their produce in Germany, the EU and the US.

“We will soon be starting an exclusive organic farm stay, which will boost employment as well as promote rural and farm tourism in the country. Our farm stay is being built on an ecological model with natural and locally sourced materials. It will be a green building project powered with solar power, recycled wastewater and rainwater harvesting systems. The building project will have zero to minimum impact on the environment,” he adds.

Yatan says that the #PassiontoPaycheck journey from urban scape to organic space was driven by an idea, and loads of patience and determination, and that is his advice to others who want to embark on a similar journey.

“Also, money… we are entirely self-funded, so I would advise anyone who wants to make this transition to save and invest what you can while you are working! You have to have a fund to follow your dreams and ideas.”

“It’s hard work, but waking each morning to bird song, pristine air, the view of the valley and the Himalayas, the freshest produce, the sense that you belong to this piece of Paradise, and that you are contributing to preserving it, makes it all worth it,” he says.