Meet Adarsh Bhat, who shed his corporate life to help local communities in a small town in Karnataka 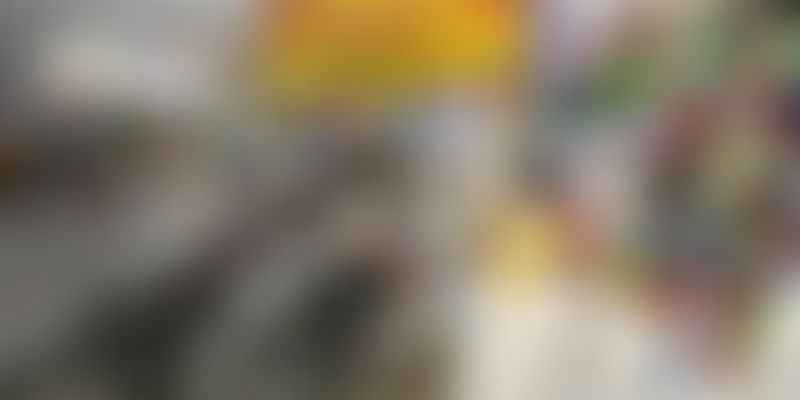 Adarsh oversees the activities of Panchabhuta Conservation Foundation in coastal Karnataka, which also organises programmes that educate city-dwellers on growth that does not compromise nature or local culture.

When I stepped into the coastal town of Kumta in Karnataka, I was all ready to be greeted by frothy waves, blissful isolation and views and experience that I could feed off for a lifetime. Indeed, that was my plan for a short holiday by Nirvana beach. But then, as luck would have it, I not only got a break that was much needed, but also came across an organisation whose principles are steeped in sustainability and conservation, ideas that definitely appeal to this city girl.

Overseeing the work at Panchabhuta Conservation Foundation is Adarsh Bhat, who chose to pursue this line of work than the far more lucrative corporate life. After graduating from India Fellow program, he joined the foundation in the hopes of spreading awareness on the practice of sustainable living.

Over the course of a few conversations, Adarsh told me his life story and how he came to choose this path for himself. He is a Mangalorean who grew up in Kasargod, Kerala. His formative years were spent in Rishi Valley School, Andhra Pradesh, and from there he went onto studying Economics at the Jai Hind College. Tracing back his love for sustainability and conservation of nature, he says that the residential school instilled the ethos of environmental friendliness, conscious living and being in sync with the environment from the very beginning.

While he was at college, he landed himself a job at advisory outfit Parthenon Group.

The job made me financially secure and gave me the much needed experience even before I graduated and landed a job at Google, Adarsh recounts.

Finding purpose at the fellowship

Adarsh was given a position in the Adwords department at Google but this did not satisfy him. In the fear of being straitjacketed into a cubicle, he rejected the job and instead signed up for India Fellow Program. At the age of 21, he found himself in rural Orissa. In the 13 months that he spent there, he worked with two different NGOs, where governance and public distribution became his interest areas. When this came to an end, he gathered all his learnings and moved to Uttarakhand. This was also the time when the state was battling devastating floods and landslides, facing the country's worst natural disaster since the 2004 tsunami.

“I lived in Uttarakhand for a year, planning alternative livelihood options that will go beyond relief camps and mitigate widespread calamity. This long-term plan led to soap-making units and agarbatti factories that provided small employment opportunities. What started with five people has today evolved into a workforce of over 70 people who are employed under the same system, practising these jobs full-time," Adarsh explains.

An adrenaline junkie, Adarsh then took a year off to indulge in adventure sports, rock climbing and slacklining. His love for slacklining is evident even on the Panchabhuta campus, as the trees hold the two ends of the rope on which he often practises.

The coming together of five elements

Located about 200 metres from Nirvana beach at Kumta, Panchabhuta Conservation Foundation was founded by Mangaldas Shetty, a corporate veteran. This coastal town slopes gently into Aghanashini, which is one of the few rivers in the country that is pristine, undammed and flows uninterrupted into the Arabian Sea. Fortunately, the river has no polluting industries on its banks, which certainly helps the cause of researchers, biodiversity and marine experts who study it.

“According to Mangaldas, there are two different lenses through which one should look at conservation: one is to look at bringing back what is already destroyed, and the other is to preserve something that is already existent and maintain it for the generations to follow. We chose the latter and started working with the localities in maintaining the river ecology," says Adarsh.

Panchabhuta is not a space for nature activism but a middle ground for the model of capitalism and how to ensure that the nature does not take the brunt of human disturbance. Through the organisation we are looking at businesses that are looking to natural resources as more practical tools, and encourage livelihood options without contributing to nature’s destruction, he adds.

The underbelly of development is unchecked and unsustainable growth. The folks of Panchabhuta intend to separate themselves from that kind of narrative. Instead, they wish to empower the local economy and communities by adopting a closed loop model, wherein one individual harvests, another processes, and when the final product is rolled out, yet another individual is benefited. Although development may be not be rapid in this process, this is a far better approach to conserve natural resources, the foundation maintains.

Spreading the power of five elements

Today, the organisation creates homestay modules, and teaching and learning programmes that target schools and colleges. With the homestay module, the locals who own a land and are interested in building hospitality businesses are brought on board. Sustainable living solutions like using wood instead of concrete are some of the ideas that are proposed through the organisation. The homestay model is targeted at capturing the local cuisine and culture, with the Panchabhuta team helping the locals in marketing, outreach and access to finance.

People in the same community may take their local culture and tradition for granted, but someone from somewhere else may be interested in it. When you bring people from other cities to the local communities, there is a knowledge transfer that happens, Adarsh says.

The five-year-old organisation spent its first three years building learning modules that would benefit college and schools in nature conservation. So much so that the name ‘Panchabhuta’ was picked, as it captures the concept of five elements: wind, water, air, fire, earth, since all their work is around these elements.

The organiation makes money from its collaborations with other organisations and institutions in conducting residential programmes that educate people on flora, fauna, and marine ecology. Researchers from around 25 countries have so far visited Panchabhuta. Learning Journey, the organisation’s week-long in-house programme lets schools and colleges get a firsthand experience of the local life by giving them an opportunity to live with the community.

Adarsh explains how the programme serves the purpose of giving city people a hands-on experience of living sustainably. “Some are certificate courses and some are mostly experiential programmes,” he adds.

Organisations like the Indian Institute of Science (IISC), which also has a regional office in Kumta, along with Dakshin Foundation, Bhoomi College, among others, have collaborated with Panchabhuta for various projects.

Adarsh says he is proud to oversee the work done by Panchabhuta Conservation Foundation, which, he hopes, will inspire more people to adopt sustainable living and livelihood practices.