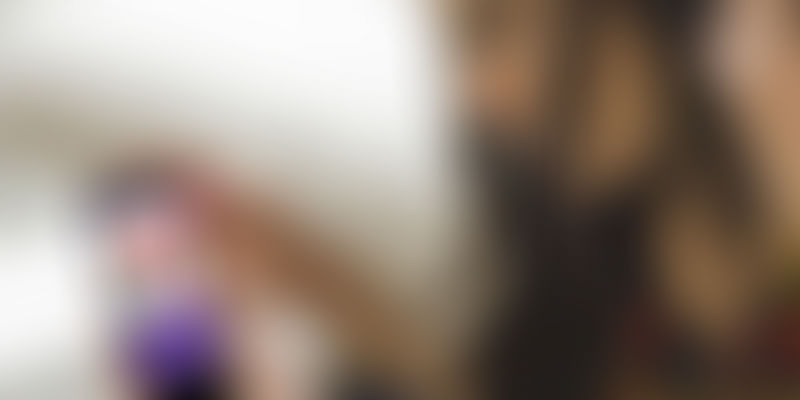 With a focus on user interface and privacy, 12K installs and a 4.5 rating, FinArt aims to make personal money management a more relaxed experience.

Dinesh Garg and Harvinder Singh were in college together and are currently based out of Bengaluru and Chandigarh, respectively.Despite being in different cities, they have continued their friendship and over the past two years they have been collaborating remotely on a money manager app - FinArt.

Talking to YourStory, Dinesh explained that the USP of their app is that it is non-intrusive and respects privacy of user data .

Dinesh and Harvinder have over 15 years of technical and management industry experience, in software and semiconductor domains. Having handled key projects for global players such as Intel, Apple, Broadcom, etc. along with international work stints in th US, UK, France and Japan, they realised the importance of privacy when it came to handling finances.

But then again, technology tools have the power to make handling finances easier. Keeping these two considerations in mind, they decided to build a personal finance product. The app was launched in March 2016 and has been growing organically since. Dinesh claims,

It is the only app in industry which offers a ‘Private Mode’, which means the your data would remain private to you. There would be no flow of data outside your phone and hence by definition, it is much more secure than any bank grade security where some data travel is happening.

FinArt has 12K installs as of date on the Google PlayStore and a rating of 4.5.. Dinesh noted that historically Indians have not been big on privacy. But the misuse of data on national and global levels are only beginning to hit us now and Dinesh believes that Indian consumers are becoming increasingly aware.

According to Dinesh, the term, “When a service is free, you are the product” holds true in the current scenario. He cited the example of the recent Facebook and Cambridge Analytica controversy and how Europeans have realised the importance of data privacy regulation - General Data Protection Regulation (GDPR)- and are in the process of implementing it.

Given the overall climate, Dinesh notes that the app is now seeing renewed interest globally and in India.

Elaborating on the name, ‘FinArt’, Dinesh said, “We strongly believe that finance is an art and our lifestyle becomes lot more relaxed and joyful when we manage money in a disciplined manner.”

FinArt works by consolidating a user’s expenses and bills from different bank accounts, credit cards and mobile wallets and shows them through charts and lists, in order to help users gain insights from their spending patterns.Talking about how it works, Dinesh explains,

There is no manual entry required, although you can do it if needed. The app reads the SMS delivered to your phone by the banks and service providers and automatically lists and categorises the expenses.

It shows the monthly expense trend, average spend from last six months in total or on a particular category such as dining. Users can also track their spends and track where they are spending the most or least amount of money each month. Some of the interesting features include:

Elaborating on data privacy and security control, Dinesh re-iterated that they don’t ask for email or phone numbers at the time of registration and a user’s personal or financial data never goes out of their phones. Explaining a use case for the multi-device sync feature, Dinesh explained that it could be used by couple or a family who wants to get together and manage the family finances.

FinArt works on an annual subscription model with a 45-day free trial. Talking about its current traction, Dinesh noted that it was recently able to get into the top 10 grossing apps in the finance category.

He also added that almost 80 percent of its current user base is from India, while the remaining 20 percent are users from across the world. The app includes multi currency support and is hence suited for international markets too.

While it is still early days, Dinesh believes a subscription model instead of the more popular advertising supported model will gain mass adoption in India soon. He says, “While the subscription model is relatively new for the Indian ecosystem, it is a natural preference for those who have already subscribed to products and services like Amazon prime, Netflix, Hotstar, or Gaana.”

The personal wealth management space has seen a lot of interest in recent times as more consumers are becoming aware of their spending patterns and wish to better manage their money. Some of the popular players in this space include Walnut and MoneyView. Talking about the competition, Dinesh says,

While they are free to the consumer, the monetisation is done by upselling financial products such as loans and insurance. Walnut recently introduced Walnut Prime - a loan product while Money View has a dedicated app for loans.

Bootstrapped so far, FinArt believes that its non-advertising and subscription approach is a better solution in the long run. It will be interesting to see how the Indian market responds though. Dinesh and Harvinder have so far been juggling their day jobs with working on the app in their free time. Depending on how the product does in the next few months, they plan to venture into the project full time.

FinArt is currently available only on the Google PlayStore, as the iOS ecosystem doesn’t support the expense tracking feature and hence the duo isn’t exploring a similar app for iPhones.