This college dropout is looking to harness pedal power with Letscycle, a bike sharing startup 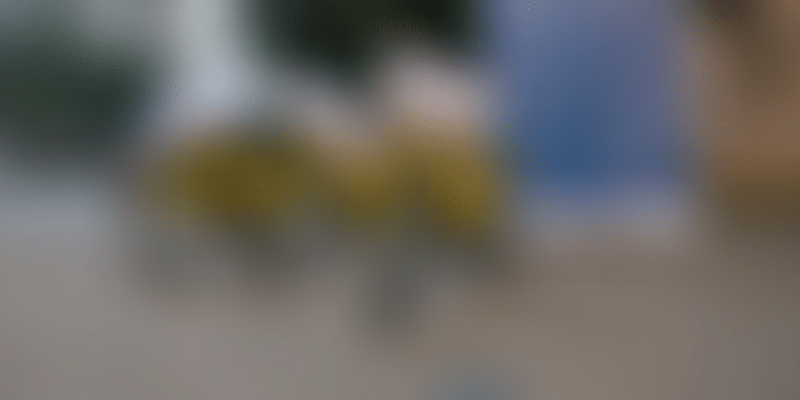 Based out of: Delhi

Trying to reach somewhere fast? Especially in any of the Indian cities? Cycles or bikes seem to be the best bet. Even if you’ve decided to take a car or a travel by public mode of transport, commute in India has its challenges. There may be several different routes to reach a destination, but it isn’t uncommon to take a route through smaller nooks and corners.

Looking at this aspect of the commute, 24-year-old Vansh Taneja, realised that cycles worked the best in these conditions. However, he also understood that there was little incentive for people to ride a cycle.

He thought that if a network of cycles is created and can be used by all people on a shared basis, it would give a massive impetus in solving last-mile connectivity. Vansh, a college dropout had earlier tried his hand in starting up a few companies; but LetsCycle, he felt, was the best bet.

LetsCycle is a Delhi-NCR-based dockless bike sharing startup, where users can pick up a cycle from any location and drop it off at any location.

The team and challenges

Once he had the idea in mind he roped in Harsh, who was working with Rubique and was working with Vansh on their telemedicine app Hellocare. They also roped in Ankit and Tarun. The four founders had worked with each other for over a year.

However, setting up dockless bicycle shares comes with its own challenges. It is an operation-intensive setup.

Vansh explains, “To start with, we have been doing a lot of iterations on the bicycle end. The best bicycles manufactured today in India by the biggest companies like TI and Hero are not built for public use and sustain for longer periods without constant checks.”

Vansh says any cycle is an assembly of 34-40 different small and big parts, all of which are assembled in a standard manner. Other than that there are lots of little things that needed to be completely redesigned against industry standards.

“Unlike most of our competition, we first went to a lot of the manufacturers to solve the different needs and requirements, and work on need-based customisation. The focus was end-to-end control of every aspect,” Vansh says.

Apart from selecting the bikes, the team realised that bikes needed to be deployed in different places and locations. This meant trials and errors across different townships, college campuses, and areas.

Each bicycle has a QR code and a cycle number. The user gets an unlock code on the app through which he can unlock the cycle. She can then ride the cycle to the required destination and drop the cycle there. S/he then locks the cycle, which is then available for other people to ride.

The team is also launching more cycles in existing cities- Delhi, Bengaluru and Chandigarh to enhance user experience. The team claims to have over 140 cycles and more than 500 users in over a week.

Bike sharing is a hot trend. Earlier this year, Ofo entered the US market with 1,000 bicycles in Seattle. New York’s Citi Bike, with 10,000 bikes and 236,000 subscribers, is the largest player in the US.

Beijing has 700,000 shared bikes, and 11 million registered users, nearly half the capital’s population. Investors believe that with inexpensive rides and looking at the success in the Chinese market, the models can be easily replicated in India.

Mobycy raised seed investment of $500,000 from an angel investor in the US. Apart from that Mobike was acquired by Didi Chuxing for $2.7 billion, earlier this year.

Cycling into the future

“At the moment we are the only fully dockless bike sharing startup in India without global positioning system (GPS) locks. We are focusing more on user education in the townships we are operating. There are a lot of things like basic economics around the cost of the bicycle and metrics everyone is targeting.

Other than that the go-to market is different for everyone and is also a win-or-lose factor. We have a subscription as well as pay-as-you-go model. The user pays a subscription fee and can ride the bikes unlimited number of times after that,” Vansh says.

If you see bicycle sharing as a whole, there is a standard cost of buying assets, maintaining, and re-assembly for every player, which might hugely differ ranging from 2-3x in just the cost.

"Since Letscycle works on a subscription basis, it will cover the cost of vehicles through economies of scale. The more subscriptions we sell per unit bike, the more is the revenue. Users will buy a subscription only when they see enough cycles in their vicinity, hence building the network effects,” Vansh says.

Currently bootstrapped, Letscycle will launch more cycles in to enhance the user experience. “We are also talking to institutions to put our cycles on their campuses,” Vansh says.