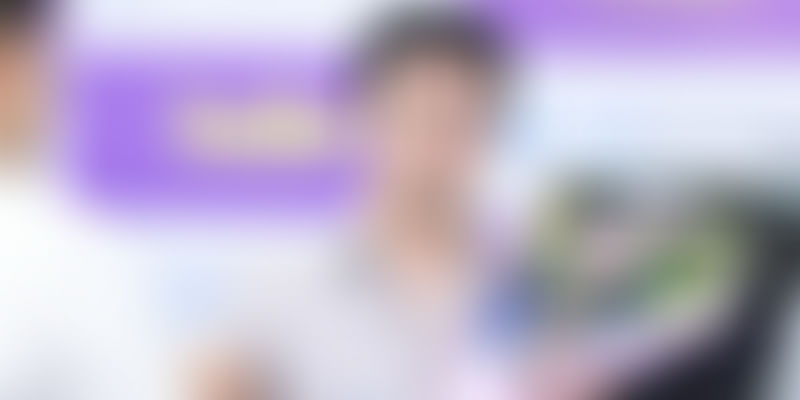 With one million users in Brazil, and 35,000 here in India within three weeks - are we going to witness an encore from Orkut Büyükkökten?

"My dream was to connect all the Internet users so they can relate to each other; it can make such a difference in people's lives."

Orkut Büyükkökten’s message echoed in the corridors of the Google office in 2004 when he was on the brink of giving the world something that would be a paradigm shift in the way it communicated. The very endearing Orkut seemed to be the embodiment of this sentiment, in that all his interactions have this visceral sort of candidness. So, it was no wonder that Google insisted he name his invention after himself.

I suspect his new venture, Hello—launched in Brazil in 2016, and the latest of his four in all—was also named in a similar fashion.

At a Mumbai presser marking the end of his three-week promotional tour for Hello - spanning Delhi, Mumbai, Pune, Chennai, Bengaluru and Hyderabad - I expected him to make a flamboyant entrance ripping through a banner, but, instead, Orkut sauntered in while the organisers were still scrambling to get him miced up, cheerily propped up his hand and greeted the crowd with a sunny ‘ello!’

And if the initial numbers—1 million downloads in Brazilian with users spending over 320 minutes a month on it—on his social networking app Hello are anything to go by, your experience on his latest stride in social networking will also be this pure and unbridled.

YourStory gets the answers to the questions on everyone’s minds -

The rationale behind choosing India

India was one of Orkut.com’s two largest markets by a substantive margin; therefore, Orkut B. chose India—savvier than it has ever been—once again, for his comeback, with yet another idea that he hopes would only bolster India’s already inherent sense of community.

“If you look at India, it has the biggest mobile market after the US and China, and the revenue per capita has been increasing consistently,” notes Orkut.

For its beta test—conducted primarily to sniff out the nuances of this beautifully plural land—the company required just a couple hundred users, but saw 35,000 organic downloads from all over the country, instead.

How he got the domain name ‘hello.com’

When Google acquired Picasa in 2006, ‘hello’ was its photosharing client. Eventually, Picasa was discontinued and renamed Google Photos. Google also happens to be one of Orkut’s investors when he launched Hello.com. “We simply asked if we could use this domain, and they gave it to us. They are super excited!” Orkut explains.

How Hello is different

It might seem that between the other myriad sites and apps that we currently use, all the different ways of social networking have been covered – but Hello, Orkut says, is a paradigm shift in the space.

The primary difference is that when it comes to Facebook, Twitter or Instagram you mainly see and share content from among your own friends, acquaintances and family. Hello is all about giving you content pulled from all its users, based on the interests you have. “Hello is all about meeting new people. We have a very unique topology on Hello – there are 120 interests that we call ‘personas’. When you sign up, the first thing you do is you pick the five personas you are the most passionate about – and seeing content relevant to your interests that you otherwise won’t stumble upon through your known circles,” explains Orkut. If one Googles ‘social networking’, you will find out it entails essentially what Hello aspires to do.

One stark revelation that came forth during the beta testing and initial roll-out was that the app was way too complicated, as scores of users took to the comments section of their Play Store listing to point that out. Orkut, however, demystifies this notion. “In terms of complexity, there are social apps that we have been using for a long time – like Facebook or Snapchat - which are also incredibly complicated. But because we are so used to them, we don’t even realise how sophisticated they are. Hello’s learning curve just takes a couple of days - it is only a matter of time. In fact, on our agenda is working with local designers who have UX/UI experience for Indian products to further customise the offering,” he says.

“Silicon Valley has a very tight ecosystem and we were introduced to Jet by a common friend, who spoke very highly of Rajan (Navani, Managing Director and CEO, JetSynthesys). With Hello, our competency is tech, product, and thought leadership in social networking, but we don’t have expertise in operations, marketing growth when it comes to India – which Jet does. It was a perfect fit,” says Orkut.

Noting the difference in the mobile landscape in India, Orkut adds, “We had to create support for older versions of Android like Kitkat. Connectivity can be easily interrupted, and the bandwidth is lower in general compared to the US – so, we added functionality to support lower bandwidths.”

Constant feedback and insights helped enhance the experience, in terms of content and functionality. “We added new passions or ‘personas’ as we call them –Bollywood, cricket etc. Being here on the ground, we also learnt how beloved chai is, so, we added ‘chai-lover’ as a persona as well. It’s been an amazing journey meeting old Orkut and new Hello users,” he adds.

Orkut does want to introduce advertising to the Hello ecosystem, but has a rather staunch stance on funneling data in a way that doesn’t overstep boundaries in this world where companies are constantly skirting the rules. “Social media has become really creepy - they are tracking your clicks, they are even tracking how many times a day you call your mom. The ads you see follow you around everywhere you go with Cookies. They hide it in the fine print that no one reads. With Hello, we don’t share or sell user data – we only use that to enhance your experience on the app. If you are looking at many cat videos, we will only use that information to provide you more relevant cat videos,” says Orkut.

The distinction, he explains, is this – while Facebook monetises data and serves an ad based on who you are by being highly intrusive, on Hello, the ad is based on what kind of content you like, and on the personas one chooses. For instance, if you like running, you will see an Adidas ad. “It’s not just about the brand getting the right user, it’s about the user getting the right brand,” says Rajan, adding, “When you opt in to your interests rather than opt out of ads, that’s where the difference in user experience lies.”

The beauty of social networking is that if you get the product right, it sells itself. Jet Hello is relying on this principle to create buzz. The next natural step would be to leverage JetSynthesys’ own user base of several million, pan India. “As a company, celebs have been close to us – and given Indians’ adulation for celebs – be it Bollywood stars or sportspersons or influencers - leveraging that would also be a good place to start,” says Anubhav Tewari, President of Jetsynthesys.

Where Orkut will be saying ‘Hello’ next

Next in the pecking order are North America – namely the US and Canada, followed by Europe, the UK, France, Germany, Japan, Korea and Singapore. But, currently, Orkut says he is focused on India.

Lessons from Orkut.com for Orkut Büyükkökten

The most wonderful thing about Orkut was communities, Orkut notes. “It was a safe place to express feelings. We are carrying forward the same philosophy. We created Hello with a clean slate, though. And we architected it for the new generation, which is very different than the generation we had a decade ago,” he says, signing off.